I’ve come a long way since the unfortunate incident with the dog poo in my first week in Belgium, but judging by the looks I received today on my walk to work I have some way still to go before I am permitted to leave the realm of the social faux pas. What, you may wonder, was my terrible gaffe? Wearing trainers to work – and not just any trainers, oh no, brightly coloured trainers, no less, with black tights. Zut alors! You see, compared to England I think it’s safe to say the women make more effort with their footwear in Belgium. Whereas in London women pacing about in sharp suits and Adidas is commonplace, here things are a little more…refined. And increasingly I’m getting the feeling that most women would rather die than be seen wearing pink and purple sports shoes with their work outfit. Well, bully for them, but as a moderate over-pronator who is still recovering from a slipped disc I say this: It will be me, who has shunned fashion in favour of comfort and sensibility, who has the last laugh in old age. So there.

Here are a few things I have noted since my last post:

(In the words of Crowded House). Belgium is a city of contrasts, and never more so than when it comes to the weather. It’s true to say there are more grey and drizzly days here than in the UK, but what is also true is that a single day here can take you through an entire year’s worth of weather; cold and grey first thing (Winter), cold and bright later in the morning (Spring), beautiful and warm in the afternoon (Summer) and overcast and blustery as hell in the evening (Autumn). Yesterday (8 March) it was even warm enough, at 16 degrees Centigrade, to sit outside and have the first barbeque of the year, so I’m not complaining!

I’ve learned some traffic lights say green for pedestrians to go, but cars are still permitted to go too if there are no pedestrians there (or at least I think that’s how it works). But when it comes to pedestrian crossing etiquette I’ll admit that I’m completely lost. Cars at least do seem to stop when you step purposefully out in front of them, but try doing that with a bus at a pedestrian crossing and they’ll be scraping you – and your brightly coloured trainers – off the road along with the dog poo.

Despite complaining about the miserable weather at every opportunity, Belgians don’t always help themselves. For example, out of an office of 16 people (admittedly most of whom are not Belgian, so I guess this applies to a wider cross section of the populous), I’d say at least half have a penchant for sitting in the dark rather than turning on their office lights. Granted, the strip lighting effect is not a particularly pleasant one, but in the absence of natural light I’ll take any light over total darkness. For me, that just goes without saying… 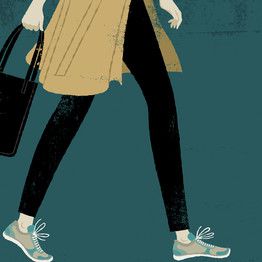