It’s been just over five weeks since we moved to Brussels and so far it’s going really well. We’ve now moved out of our temporary ‘box’ flat into a more permanent apartment that’s about three times as big (if not more – it’s certainly true you get more for your money here in terms of rental properties), and I’m in my third week of my new communications role which is teaching me a lot about the European Union and its many quirks and frustrations. I’ve also met some lovely people, through my partner’s work, my own work, some contacts from back home and my new writing group.

Over the past few weeks I’ve been compiling a list of things that are different (both in good and bad ways) to back home in the UK, so I will now attempt (in no particular order) to summarise these as follows:

few weekends ago we went to a Mos Def gig at the Ancienne Belgique, which I understand to be the biggest concert venue in central Brussels. Given that we’re used to venues like the Brixton Academy, where there is the omnipresent risk of being stabbed, it was both strange and refreshing to encounter such a different musical environment. For starters, instead of a grubby cloakroom with a bored and deeply untrustworthy looking attendant there were lockers in the basement for people to put their belongings in – lockers, can you imagine?! And then there was the bar system, which involved a pre-pay token arrangement that meant almost no queues and jostling for drinks. Even the main concert area felt altogether more civilised (aside from the fact almost everyone around us seemed to be smoking weed, which was the one area where we actually could have been back at the Brixton Academy). As my boyfriend commented: “I could take my granny here it’s so civilised. I’m not sure I like that.”

Although at first I wasn’t sure how I would feel about sitting in an office by myself, this is one I’m definitely coming around to. Coming from the UK charity sector I’m used to four people minimum huddling around one shabby work station, and hardly being able to hear myself think for all the incessant chatter and constant phone calls going on around me. In my new workplace, everyone has their own office, and if they want peace and quiet they shut the door. Simple. Peaceful.

And while I’m on the topic of work, ridiculously complicated employment rules aside (‘thirteenth month’ holiday pay and a plethora of tax-related loophole measures including lunch vouchers and transport/laptop/phone reimbursement), there are some things I do totally dig about working here, such as the flexible working hours – the ‘core’ hours I have to be in the office each day are 10-4, outside of that I’m free to come in/leave as early or late as I like so long as I’ve worked a full day – and extra days holiday back for working an additional hour each day (working days are an hour longer here than in the UK, but who actually works their contracted hours in the UK anyway? I don’t remember a day I didn’t work at least an extra half hour unpaid).

Here’s one I’m less fond of. As a Brit, I love an offer – show me a BOGOF deal and I’m in there like a rat up the proverbial drainpipe. But here in Belgium they just don’t seem to ‘do’ offers. Not in the supermarkets, not in the beauty shops. They do the odd ‘bargain price’ special, but not the plethora of ‘two for one’ deals you get back home. It just doesn’t feel right. Or, more specifically, it feels like I’m permanently losing to the system.

I mentioned this above as a negative, in the sense that it is one of many complicated employment contract stipulations, but since it benefits employees I suppose it’s actually a positive. Giving workers lunch vouchers (yes, literally – this is the closest I’ve felt to living in wartime) is, in essence, a tax loophole. And it also makes me feel less guilty about buying myself delicious lunches every day. Every cloud…

It was a huge shock to the system a few weeks back when I went to the toilet in a bar near our flat and, thinking I’d accidentally walked into the men’s, hastily had a wee before running out red-faced – only to discover in many bars in Belgium the toilets are, in fact, unisex. I will never, EVER agree it is a good idea to make women watch men using urinals. It’s just gross.

I learned through near-fatal experience in my first few days residing in Brussels that motorists take a laissez-faire attitude towards stopping at pedestrian crossings. I’ve since learned that a confident stride and determined expression can do wonders for their brake control.

I can’t say I wasn’t warned that Brussels was the wettest and greyest city in Europe, but the first few weeks were so glorious and sunny I just couldn’t believe it. The last few days, however, have changed my mind. It hasn’t rained much since we got here, but when it does it’s almost biblical. And as for the grey skies, let’s just say I’m starting to think it may be time to buy a lamp for Seasonal Affective Disorder…

Oh yes, I almost forgot! After harping on about the glorious NHS I’m afraid I’m firmly moving to a position in favour of privatisation. Here in Belgium you register with a ‘mutualite,’ or insurance company, and for a small fee each month you are technically covered for health and, if you so wish, dental care. If and when you need an appointment you can go to ANY doctor or dentist, you pay an appointment/treatment fee and then you claim the majority of it back through your insurance company. After years of torturously bad service in London, sometimes waiting up to a week for an appointment when I was in desperate need, I have to admit this system is a breath of fresh air.

So that’s it for now. I will no doubt be updating further in the near future… 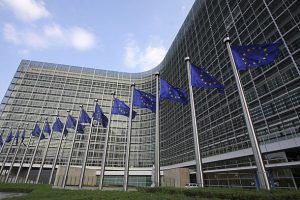