I would like to share my experience with SERASA EXPERIAN, a digital certificate company in Brazil. I think they have a way of doing business that is unethical, to say the least.

First of all, when I’m referring to “running a business”, I mean a LEGAL business, not a illegal “free lance” business, like the ones I see a lot here in Rio, usually run by people on a tourist visa, who are not allowed to work or have any remunerated activities in Brazil. (more info about residency or setting up a business in Brazil)

When you are running a business in Rio de Janeiro  you have to issue a nota fiscal eletrônica (Nf- e,  or “nota Carioca”). This is done on-line, and to access the website, you need a digital certificate.

To get the token, I had to the SERASA website, buy the token on-line, pay on-line or whatever other means you choose, then you have to set a date to go to their office and get the token. They told me to wait 24 hours before installing it on my computer and start using it.

The next day I installed the token (while at the same time on Skype with my accountant to help) but after installing it, it didn’t work. It didn’t get recognized by my computer… (laptop with Win 8.1).

It was end of December, So I decided to wait until after new year to call the support line. The support people basically told me to uninstall and re-install the same software I had already done like 5 times myself ( NOTE: I DO know a thing or two about computers after having used them for 30 odd years and even having been a network admin for some time).

I had several calls with the SERASA support people, and every time they managed to come up with some other stuff that was wrong with my computer (wrong operating system, couldn’t use this or that browser, only Internet explorer but NOT version 11, I had to change something in the services of the computer but had to ask a professional to do it… and so on). They never even wanted to consider talking about the fact that MAYBE  there was something wrong with the token.

Long story short, I tried for THREE months to get this thing to work, including setting up a desktop computer with Win 7, but it would not work on any machine, using any browser.

And here’s the great part: during my last conversation with the support people, they told me that I had wrongly used the token, corrupted the key on it and I had to BUY A NEW ONE.

I tried to get them to give me a number I could call to file a complaint, but they told me the only solution I had was to go online and do the process of buying a new token all over again, They didn’t have someone dealing with complaints or replacements.

(The smell got stronger…)

I spent some time reflecting on what to do… there was NO WAY I would give those people more money and run the chance of getting screwed all over again.

Talking to some people, I heard about another company (Certisign), which also issues digital certificates. I had already accepted the fact that I had lost the 532 R$, and I couldn’t stay in this situation of not being able to make a Nf-e, so I decided to give Certisign a shot.

The procedure was basically the same… on-line buying process, pay, set a date, etc. The difference was that the person who attended me, told me that in case the token wouldn’t work, I would receive a voucher, that could be used to “buy” another one without paying again. What a world of difference that was indeed!

I bought the Certisign token, installed it on my Win 8.1 laptop AND my Win 7 desktop (didn’t have to wait 24 hours this time) and it works on both machines, with any browser, including Internet Explorer 11.

I guess I just want to issue a WARNING here to anyone in the process  of setting up a business in Rio (or anywhere else in Brazil) to STAY AWAY as far as possible from SERASA. They are running a lucrative SCAM, accusing people of “mau uso” (bad/wrong use) and forcing them to buy a replacement for a product that was defective from the start.

After the facts, someone told me about a website called “Reclame Aqui” where people can post complaints against any company in Brazil. I found at least a dozen other people with a similar experience and so I posted my complaint as well.

It is very effective, because the next day I already received a reply from Serasa: a generic email saying that they don’t cover “Mau Uso”. I replied that if they say I corrupted the key on the token, they would need to prove that,  and at least EXPLAIN to me how a user can corrupt the key without typing in the wrong password 3 times (which I’m VERY sure I didn’t do).

When a product is SO easy to corrupt, it has no business being on the market in the first place.

I’m still waiting for a reply from them… so

MY CONCLUSION: Stay away from SERASA!! 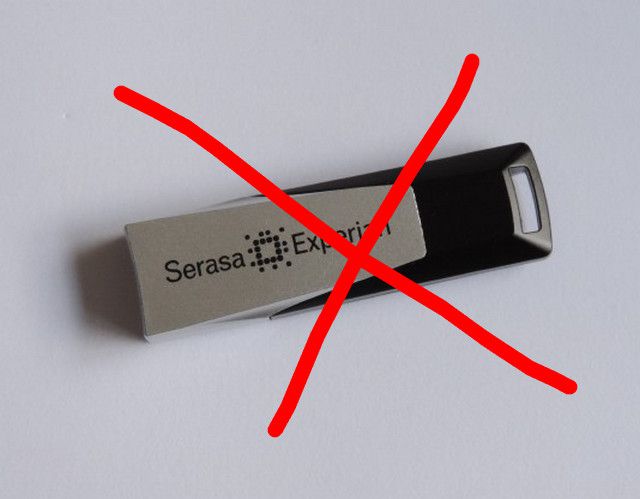 While others might have a perfectly good experience working with Serasa, the above describes my own experience, and according to what I can find on “Reclame  Aqui” the experience of many other people.

I hope this was helpful.

If  you have a similar experience (or a different one) I would be VERY interested to hear it. Please leave a comment below.

I’m a Belgian expat, living and traveling in Brazil since January 2009. As a tourist guide in Rio de Janeiro, I came to know the city quite well, and in this blog I would like to share some interesting places to visit, things to do and other facts and information that I think could be interesting or useful for expats or tourists in Rio de Janeiro.