The Stereotypes of Aarhus

As the capital of Jutland and as the second largest city in Denmark, Aarhus is a very homogeneous city despite of its size. When Copenhageners visits Aarhus some of their common reactions are: “Aarhus is a cozy city” and “Aarhus is like a big village”.

All that are raised in a village know that communities in villages are homogeneous, which means there isn’t room for being to different, because if you are sticking to much out of the crowd there is a risk that you will end up like the village’s idiot.

In all big cities there are some stereotypes that is easy to point out. In Aarhus these stereotypes constitutes a big part of the population.

In this humoristic blog post I will present some of Aarhus’ stereotypes and give you an insight in their way of living and their taste.

Aarhus is a university city and out of the 320.000 people who live in Aarhus are 50.000 of them students. This is the highest concentration of students in a city in Denmark. This also means they are big part of the townscape and are involved in the cultural events. 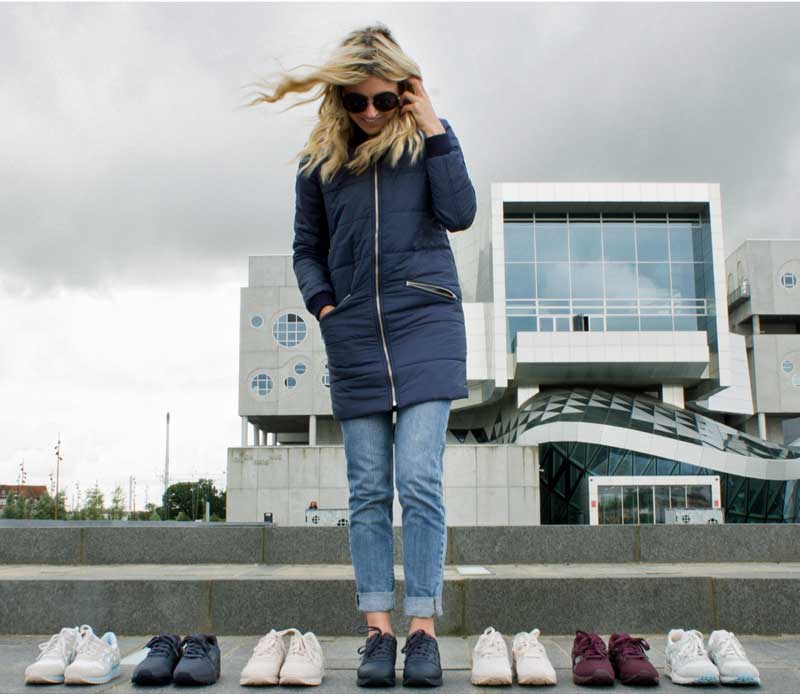 The furniture in their dormitory often comes from IKEA or second hand shops. The reason for this is that many of the students know that they are going to move around in Aarhus before they settle. There are many second-hand shops in Aarhus, but the epicenter of second-hand shops is Nørre Allé, where IM-Genbrug, Folkekirkens Nødhjælp, Nørre Allé 25 and Frelsens Hær is located.

You find the students in Arhus’ hot spots like the Latin Quarter, the Beach Bar in the summer, at university campus, the various parks and at the cultural events like Mejlgade for Mangfoldighed, Spot festival, and Northside.

The creatives have lived in Aarhus for more than 3 years and have left the dormitories. They now live in a 2 or 3 room’s apartment together with their partner. They have often been studying humanities with a twist of IT or business, journalism or some sort of Design from Teko.

They are keen on finishing their studies, because they want more opportunities, which is made possible by money. They have a finger on Aarhus startup environment and attend Culture Works Friday’s bar to network with other creatives. They also still attend the big cultural events, but they avoid the nightclubs they were introduced to, when they started studying at the university.

Their style is minimalistic and they ride the wave of Apple and the design paradigm Apple has created. Normally they own at least a Macbook Pro, an iPhone and an iPad and they can also still dig up their iPod from 2003.

Their home is a mixture of new Scandinavian design and carefully chosen vintage, because they are a part of the Facebook group Storskrald i Aarhus and also visits the second hand station reuse, which is inspired by the moneyless Facebook group.

They haven’t earned enough money to buy all the design furniture they desire yet, so they also carefully choose their vintage furniture.

It’s important to hit the balance between design and vintage, because if they tilt too much in either direction it would be kitsch. A product as the MILK table would be attractive to this segment.

A child marks a new stage in life and especially the first child is a shock, because of the radical life changes. The toddlers have received their first or second child and the child’s age is between 0 – 5 years old.

Especially the preferences of cultural events are changing, because they don’t have the energy to attend all of them. They therefore prioritize their favorite events and plan it out, so the children have a nanny throughout the event. Northside is this segments favorite event, because it’s clean, accessible and centrally location – so they can sleep in their own bed.

This segment is still upbeat, when it comes to decorating their home. The women have filled the apartment with Hay, Kähler and Royal Copenhagen they have bought in Decorate through the last 5 years, so their focus moves from the interior for the home to gadgets for the children.

Only the best is good enough for their children, so they buy expensive children clothes, baby carriages of the brands ODDER and EMMALJUNGA and toy that doesn’t contain bad chemicals. They still live in an apartment, but are considering buying a house in Risskov in Aarhus north, Åbyhøj in Aarhus west or Højberg in Aarhus south.

So far they have still sworn to the bike, but because of the children they are investing in a car, so it gets easy to visit granddad and grandma in the countryside of Jutland.

When the children were young they were still able to be trendy, but as the children grow older and their number increases the time isn’t for visiting the gym three times each week anymore. It was also more expensive than expected to get children.

After buying a house and the second car there isn’t money for being as trendy anymore and it has become more important that the furniture is functional and long lasting than the newest design. Therefore they start to buy their furniture in Hansen Møbler, IDEmøbler and BIVA.

That one time they are out every year is for Aarhus town fair, where they can choose some events that isn’t to upbeat. In the weekend they also often visits Aarhus Stadion for watching AGF’s matches even though AGF’s last championship was in 1986.

The overall topic for my blog is living in Denmark. This means that I will write about Danish must do’s such as cultural outings and fashion shopping.

My blog will touch upon all aspects of life in Denmark. We have several must-sees, places to visit, and restaurants to dine at. Those places all deserve a mention and I will recommend my favourite spots.

Also, shopping is a passion of mine, and I will be writing about shops to go to, cities with the best shopping streets and what else might occur to me in regards to fashion.