I Spy With My Little Eye

My husband and I are the type of parents that outwardly say “we trust you” to our children, but we really don’t. He and I have discussed at length the pro’s and con’s of complete trust and perceived trust…and knowing the kind of mayhem I caused as a teenager, we’d rather be safe than sorry.

So what does this mean? We have made the decision to spy on our children. There are no boundaries to what, when or how. When they are old enough to go to the movies with friends we may be lurking in the theatre a couple rows behind them. If they fancy an afternoon at the mall during summer vacation, we may randomly run into them once or twice.

At 10 years old Big K is generally trustworthy, but lately he’s been doing small things that have put me on high alert. His grandmother would be shocked to hear this but it’s true! I often send him downstairs to Spinneys (our local grocery store) to get a couple  things like eggs, milk, bread and cereal. The last 2 times he has taken it upon himself to add a box of tic tacs or smints…which he knows is NOT ALLOWED. 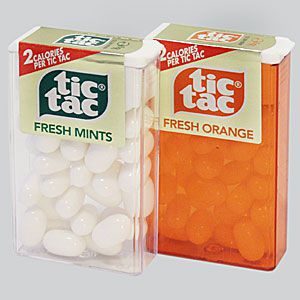 Although it doesn’t seem like a big deal (a box of tic tacs is just 1.25 dhs), I view these small infractions as a gateway to larger offenses. He’s testing the water to see what he can get away with…and believe me, in our house it’s not much.

TECHNOLOGY: THE GATEWAY “DRUG” PARENTS SHOULD BE WORRIED ABOUT!

OK that’s pretty extreme, especially coming from someone who loves gadgets and all things new media. But issues with my kids and technology keep coming up, and I’m sure it’s not going to stop anytime soon. I’ve written before about us monitoring Big K’s YouTube searches and even though he knows we check his history, a couple months later he made the mistake of viewing inappropriate videos and…ZAP the YouTube app is now blocked on his iTouch indefinitely.

My little angel is growing up and I want him to embrace technology, but I am worried he will fall victim to things like cyber bullying, random contact with strangers and putting personal information out there that may have an impact on his future. Some of his friends already use Facebook, which technically isn’t allowed by Facebook until a child reaches 13. I do sympathize with expat kids who may want to keep in touch with friends and family back home, but Facebook can be a dangerous place to be unless properly monitored. Big K will have to wait until he’s 13 and even then he can only have a Facebook account if he:

It probably seems really over the top and unnecessary but I feel my #1 duty is to protect my child. If you think I’m shielding him from the realities of the world, it’s just the opposite. We regularly talk about current events happening around the world such as the civil war in Syria, the Arab Spring uprisings, starvation in Africa, teen suicides in the US…his teachers have even commented on his report card how much Kazu knows about these issues.

However I don’t believe there are privacy boundaries between a child and a parent. I think I should be the first person my child comes to if he needs help…no matter how serious, silly or embarrassing.  Unfortunately I know that’s very idealistic and unrealistic, so I have already resorted to spying on my son.

Back in the day this would have meant reading his journal or diary (which, of course, was hidden away somewhere super secret), but who keeps one of those these days. Here’s where technology works in my favor. Big K has his own email address that he uses to talk to his friends, family and teachers. He doesn’t know it, but I read his emails regularly. He doesn’t send that many emails since he doesn’t have that much free time (and really, what does a 10 year old need to say urgently via email that he can’t wait until school the next day?).

Very innocent and quite frankly reading it is like being a fly on the wall at school. But last month Big K started an email exchange that I have been monitoring very closely. 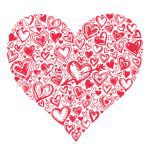 There is a girl in Big K’s class that he has a crush on. He emailed her saying “I like you. Don’t tell anyone.” It is very cute and probably (at this stage) very innocent. But things change quickly nowadays. Big K has told me about kids in his class getting in trouble for kissing each other at school. Still probably sounds innocent…but in an Islamic country parents can’t take these things lightly.

Armed with this knowledge, I gently probed Kazu into telling me about his crush. We talked about what kinds of things are appropriate for kids his age and, because of where we live, the importance of being sensitive to Islamic values. I want him to feel like it’s normal to discuss his feelings and because I’m prepared I act like it’s not a big deal. He even slipped up and told me who he has a crush on, but seeing the horror on his face I helped him cover it up by saying, “Oh you mean, for example if it was so and so that you had a crush on.” He was visibly relieved that he was able to keep that bit still private.

Being able to easily talk to Big K about his “private life” proves to me that spying on him allows me to be an informed parent that is sensitive to his feelings and need for privacy. If I wait until he feels comfortable enough to talk to me, it may be too late. Knowing what issues he faces in his daily life gives me the chance to start the conversation and hopefully help him make informed decisions.

Today it’s an innocent crush, but next month it may be a friend who is having problems at home, a kid at school selling drugs, or interest in drinking alcohol…or maybe, just maybe, it will stay innocent. But unless I know, I won’t know. Kids are getting smarter and smarter…they know their way around technology and the internet better than their parents. I believe we need to stay vigilant and try to keep the upperhand as much as possible. Maybe it’s a cop out or an excuse…but I see it as being a proactive parent. Spying on my child makes my job as a parent easier and hopefully more effective.

I still haven’t told Big K that I read his emails, and until he finds out it will be my little secret.

I set up this blog to share my experiences as a pregnant mother of 2 in Dubai. If I can do it, anyone can (believe me).