Ladies and Gentlemen: The Cherry and the Willow. 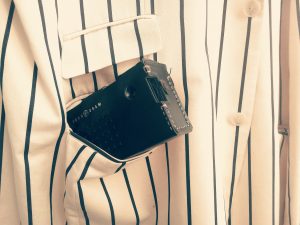 I’m not usually distracted by sport, but this summer has so far been tricky to avoid.  Federer and all that.  But it is the cricket that has been so vivid and poignant, not least the Ladies’ game, to which I’ll return later.

Cricket, the summer game, and the best radio since Shakespeare.  I still have the leather-clad tranny I had at school for smuggling the score round the class during History or whatever, though it would work better with a battery.  Test Match Special has this season been celebrating 60 years on air, throwing modesty to the winds and hauling snippets out of the archive that make me very suspicious that in fact very little remains; the BBC was able to wipe tapes of The Goon Show, so, a complete day’s play is a tape that will also have been wiped.  I for one would happily have CDs of a whole test from the days of Graveney or Snow.  Someone somewhere must have cassettes, and the cracklier the better.

One memory – for it is a season for these – is of the voices of Australians Jack Fingleton and Alan McGilvray, whose diction bewildered me before I was a teen; along with Hutch and Laurence Olivier, these are voices of verbal seduction and syllabic precision who (unlike Hutch and Olivier, Ronald Colman or Robert Donat) were of course making their words up as they go along.  By the way, I am not forgetting John Arlott who, like Federer, was known for his fine cellar, nor E.W. “Jim” Swanton, interestingly the voice Teresa May most remembers from her TMS youth.

Like John Arlott, McGilvray, though he indeed had played first class cricket, was unusual in not having played Tests; Fingleton had scored a record partnership with Bradman but had also managed to have a life-long spat with him.  McGilvray thus had the Arlottesque aura of privilige to be confronted by something as glorious as Test Cricket, whereas Fingleton could never quite shake off the sardonic twist of bitter lime that comes with the politics of the changing room.  In Sydney there is an Englishy pub called The Lord Dudley, known to all who relish an echo of the Mother Country, as they then happily called England, and I was almost tear-struck when I found a brass plaque at the gantry indicating McGilvray’s place.  I moved along the bar a little, since for me he was still there.

He who will not be there after the autumn is Henry Blofeld, the hurrah-henry my dear old thing commentator who is the last of the gosh brigade and one of few 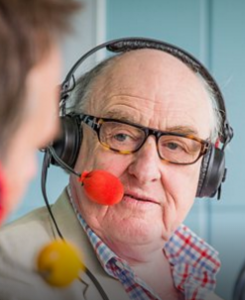 remaining gentlemen who enjoy colour in their dress.  It is a sad departure.  In the Test series last winter in India I recall a moment at which Blowers made an error, caused by failing to see something accurately.  I remember this, lolling by the equivalent to my tranny under the sheets in Fayence, and indeed, in a recent edition of This Week, Blowers confessed to Andrew Neil, Duke of Magagnosc, that he had had “a sight issue”.  We wish him well.  The remaining team lack his knack for realising that the cricket is not the whole deal, but that the train passing, the pigeons, the odd dog, the chap spilling the pints he carries and the oblivious bus yonder are all part of the day.

Blowers is notable too for his courtesy, but I don’t only mean courtesy of manners, but courtesy of language: he uses English with a flourish as if he is tipping his hat to a stranger, which, after all, we all are.  The only other commentator with this touch is Ed Smith, a former England batsman who, I only recently discovered, is a columnist for The New Statesman.  He writes as finely as he speaks, but his speech is offered to us with a winning sense of pace and pensivity, the gentle relish that is more telling than excess.

A grand summer under way and ahead of us.  Even for the ladies…

Footnote:  there remains just over a fortnight in which to hear the 2 hour celebration of TMS here: http://www.bbc.co.uk/programmes/b08ynqhd