Mosaics on the Hill

In the last post we looked at Homer’s Odyssey mosaics in the park on the Colline du Chateau or “Castle Hill” in Nice, France. But have a look around the park and you will find many more lovely mosaics, like Athena and the sea creatures above. They were all designed by Charles Catherin, the city architect, and assembled by Honoré Gilly in the 1960s. 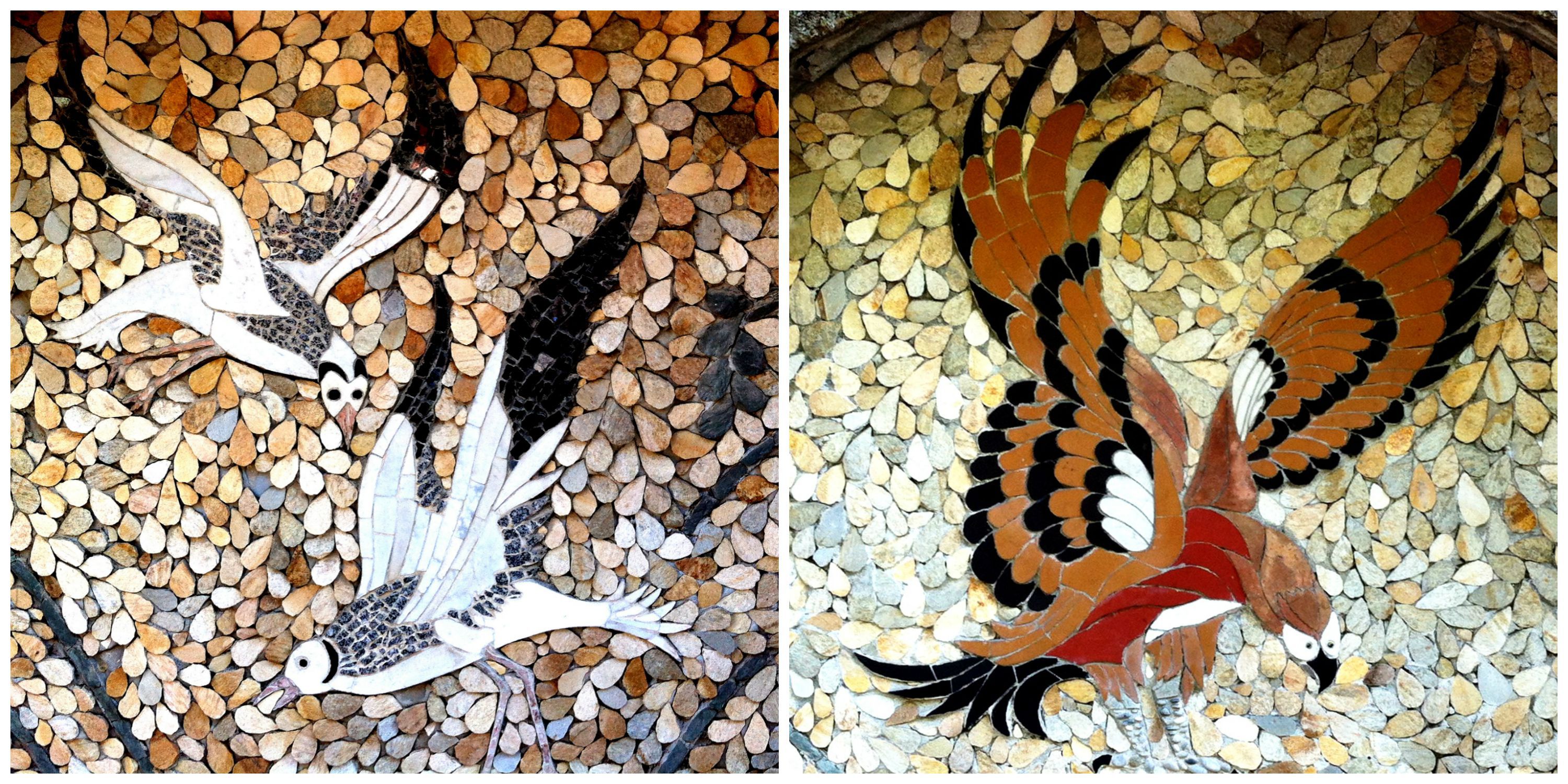 You can see more of Mr. Gilly’s handiwork on this wall lined with mosaics of birds in arched niches, which can be found on a small street that runs beside the Jewish cemetery. There is an odd fountain in the center of the wall which is decorated with what looks like a devil’s head. I’m not sure what it has to do with all the beautiful birds, but it’s the reason this wall is called the Fountain of Birds. The street is named the Allée des justes parmi les nations, or “Alley of the Just among Nations.” It bears this name because of a monument erected just across from the bird mosaics. The monument is called The Just among Nations and was erected by the state of Israel. It lists the names of 107 Niçois who did their part to aid the Jews during the Holocaust. 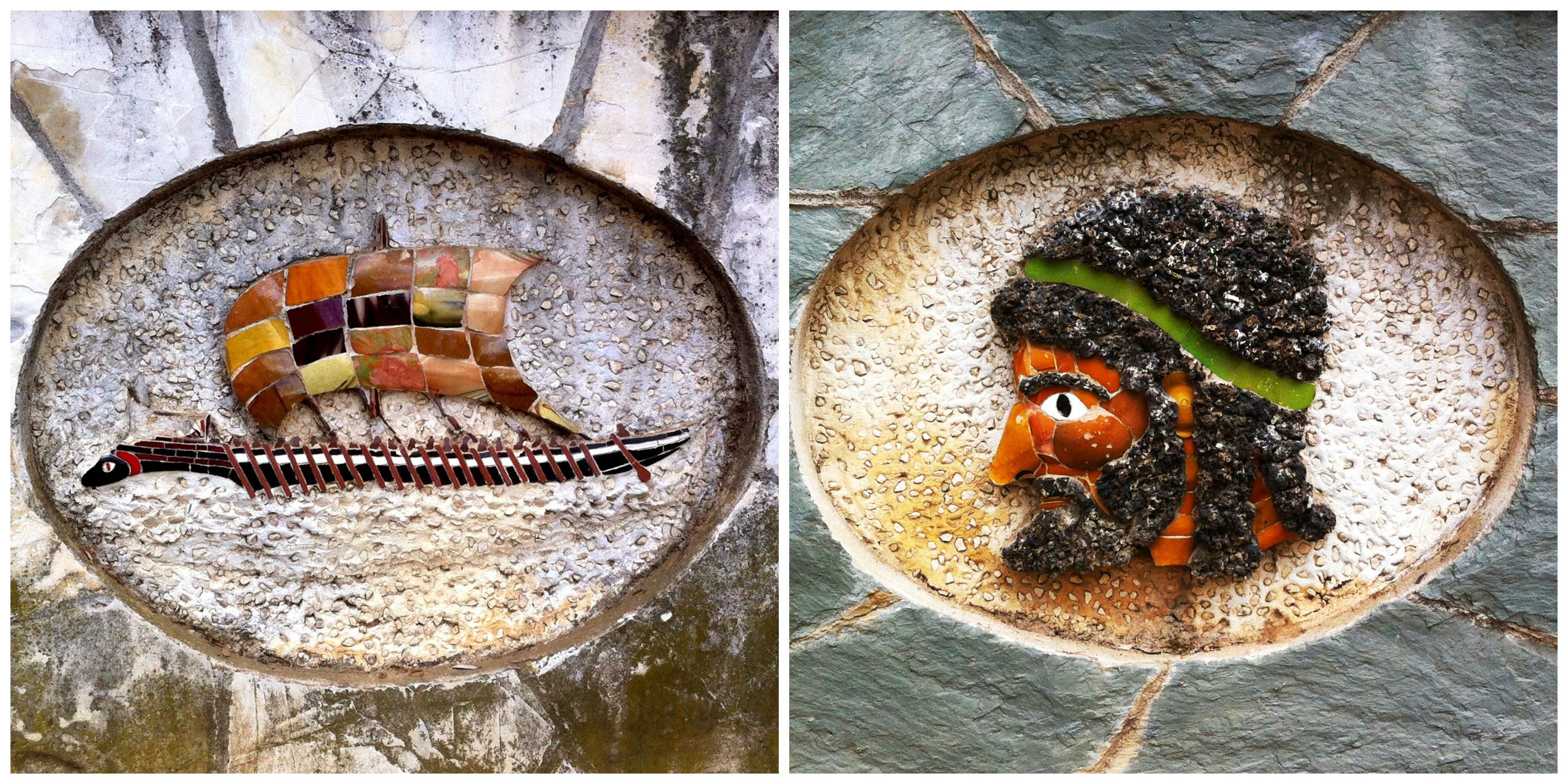 Just around the corner from the Bird Fountain mosaics is another of Mr. Gilly’s decorated walls. It’s in the parking lot just past the front of the Jewish cemetery. These images continue the Greek theme with ships, Greek urns, and other mythological symbols. 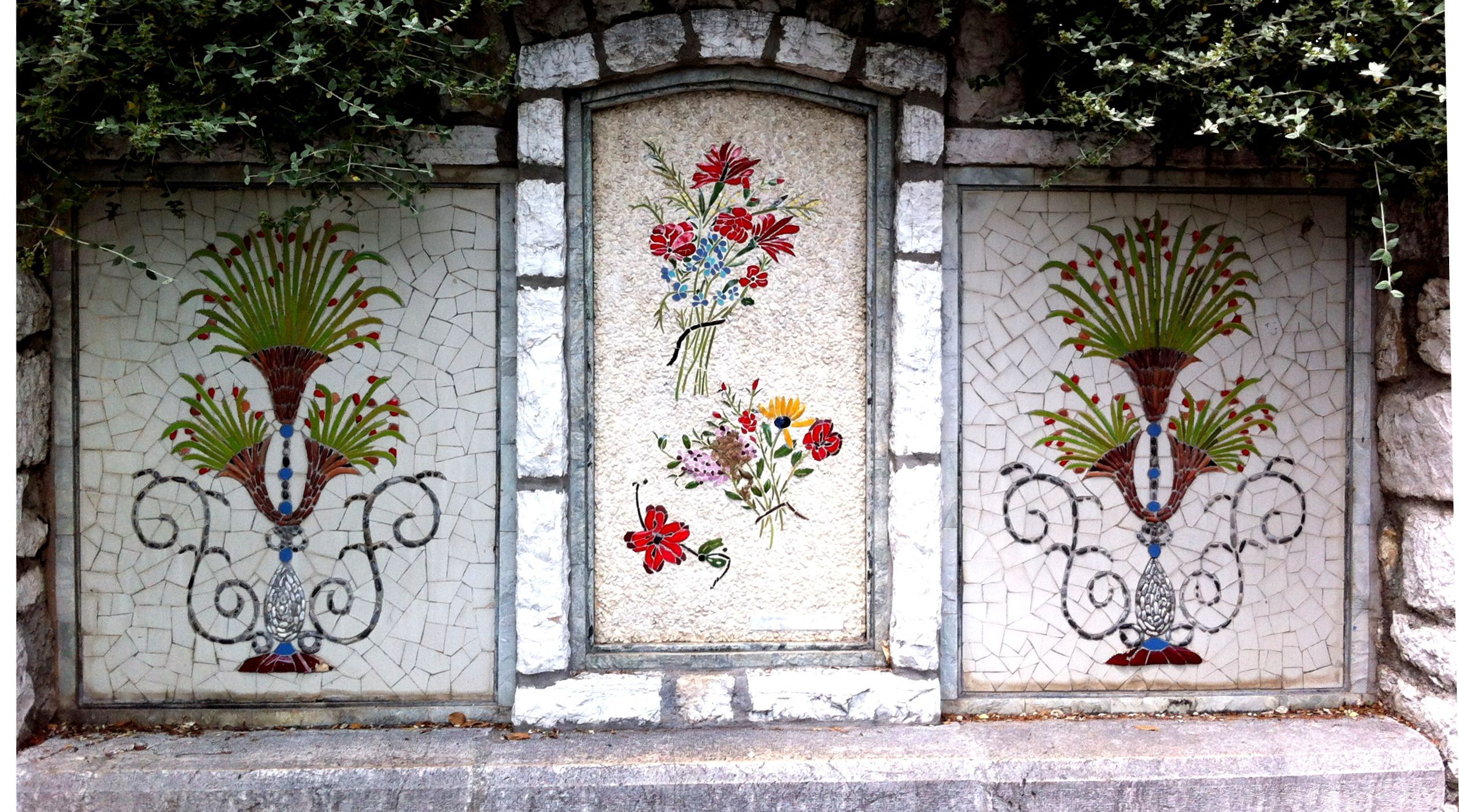 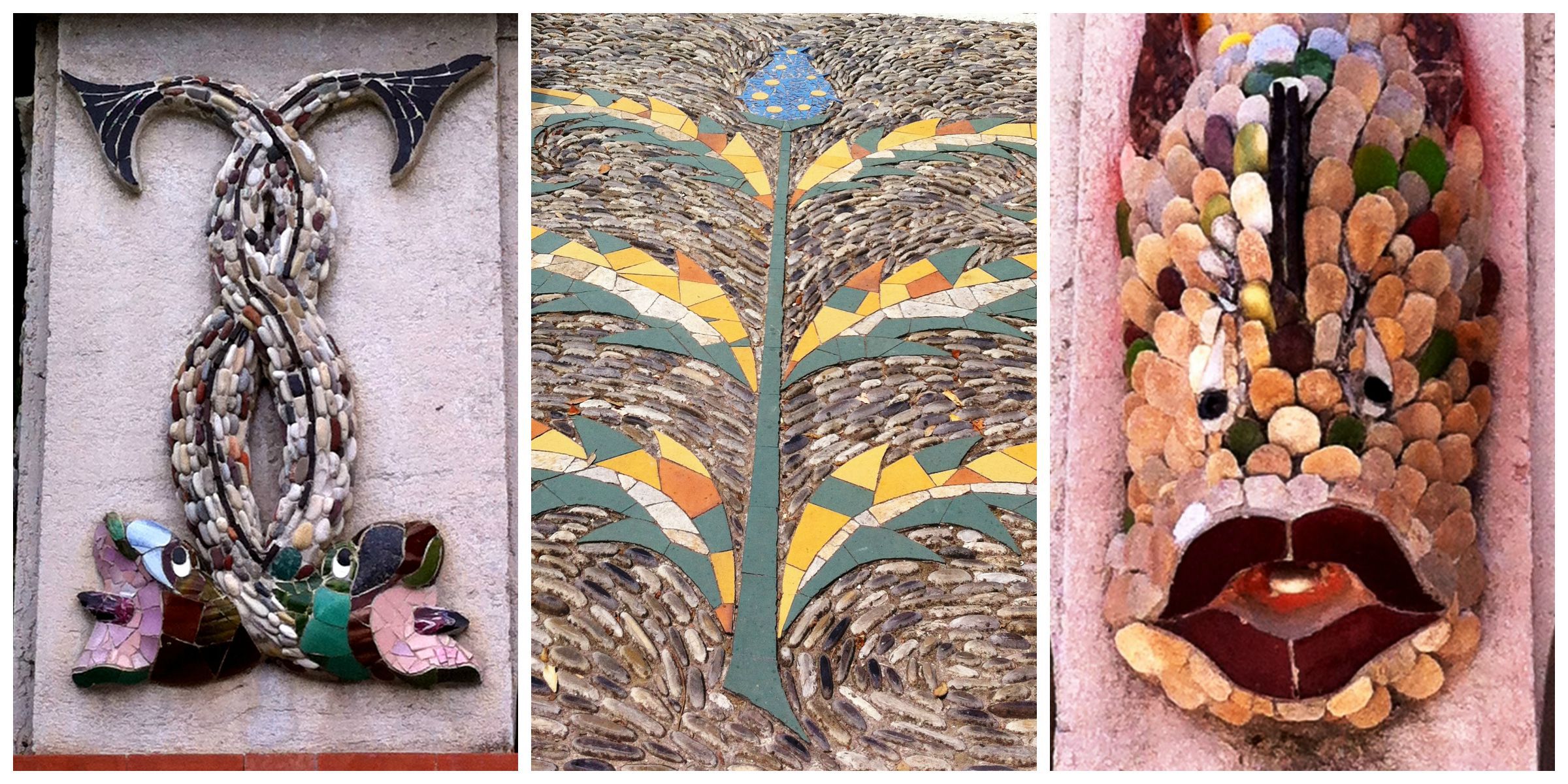 There are other mosaics scattered around and if you look closely, you’ll see that they are made from all kinds of recycled materials, such as broken pottery, old roof tiles, pieces of marble, and, of course, rocks – lots of rocks. Mr. Gilly personally picked out every stone to make sure it had the proper size and shape. These are definitely the work of an artist, even though the modest Mr. Gilly described himself simply as a mason.

You can see a bit more of Mr. Gilly’s work in the Garden Albert I, just at the back of the Theatre de Verdure and below the Three Graces fountain. Here he created the Niçois Eagle, the symbol of Nice, in a stone mosaic.

Many thanks to this “artistic mason” for adding so much beauty to our city.