The Little Saints of Provence

In many parts of the world, Nativity scenes make up a part of the Christmas decoration but in Provence, they are taken to the extreme.  The traditional Biblical figures are only a small part of these sprawling displays.  Here, the whole town turns out for the Nativity.  You will see the butcher, the baker, the candlestick maker and every other profession that is practiced in a southern French village. Some of these displays contain 100s of figures which are called “santons” (little saints).

The history of the Nativity scene can be traced back to St. Francis of Assisi, who wasn’t French but did have a French connection – his mother was from Provence.  He was born in Assisi (Italy) while his father was away on business in France.  His mother named him Giovanni, but when his father returned, he started calling him Francesco (meaning Frenchman, which is Francis in English). 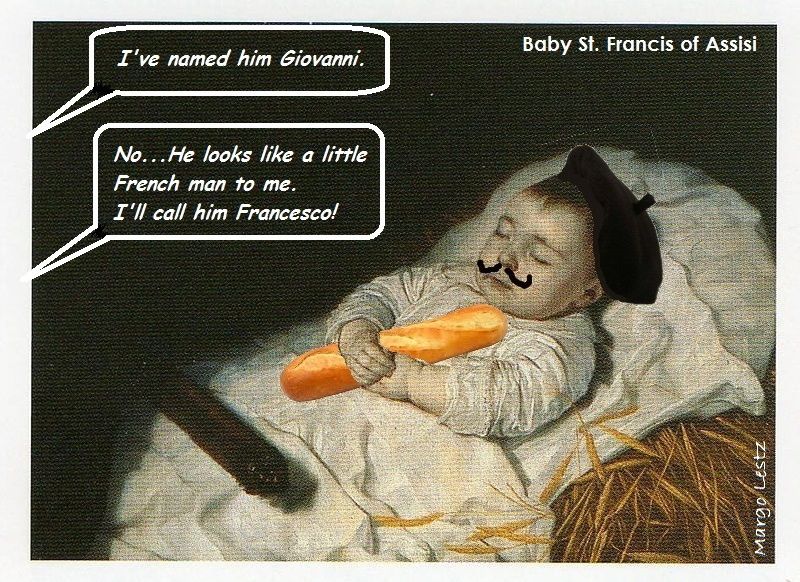 It seems that Francis was the first to make a representation of the Nativity scene.  In 1223, he used a little manger (feeding trough) filled with straw and a live donkey and ox.  After this, “crèches” became popular in the churches and spread throughout Christendom.  But during the French Revolution, masses and crèches in churches were outlawed.  This is when the first small family Nativity scenes started to appear in France.

A crèche in every home

Little painted figures made of clay started being produced and each household could have their own Nativity scene.  These private holiday displays grew to include all of the crafts people and trades people in the village.  Each santon is shown with something which identifies his or her trade. These figures are passed down from generation to generation and added to each year.

If you are looking to enlarge your crèche, there is no better place to go than to a “foire des santons”(santon fair).  The first santon fair was held in 1803 in Marseilles.  Now, you will see them all over the south of France.  At these fairs you can find santons in all sizes and shapes.  The smallest clay figures start at about two centimetres (less than one inch) and the larger clothed ones are about 30 centimetres (12 inches).  Normally they are dressed in 18th century fashion.  The traditional styles are still the most popular but there are some modern versions as well.  Each “santonnier” (santon maker) has his or her speciality and style.

Of course you need to put all of these little saints in the proper setting.  At the santon fairs you will also find buildings, olive trees, animals, streams, bridges, lavender fields everything that would be found in a real village.

If you have a collection of santons, this is the time to add to it.  If you don’t have one yet, maybe this is the year to start.

Where to see Nativity scenes in and around Nice:

More information about the santon makers mentioned above: