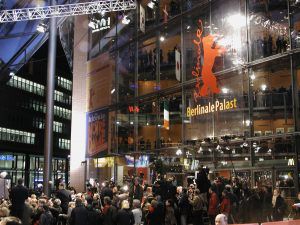 One of the greatest benefits of living in the city of Berlin is its wide variety of interesting events. From art exhibitions to film festivals, open-air concerts to trade shows, there is something for everyone to enjoy all year round. It is impossible to list all of the interesting events that occur throughout the year, but here are five of the largest and most internationally regarded coming up in 2017.

One of the most important film festivals in the world, the Berlinale is back for its 67th year in 2017. Hundreds of films are selected every year, and they represent a wide range of genres, styles, countries, and cultures. Unlike other major festivals, Berlinale is not just for industry professionals; annually there are over 300,000 tickets sold and over 500,000 admittances making it the largest publically attended film festival worldwide. Screenings are often attended by the filmmakers and starring actors and it is not unusual for there to be question-and-answer sessions with the audience. At many of the film premiers, movie stars and celebrities attend the red-carpet. It is truly a highlight of the often cold and dark February, and not something to be missed.

Celebrated annually in the four days leading up to Pentecost, the Berlin celebrates its cultural diversity with a street fair and parade. During these days, Kreuzberg’s Hermannplatz becomes a riotous party with several stages featuring world music groups and around 300 stalls selling international food, clothes, arts and crafts, and more. On Pentacost, the celebration culminates in a colorful and extravagant parade with thousands of dancers, musicians, and artists. Originally created as a reaction against growing nationalism and racism in the 90’s, the Carnival of Cultures has grown to become a beautiful representation of the multiculturalism of Berlin.

Every year on the first day of summer, the people of Berlin are able to listen to a wide variety of music at venues and public spaces across the city for free. The Fête de la Musique originally began in France in 1982, created by the Frank Lang, Paris’ former Minister of Culture. Since then it has grown into an international movement.  The Berlin Fête began in 1995 and has become one of the largest music festivals in the city. With all different types of music performed by artists of all genres and abilities, it is a wonderful and inexpensive way to ring in the summer season.

One of the highlights of the trendy Friedrichshain district is this three day festival celebrating beers from around the world. 2017 marks the 21st year of the festival, which offers around 2,400 different beer specialties from 87 countries and around 340 breweries. Commonly referred to as the “Biermeile”, or beer mile, the festival stretches from Frankfurter Tor to Strausberger Platz, and is divided according to geographical region. At both Strausberger Platz and Frankfurter Tor there are festival tents which provide free maps and also souvenirs. A good tip for those who wish to try a large number of beers is to come early and purchase an official glass. At .2 L these glasses allow guests to try sample sizes of beers for cheaper prices. The Biermeile is a popular festival which serves around 800,000 visitors per year. It can get quite crowded and rowdy, but a calmer experience is easy to enjoy in the early afternoons.

With more than 40,000 athletes from about 120 countries, the Berlin Marathon is one of the most popular road races in the world. Around a million visitors comes to cheer on the runners as they make their way through Berlin, and the race route is lined with live bands and dance groups. In addition to the traditional marathon runners, there are separate races for wheelchair users, handcyclists, inline skaters, and children. These events usually take place on a day before the official marathon. The Berlin Marathon is known for its record breaking runs and the supportive atmosphere of the spectators which makes it a thoroughly enjoyable experience for all.

News from Berlin is all about the capital: From press releases and city news to service information as well as facts & figures.