We arealready in the middle of January, how did that happen in the blink of an eye. My boys had an extended winter break this year so we took advantage and went to Egypt for a week. I needed to see my friend Sun and tell him to return back to Berlin soon, if not I will be the size of a house as the grey sky triggers my hibernation gene, which results in lots of sleeping and too much eating! Usually on holiday we have a packed itinerary of places to go and sites to visit, so it was a shock to the system to go all inclusive for a week and not venture outside the resort. We have been to Egypt before and have done the touristy day trips so didn’t feel too guilty. Hubby and I and our eldest son, who is currently in the teenage mode of sleeping, eating and texting, all enjoyed the break. Our younger son found the lack activity tough (he lives and breaths basketball) so lesson learnt should we choose this type of holiday ever again, we must choose a hotel with a basketball net/court for the sanity of all!

We did venture out to a local market, which our boys found harrowing. They perceived the calling to go into stores and bartering as aggressive and felt unsafe. I must admit the store owners killed my enthusiasm to shop as I like to be left alone to look, as the prices are cheap compared to Europe I don’t feel the need to barter. Seeing the ‘knock off’ designer items was amusing. Especially the superman shirt that had the S round the wrong way, the Naike (NIKE) bag and a suitcase with Mickey Moose written on it. It was also great for my ego when men were informing my hubby how lucky he is to have such a beautiful wife, I just had to ignore that this comment was linked with “come into my store” and most of the guys were old and toothless!!

Our flight back was eventful with both a call for medical personnel and later after a different incident the police having to escort off warring families at Luton airport.  When we first arrived at Luton airport a few days previously, (worked out a lot cheeper to book a holiday flying out of Luton than out of Berlin and enabled us to visit family) there were power cuts at the airport which resulted in delays through passport control as they waited for the system to reboot, makes you wonder what they did before computers! then we played hunt the luggage as the screens were down and the staff seemed confused to which airline luggage was linked to which luggage belt. These incidences are always a great opportunity to witness cultures in action, The Brits among the crowd quietly and patiently waited listening for instructions, queuing without comment, Country Stereotyping at its best.

We have found another great cafe in our neighbourhood, should you be wandering around near the Schloß Charlottenburg, come check it out. http://www.giro-despresso.de/GiroDespresso/contatto.html The coffee is amazing, they have homemade tarts, cheesecake and gateaux as well as savoury items. You can even buy coffee beans to take home. I fell in love with the room tucked off at the side. 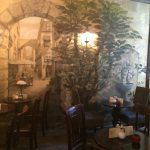 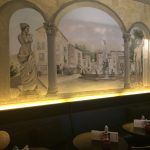 Has anyone been to the observation deck at the radio tower? (by the Messe) we have now attempted to visit on a couple of occasions but it always seems to be shut due to weather conditions. I am wondering whether it is worth the continued effort.

Another great find is Mezzo  Danckelmannstr 20 in Charlottenburg upstairs is a cafe and gift store and downstairs is a treasure trove of 2nd hand clothes, handbags, shoes and household items. I Love this store and never go home empty handed. 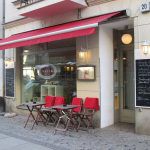 If you live in Berlin and think to yourself I wonder where I can buy _? There is a great closed group on FaceBook called Found in Berlin. It is mainly expats and every time I have posted a request, I have had a host of people naming stores where I can find the item I need, or named a German equivalent.

I am a mum to two amazing boys. I am a wife to a wonderful man. I am a friend to an awesome group of people all over the world. I am a sister and daughter but most of all I am just me!

My blog is about life in Berlin seen through my eyes …