Beauty and the Beast (1991) is one of the most cherished films of the Disney Renaissance period, when the Disney animation saw a reemergence in importance, critical acclaim, and box office revenue. It is not a shock that, when the studio decided to start making live-action remakes of their films, it was one of the first on the docket. The tale of the young woman who is kidnapped by the beast and eventually falls for him is a favorite of young and old alike, and was sure to be popular not only with children, but with adults who nostalgically remember the animated masterpiece of their childhood. Unfortunately, this retelling does not capture the magic of the original. 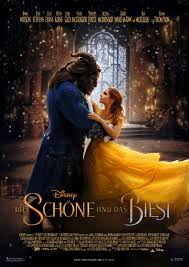 The biggest glaring failure becomes obvious with the first large musical number “Belle,” an ensemble piece consisting of the main character Belle (Watson) walking dreamily through town as the townspeople talk about her behind her back. It is truly sad when an animated figure has more nuance and charm than the actor they chose for the live-action performance. Emma Watson is horribly miscast in the role of Belle. While she certainly has the appropriate look, her demeanor, acting ability, and singing ability are not up to par to truly bring Belle to life. As she meanders her way through the opening number, instead of coming off as dreamy and aloof, she seems more petulant, arrogant, and spoiled. Her singing voice comes off as largely robotic due to the heavy-handed use of a pitch-corrector by the sound department. This pitch-correction does not seem to have been a stylistic choice as it is not present in the voices of the other stars of the feature, which leads one to imagine that Ms. Watson’s voice was simply not up to singing the songs. Indeed, such obvious pitch-correction seems to imply that she was potentially not able to sing at all. That a non-singer was chosen for a lead role in a film packed with talented actors and actresses with musical theater backgrounds (such as Josh Gad and Audra McDonald who both shine) is glaringly obvious and distracting.

The miscasting of Belle makes a profound impact throughout the rest of the film. When Belle does not come off as a likeable character, the story seems skewed. Suddenly Gaston (admirably played by a likeable Luke Evans) does not seem so much an evil villain, but more of a foolish oaf who actually would be a good match for the similarly stuck-up and headstrong Belle. Evans makes Gaston so likeable, that the story was changed to give him a more villainous nature than was present in the original film. It seems as though director Bill Condon did not really understand the source material, as not only are the major characters oddly characterized, but also the little quirks and humorous moments present throughout the animated film are played straight without any inflection or visual cues making them fall flat. So while much of the film feels like a frame-for-frame remake, it at times becomes a soulless copy.

It is unfortunate that, despite the failings of Beauty and the Beast, it will inevitably become a financial success, for that will mean more of these live-action remakes of Disney classics. Why look for a live-action version of a film which is already considered a masterpiece? If you’re looking for beautiful music, charming characters, and engaging production design then you need look no further than the animated classic, for you won’t find it in this remake. (Rose Finlay)

Disney fans rejoice. Enjoy the adaptation of the animated 1991 classic, this time with real life actors meshed with digitally rendered characters and backdrops. Set in 18th century France Beauty and the Beast is de Beaumont’s classic fairy tale of a lovely, yet bookish young maiden Belle (Watson) who is taken prisoner in an enchanted castle by the Beast (Stevens) all to save her doting father Maurice (Kline) from languishing there. The Beast has to find true love to break the spell to turn him back into the Prince he was from birth. Besides his own hideous appearance, the Beast has another obstacle: a rival for Belle’s love in the handsome hometown hunky hero Gaston (Evans). He in turn has an admirer of his own, the campy, unashamedly swishy LeFou (Gad). Gaston hardly notices LeFou’s ardor spending most of his time preening at his own image in the mirror and making the young ladies of the town swoon like rock star groupies.

All the Disney elements are included: the singing teapot Mrs. Potts (Emma Thompson); her son the cup Chip (Nathan Mack); Lumière the debonair candelabra (Ewan McGregor); and Cogsworth the pedantic mantel clock (Ian McKellan). They join forces with porcelain cups, bone china plates, flying linen napkins, engraved silverware, and crystal goblets ecstatically cavorting on the Beast’s table to welcome Belle to the castle in a frenzied, exuberant rendition of “Be Our Guest.” Totally over the top, YES, but Disney fans will trace its nostalgic roots not only to the 1991 Beauty and the Beast, but it reels all the way back to vintage Disney classics like Fantasia. The soundtrack is lush and lyrical. Condon chooses songs from the original film by Menken and Ashman, and adds three newly composed pieces by Menken and Rice.

Emma Watson is perfect as Belle, strong, resolute, and exquisite. At times Dan Stevens must have become disheartened having to perform most of the film in his 18 kg motion capture suit in massive steel stilts. Only then to be digitally rendered as the gloomy, despondent, yet strangely alluring monster who wins Belle over with his love of Shakespeare and courtly manners. Could he not have stayed the Beast a little longer? Even Belle finds something missing in the wispy, blond Prince who emerges under a shower of gold dust and rose petals.

A line is slipped in, almost unnoticed, at the end of the film; a line recorded for the original 1991 version but then left on the cutting room floor. Belle looks mischievously at the Prince and asks him, “Do you think you could grow a beard?” He just growls. Belle is missing her Beast. (Pat Frickey)