Being autistic makes Nikodem’s world a challenge. First his pants are on backwards and then his belt won’t go through the loops the way it should. Not only that, he has to go to school and, even more challenging, he has to do communion. But he is blessed; he has a 14-year-old sister Ola who is always there watching over him. But who is there for Ola? The two of them live in a tiny run-down apartment with their dysfunctional father who is often being checked by the social services due to his alcohol problem and his inability to deal with the situation at home. The mother is somewhere else. She is not seen until the end of the movie so it’s unclear where or why she has left the house, but one thing for sure is that Ola has to grow up fast in order to bring the family back together again so she can go back to being a teenager again. 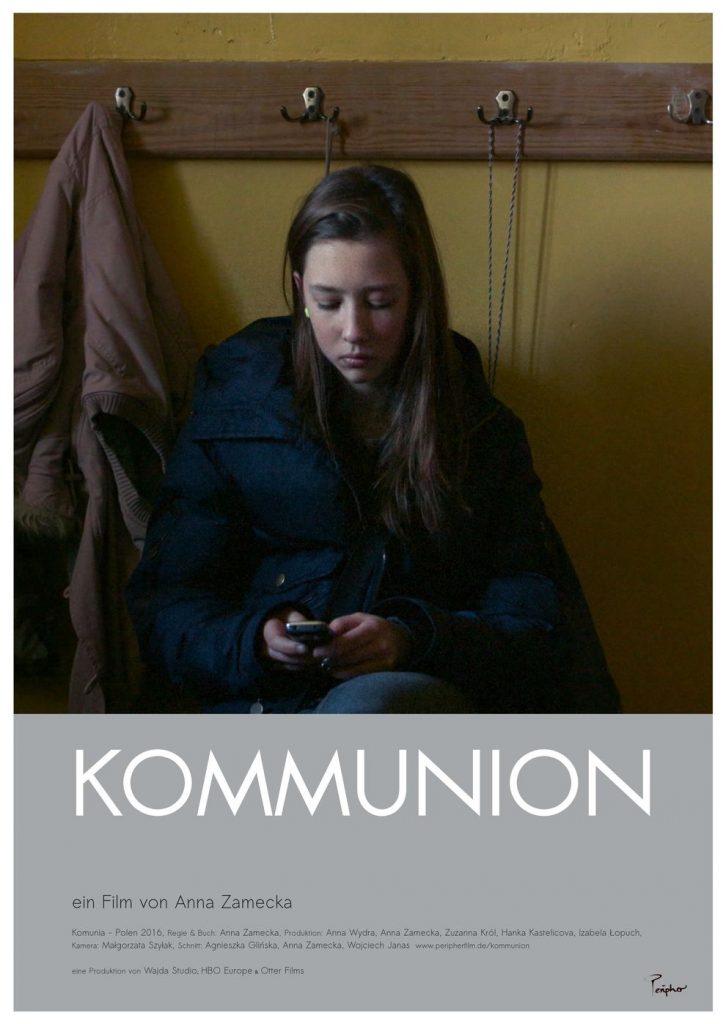 The telephone plays a significant role as the life line between the family members since they can’t communicate in person very well. This film is very emotional and sensitively done. We feel the frustrations of Ola and her brother as well as their strengths through the love that they share. We see them desperately trying to achieve the impossible; will Nikodem be able to learn his communion lessons and be accepted into the church? (Shelly Schoeneshoefer)