Posted on February 7, 2014 by Isabelle Fraser 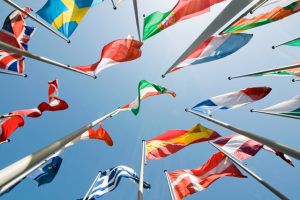 The total number of expats worldwide in 2013 was 50.5 million with the largest number in Saudi Arabia; Indians are the biggest expat nationality.

According to new data and estimates released by Finaccord, a market research and publishing company, the number of expats has grown each year since 2009 by 2.4 percent and could reach 56.8 million by 2017.

They also found that the percentage of the world’s population composed of expatriates has increased from about 0.68 percent in 2009 to 0.72 percent in 2013, and according to their extrapolation, will rise to 0.77 percent by 2017.

What do all these expats do?

Commenting on the reports finding, Tobias Schneider a consultant at Finnacord said: “The majority of expatriates in 2013 were classifiable as individual workers (73.6%) followed by students (8.8%), retired expatriates (3.7%) and corporate transferees (1.0%), with the balance of other expatriates (defined as non-employed spouses and children) making up the residual 12.8%.”

Students are expected to be the fastest growing expat sector between 2013 and 2017, increasing at a compound annual rate of 3.6 percent in contrast to individual workers (3.2%), retired expatriates (2.9%), corporate transferees (2.8%) and other expatriates (2.3%).

The top three locations for expats, according to Finnacord, are Saudi Arabia, UAE (including Dubai) and the USA. The smallest expatriate population was in Poland, followed by Portugal and Sweden.

“The number of expatriates in the Gulf Cooperation Council (GCC) States – mainly individual workers from Asian countries – has increased at an enormous pace in recent years as these economies are heavily dependent on the inflow of foreign workers”, concludes Tobias Schneider.

“In contrast, in other countries such as the UK and the USA, international students constitute a comparatively large proportion of the total expatriate population whilst Spain still attracts many retired expatriates, although this number has itself fallen since the beginning of the financial crisis in 2008.”