They start them how young? An introduction to schooling in the UAE

Posted on September 28, 2016 by Isabelle Fraser

Written for Angloinfo by Keri Hedrick, author of Our Globetrotters.

My introduction, or should I say baptism of fire into the Abu Dhabi schooling system came when my little girl was just 2 years old.

Newly into the country, having only just sorted ourselves out with the essentials like visas, housing, cars I had wrangled my way into my first local playgroup with my toddler and a newborn.  The discussion was all about schools. I’d come for nursery recommendations and they were talking primary schools? It didn’t make sense to me; our kids were barely out of diapers, why on earth would they be talking schools?

As the weeks went on, the conversations grew.

“Well it’s fine for them they have siblings and will get a spot”;

“Yes, but they carpool you wouldn’t want that commute every day”;

“What time are you going to start queuing”.

Hang on, people are queuing? Portals are opening. I had to investigate or I was seriously going to miss a trick here.

It turned out under the British schooling system in the UAE, you can start Nursery or Foundation Stage 1 (FS1) at primary school from the age of 3.  The American and International school system give you an extra year’s grace before their kindergarten or KG1 equivalent classes open up.  I was dumbfounded.

So being October by this point, I now had to decide if my two-year-old would be ready to start school at 3 the following September. And not only that, where to send her. And the gauntlet of getting 1000 documents copied, immunization records updated and passport photos done, again.  Why on earth might you want to send them off to a big school, in their big kid uniform surrounded by other students up to the age of 18?!

It’s the school spot. The precious school spot. Some schools open up extra school spots as you get up to 4 and 5 years old (schooling becomes compulsory from 6 years old according to ADEC – Abu Dhabi Education Council).  But for many schools the nursery class will move straight up into Reception or Foundation Stage 2 (FS2) the following year, and on to Year 1, the compulsory age group.  If you are lucky 10 – 15 spots might open up across a year group with 125 spots with expat attrition. Siblings are given priority; thereafter complete newcomers may not stand a chance at the most sought after schools.

So what do parents do?

The good news is; the options these days are plentiful. Most nursery schools will allow children to be enrolled up to 4 years old (some Montessori schools even older) – though may insist you put them in 5 days a week to follow the EYFS (Early Years Foundation Stage) Framework once they turn 3.  You can keep them in nursery and try your luck at an FS2 spot instead.  Or look to other schooling systems, just because you’re British there’s no reason not to follow the American, Canadian or International system.  Home schooling is also an option, beyond the compulsory schooling age though you must be registered to do this.

Winding the clock forward 4 years now from this first play group, I am preparing to enroll my third precious baby into FS1 this October for next September. He has just turned two. He’s still not talking and wears nappies.  But the shock of this has well and truly worn off now and I know he will be ready next year.  His brother two years before was in the same position and I really thought another year at “little nursery” may have suited him but he has thrived and now in FS2 at his new school is one of the brightest, enthusiastic kids in the class – and here was me worried when he cried all during one assessment and pooed himself at another.

Answering some of those burning questions you may have about UAE schooling but have been too bewildered to ask:

Can’t I just send my child to the local school?

No. Local schools are only available to the Emirati population. Anyone here on an employment Visa with children will have to seek out private schooling. This may or may not be funded by your employer. It can be costly for the top schools (expect to pay £10,000 – £15,000 pa even from primary).

Does my child really have to go to school at 3?

Not at all. Particularly summer babies who have just turned 3 may simply not be ready. Toilet training is one strict requirement all schools will enforce. If they are not ready for “big school” but you still want the social interaction, there’s a huge number of nurseries to choose from, particularly “off island” around Khalifa City where more families now tend to live.  You may not get your first choice of primary spots in a British school if doing this – but there are a load more decent schooling options now, even compared to four years ago to consider.

Will my baby have to be assessed?

This varies by school. Most schools will go through a two stage admissions process. Applications open around October/November for the following academic year (you cannot waitlist any earlier than 2 years old). Successful applicants who meet the school’s criteria will be offered to come into a “playdate” or “assessment” around January/February before being offered a place. Some will separate the child from the parent to see how they behave on their own, others will simply chat with you and observe the child at play in the room. (NB Please don’t worry if your child is not yet toilet trained, the assessors know this is a good 6 months + prior to them starting – you have time!)

What are the curriculum choices?

There are loads of schooling systems to choose from. We chose the British system as we have a British/Australian background and feel this is the system they’ll be most easily be able to integrate back to should we leave. But there’s several American curriculum schools, International, Canadian, German, French, Indian, Japanese – the list goes on!

What languages or special lessons are taught?

This entirely depends on the curriculum and school you’ve chosen. Obviously British and American schools will teach in English. Arabic is also a compulsory primary subject in all Abu Dhabi schools – it is taught to both native and non-native speakers along with Islamic lessons for Muslim children, taught in English or Arabic.  If your child does not speak Arabic and is not Muslim, they will only do minimum ADEC required hours of Arabic lessons per week and take part in other activities consolidating learning while natives attend additional these classes.

How do I know which schools are the best?

I won’t name names here but there are a few ways to do your research.  You can look up the latest school rankings on the ADEC website (but take this with a grain of salt and if schools are not at the top “excellent” ranking, research why and if it’s a factor that really matters to you – many for example fall down in their Arabic departments, but as a non-native, does this matter?)

WhichSchoolAdvisor.com is also a popular informative and impartial resource on schooling in the UAE.  By all means ask other parents their opinions too. You can ask on Facebook chat groups, but do me mindful here of slander and defamation laws. Anyone in their right mind with a serious criticism to share is best keeping it off social media.

I still think nothing beats your gut feeling on visiting a school. You should arrange a pre-enrollment tour if possible before deciding which school is best for you – and location plays a part in it too as the city is now so spread out you don’t want your kids to spend half the day in a car or bus.

Is the system the same in Dubai?

For the most part, yes. British Schools in Dubai also take nursery enrolments from 3 years of age. They are governed by the KHDA – Knowledge and Human Development Authority and some rules differ. Wait listing rules and timing, prioritization of placement offers vary by school. Not all will offer first come, first served – do your research early before a move to the UAE!

So once you’ve got your tiny two-year-old a placement offer, what next?  This is a whole other chapter of parenting adventures!! The perpetual cycle of purchasing, labelling and losing school uniforms; remembering what to pack on what day as you laden your poor kid up like a pack camel with library bags, swimming gear lunch bags (no hot meal service here for sure!). Then don’t get me started on dress-up days, mummy readers, school committees, Whatsapp groups…. Night feeds were just training for the stamina you’re going to need for the school car park.  There’s lots of fun and games ahead, it’s survival of the fittest, parents. 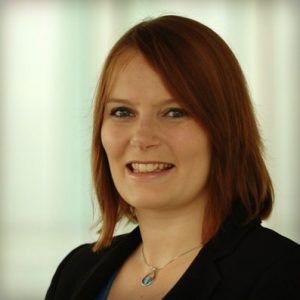 Keri is a British/Australian expat living in the UAE since 2012. A freelance writer, financial coach and mum to three you can find out more about her Abu Dhabi expat life and worldwide adventures with the family at Our Globetotters.

Written for Angloinfo by Keri Hedrick, author of Our Globetrotters.