In this week’s interview we talk to Peter who, after a few years in Colombia, is now living an expat dream life of sun, sea (and skiing!) in Barcelona. 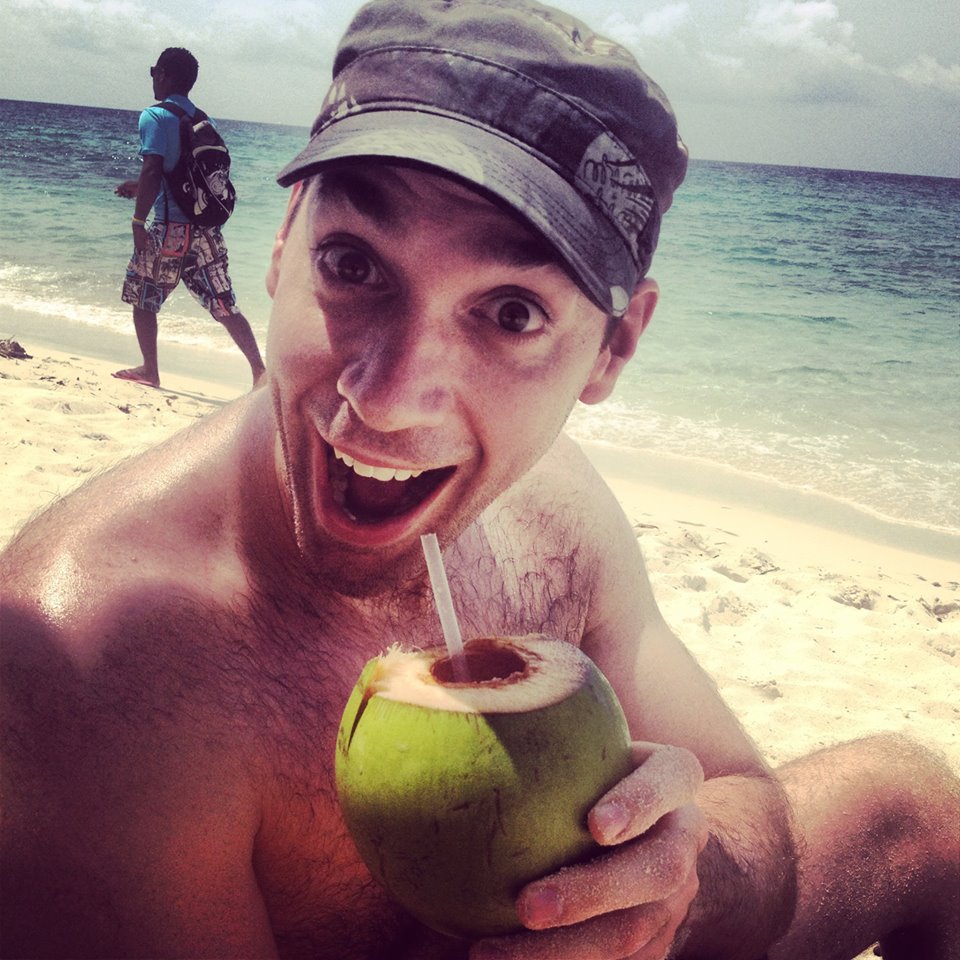 It’s always easy to find excuses not to leave the comfort of home: worries about work, about whether you’ll make friends and how you well you’ll adapt to your new life. Yet my strong advice would be not to let such concerns hold you back from throwing caution to the wind and setting off on a new adventure.

I live in Barcelona and moved here from London about 2 years ago.

I’ve moved around a few different places actually, but the country in which I spent most time was Colombia. I lived in the city of Medellin for a total of about 3 and a half years.

Indeed I do. My main job is a little unusual; I work as an analyst of organised crime and politics in Latin America. Outside of that, I run a couple of websites that teach the kind of Spanish that is vital for making friends, but that, for some reason, textbooks or apps never cover. In 2015, I published an eBook about the Spanish you’ll need as an expat in Colombia, and I’m now working on a similar publication for expats and long-term visitors to any Spanish-speaking country.

When I’m not working, I’m usually to be found outside somewhere, doing some kind of activity. In the winter, I went skiing quite a few weekends (the mountains are only a couple of hours away from here), but now summer is kicking in now life is all about rooftop BBQs, beach visits and sea swims. With so much fun stuff available to do here, there’s plenty of motivation to get out of the office on time.

Friends and family, obviously, and a couple of food items (why is it impossible to find proper bacon abroad?). Overall though I don’t have much opportunity to miss anything too badly as I travel back every six weeks or so. From Spain, unlike from Colombia, it’s cheap and easy to head back regularly for a few days and that helps keep any home sickness at bay.

There’s plenty I appreciate here – a high standard of living is accessible for almost anyone in Barcelona. I think I’m most grateful for the sunshine or, more precisely, for the (general) absence of rain. I love to be outside and this is infinitely more feasible and fun when good weather is all but guaranteed. 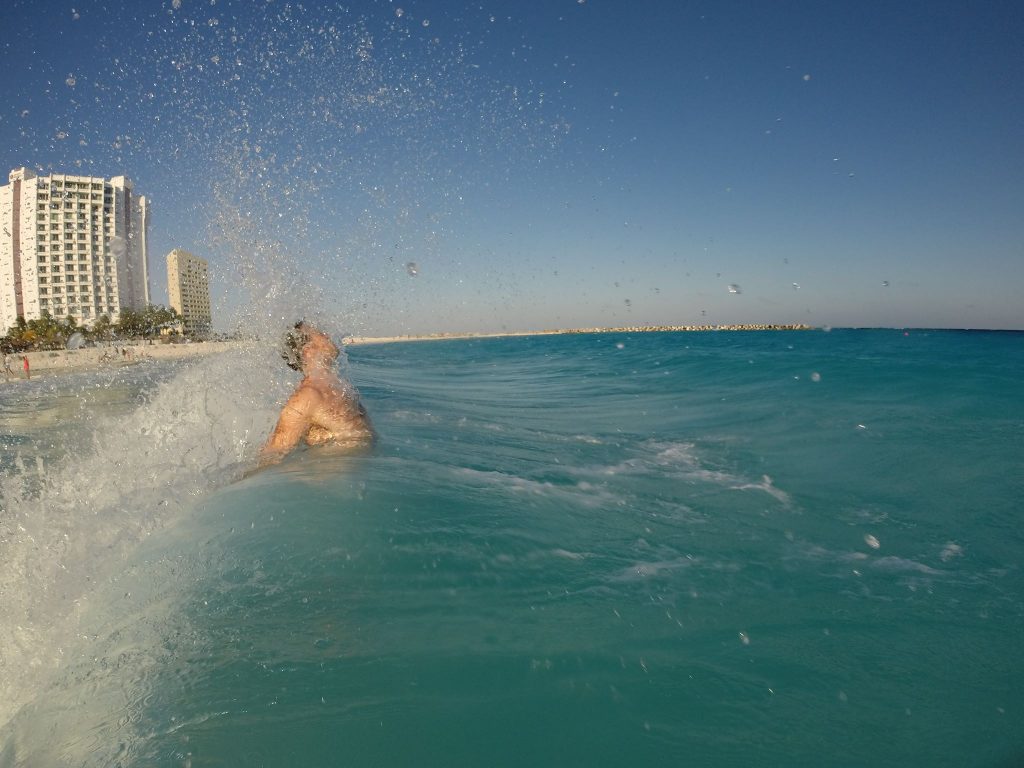 The main way I’ve met people is by working in shared offices and co-working spaces. In Barcelona, I’ve found that co-working spaces are populated by expats and locals with an international outlook. As everyone is pretty much in the same boat, they all seem more open to meeting new people, making new friends and making the most out of their time in the city. By moving between a few different co-working spaces, I’ve managed to meet a load of great people.

I learnt Spanish when in Colombia, mainly, and now use it all the time in both my job and personal life. I found the best way to do this was to go for the complete immersion experience, complimenting my formal studies with hour upon hour of practice in real life situations.

I’ll admit that making friends in Spanish was tricky at first as, quite frankly, talking to me in those early stages was an exceptionally unrewarding experience. I spoke far too slowly and falteringly to be considered interesting, and was completely incapable of making (or understanding) jokes during those first couple of months. To find people prepared to converse with me for a sustained period, I went to loads of language exchange events, which were of huge help. As everyone at those things is learning another language, people tend to be more patient than your average Joe in the street. Many have stuck with me since those very early days and we’re still friends to date.

Not so much in Barcelona as there are plenty of people from all over the world here. It was a different story, though, when I first got to Colombia back in 2007. At that time, the country was only just emerging from a particularly violent stage of its history and foreigners were few and far between. As a 6ft 4” guy, with a pretty pale complexion and some severely iffy salsa moves, I certainly stood out from my Colombian counterparts. Being so noticeably foreign could be a little weird at times, as you certainly attract attention, but in some ways it was good to be different.

Not got to this stage of life yet. We’ll see!

Any tips for beating home sickness?

The times when I’ve felt homesick are also those times when, for whatever reason, things haven’t been going my way abroad. To counteract it, I think really launching yourself into life in the new country is really important. Rather than dwell on how things were at home, find every opportunity to get out there, meet new people, visit new places and try different activities – that’s what you’ve left home for after all.

That said, however much you like living abroad, there’s nothing that can entirely replace that feeling of coming home – even (or especially) if you’re visiting for just for a few days. If it’s in your power to choose where to relocate (and I know that it isn’t always) then I’d recommend opting for somewhere close enough to home that heading back is not a monstrous undertaking. That way, you don’t feel like you’re missing out too much.

It’s not a question, but the most common response I get from people back home when I say I live here is something along the lines of “you’re so lucky! I love Barcelona”. After some kind of smug response from me, it often isn’t long before people ask what I’m going to do after Brexit. That remains a mystery still.

One advantage of moving from London is that wherever you go afterwards, everything seems cheap! One of the things that is noticeably cheaper here is the price of that Spanish staple: wine. Even a glass of house wine in a normal bar in London will cost 5, 6, 7 pounds. The same thing in most ordinary (non-tourist) bars in Barcelona costs just over a euro or so. With those prices, it’s easy to slide into the Spanish café culture quickly.

Perhaps the only thing that is more expensive here is the fee you have to pay to letting agencies in order to secure a flat. They charge 10% of the annual rental cost (which probably equates to around 1,000 euros in fees for a one bedroom flat) to administer the contract and the service you’ll receive in return is, shall we say, less than exceptional.

Long-term planning has never been my forte, but I can’t currently see any reason why I would want to leave Barcelona. I’m very comfortable here and have a better quality of life than I’ve enjoyed in many other places I’ve lived. Especially in summer, it feels like you’re on holiday every weekend!

Of course, you never know what the future holds and circumstances may change later (especially with Brexit on the horizon). But if I had to bet, I would say that I’ll be here for years to come.

Things have all been mercifully embarrassment free here in Spain, but in Colombia adapting to the language and culture presented a fair few more challenges.

As a beginner in Spanish there are plenty of disastrous mistakes you can make just be mixing up a syllable or two, or by mistranslating things from English. It is, for example, dangerously easy to say that you’re “pregnant” when you mean “embarrassed”, or to confuse the verbs for “to introduce yourself to” with “to insert yourself”. As you can imagine, there is plenty of potential for embarrassment as a result, and I fear I didn’t manage to avoid these traps entirely.

On one specific occasion, I mispronounced something so badly that my highly experienced, and otherwise eminently professional, Spanish teacher had to stop our group class for a good 2 minutes because she was literally crying with laughter. Not my finest hour, perhaps, but my pronunciation of that particular word has been impeccable ever since!

It’s not advice specific to Barcelona, but more general for anyone wavering about whether or not to make a foreign move. It’s always easy to find excuses not to leave the comfort of home: worries about work, about whether you’ll make friends and how you well you’ll adapt to your new life. Yet my strong advice would be not to let such concerns hold you back from throwing caution to the wind and setting off on a new adventure.

Wherever I’ve lived, even those places that I later decided were ultimately not for me, I’ve always met interesting people, had great experiences and got a new perspective of things. It’s very rare to meet an expat who regrets their decision to live abroad – even if the main achievement is that they return with a new appreciation for their home country. Becoming an expat is, I think, something that everyone should try at least once in their life. 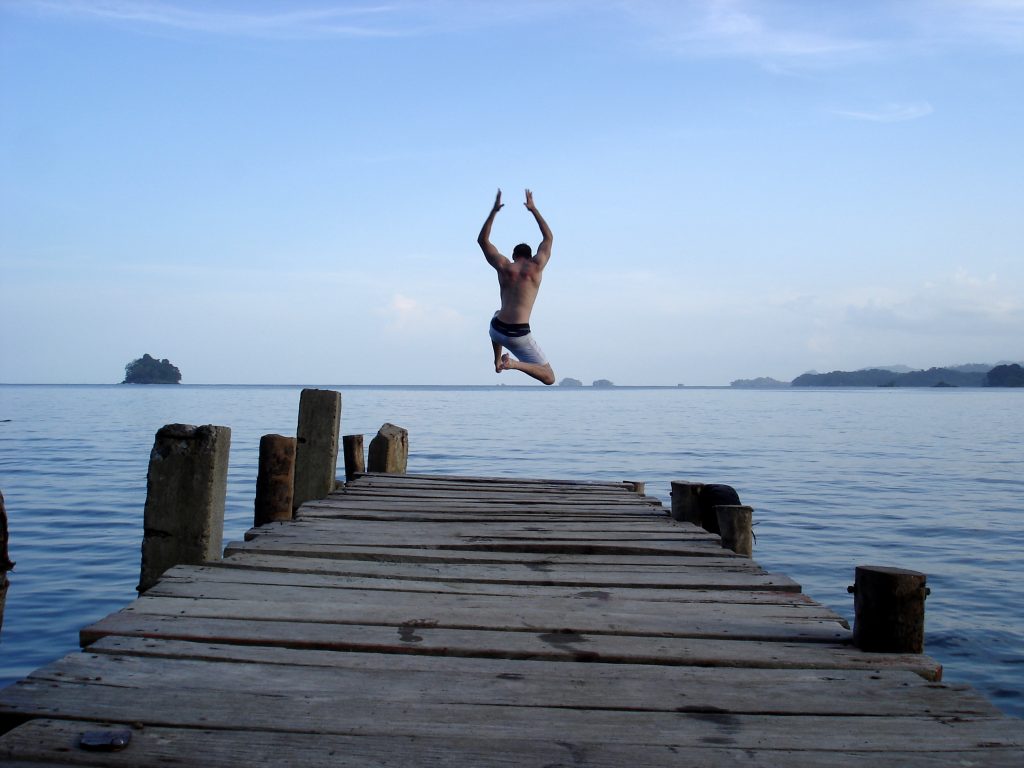 You can hear more from Peter on his websites Colombian Spanish and Secrets of Spanish, and you can follow him on social media using these links:

If you found this article interesting or useful, please share it on your favourite social media channel, and please feel free to leave a comment below – we’d love to hear from you!