Shanghai Min: Searching for the Grail in Chinese Food 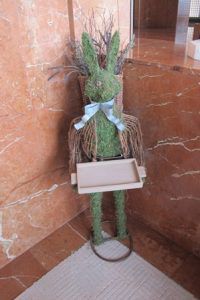 Warning: This blog post has been written during a period of jetlag and severe sleep deprivation.  Should I begin to ramble, feel free to skim through those parts.  However, should you begin to read sentences or phrases that have an otherworldly or hallucinatory quality to them, please shoot me an email.  It’s better to know if I have crossed over the line that separates “I’m so tired” from “Why is that grass bunny talking to me?”

I have probably said this before, but I feel it is worth reiterating.  I am NOT a foodie.  I wish I could say that I had a refined palette but one can hardly make that argument when one has spent an embarrassingly large chunk of one’s life having Twizzlers and Diet Coke for lunch.  However, truth be told, my relationship with food is somewhat more complicated than a simple lack of taste.  Food basically falls into two categories for me; a) stuff you eat and b) stuff you really enjoy.   For me the vast majority of dishes  fall into the first category.   (And I have consumed a significant variety of things including things like snake, pork rinds, bone marrow, liver mush, ox penis and Boone’s Farm Strawberry Hill…the last one of which was probably the most vomit inducing.)   So it is actually quite rare when I find a restaurant that I genuinely like.  This is why I will write about it, even if I am not particularly interested in food…because of the novelty.

Given all of the above it shouldn’t be surprising that, even though  I have been in Hong Kong since March, I had eaten at exactly zero Chinese places that I really liked…until last weekend.  I have eaten a quite a few where I liked the ambience,  and even more where the food was OK.  I have eaten at a couple of very good non Chinese restaurants.  But it was not until last weekend that I had a really good Chinese meal, which came as a result of a recommendation by the guy couple who live in our building. 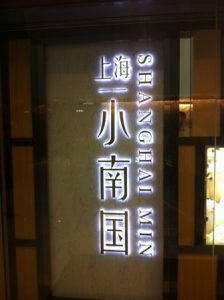 My husband and I went out in search of this place in circumstances where we had, at best, the proverbial snowball’s chance in hell of finding it.  We had just come from a spa (yeah, I know how it sounds) and I suggested we try to find the restaurant that “Brian” had told us about.  Unfortunately, I could only remember the “Shanghai” part of the name, probably because of the aforementioned sleep dep.  We checked Zagat’s mobile app, but no joy.  But in the process of internet surfing on the street, we came across the name that sounded vaguely like that on Yahoo.  Admittedly, it got awful reviews, but that doesn’t tend to stop one from pushing forward when one has gotten into that “it’s the holy grail” state of mind.   After 30 minutes or so of aimless wandering, we found the street where said restaurant was supposed to be located.  However, the particular building number seemed to have miraculously disappeared.  In a state of annoyance we walked into the nearest posh looking building.  This is where I saw a sign for “Shanghai Min” and had the light bulb over the head moment…”Min” that was it!!

We had barely made it up to the 3rd floor of the Man Yee Building when the manager of the Shanghai Min, a very friendly man named Yan Lap Ming,  greeted us very warmly.  He then showed us to a nice table in a very clean and well designed looking restaurant.  I was particularly impressed with the fact that, not only was there family seating here, there were actually families (all non Western) sitting there…including children.  And these were not just the older, they can be sort of trusted to  behave themselves, kind of kids.  There were a fair share of Terrible Twos and Trying Threes there as well.  But despite that, there was surprisingly little noise and disruption.  Perhaps the kids were just well behaved.  Perhaps it was because the ambience was somewhat airy, which helped noise control.   Maybe these were actually just kid hallucinations on my part.  I can’t be sure.  All I know is that the restaurant had a slightly upscale vibe but without the upscale pretension.  This is always a big win for me.  While I am not a expert on food, I am a bit of an expert on atmosphere, and I give them high marks on this!

One little FYI…not everyone here speaks English well.   But they give it their best shot or go get a manager…and you can’t really ask for more.  (We are the foreigners here, and I think do think people forget that from time to time.)  Our little part time server, Moon, was super friendly but clearly didn’t really understand much of anything we said.  Rather than this being annoying, she was so sweet about it,  it was just charming. 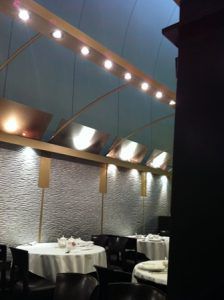 There is no other way to say this.  The food here was really good.  I actually liked everything we ordered, which is unheard of for me.  But a few dishes really stood out.  There was a shrimp dish that was served with tea leaves which had been fried in egg yolk with salt (and probably sugar).  I’m not a big shrimp fan, but it was delicious.  The catch of the day was Leopard Coral Grouper, which was served whole.  Aside from the bones issue, it was amazing.  We also ordered Braised Duck Shanghai Style which was tender and surprisingly low in the grease I have come to expect in this dish.  The vegetable we ordered was bamboo shoots and Chinese spinach, which was just as yummy.   We finished this up with sesame pudding topped with dried mango. Both of us were completely stuffed leaving, which is also a first since moving to Hong Kong.   But I didn’t have that “I have just spent the past hour wallowing in a tub of lard” feeling that I have gotten a few times at restaurants here.  Which has often also been followed by the “praying to the porcelain god” feeling.   Nope, this one was great.  They were even gracious enough to let us take a “doggy bag”.  I know it’s tacky, but everyone else seemed to be doing it, so we figured it was O.K.  It was also another indication of the lack of pretension.  I would recommend this restaurant with no hesitation based on this experience.  Of course, this is the first time, and things can change, but I will go back to find out!

Shanghai Min is located on Level 3 of the Man Yee Building, 68 Des Voeux Road in Central Hong Kong.  I put this in bold because it is impossible to find this information on the Internet..at least the English speaking internet.  You can find it in Shanghai, or in Kowloon, but good luck finding it in Central.  So see above for address!!

Location: ** (Would give it much higher but it’s so darn hard to find)