200 years Prinsjesdag in The Hague

On Tuesday 16th September 2014 the Dutch will celebrate the 200th anniversary of Prinsjesdag (Budget Day) in the Netherlands. It is one of the biggest events of the year in The Hague and takes place on the third Tuesday each September. Many local schools will have off this day so that the students can experience the Prinsjesdag festivities. 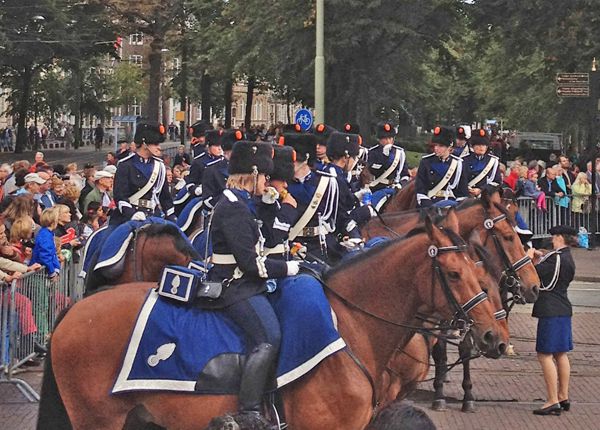 The event is described in the Dutch Constitution (Article 65) which says:

A statement of the policy to be pursued by the Government shall be given by or on behalf of the King before a joint session of the two Chambers of the States-General that shall be held every year on the third Tuesday in September or on such earlier date as may be prescribed by Act of Parliament.

For the second time, King Willem Alexander and Queen Maxima will ride in the royal golden coach (Gouden Koets) from Palace Noordeinde to the Hall of Knights (Ridderzaal) in the Binnenhof. Here the King will deliver what is known as the “Speech from the Throne” (Troonrede), a statement composed primarily by Parliament Ministers (including the official head of the Dutch government, Prime Minister Mark Rutte) and Secretaries of State, which provides direction and expectations of the two houses of Parliament for the new session.

In his capacity as the figure head of the Dutch government, he announces plans for the new parliamentary year. The King’s Speech is not written by the King, but by the Prime Minister and the cabinet.

Major issues to be addressed will be overtly stated in the speech and the crown will then implore cooperation between the two chambers in order to achieve an acceptable resolution for each issue. Once the Speech from the Throne has finished, the Speaker of the Senate will proclaim “Lang leve de koning!” (“Long live the King!”) to which all in attendance will reply “Hoera! Hoera! Hoera!” Ushers then escort the King and Queen out to the waiting carriage, while the president gives closing remarks, which officially brings an end to the day’s joint session of the two houses.

The Golden Coach then departs on the return journey to the palace along the same route it came (departure time 14:00). Once it has arrived back at Noordeinde Palace, the Royal Family will make a brief appearance on the balcony (balkonscène). 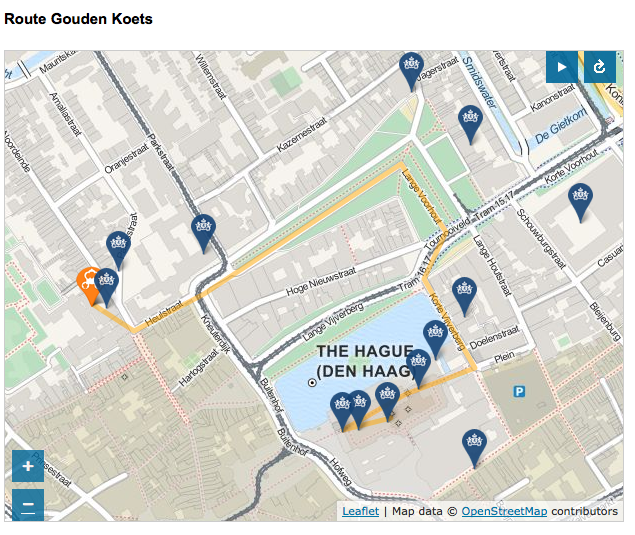 The parade can be viewed along the route. Best views are from the grandstand which has already been set up on the Lange Voorhout.

Activities relating to Prinsjesdag begin a few days earlier and include many on Prinsjesdag itself. Here is a sampling of Prinsjesdag 2014 events:

Many streets in the vicinity of the Golden Carriage parade route will be closed to traffic. Visitors are advised to use public transport (or bicycles) to access The Hague city centre.

More information about Prinjesdag can be found here.