The straight forwardness and directness of locals is one of the first traits internationals notice when living in the Netherlands. The Dutch speak their mind and, unlike in other cultures, don’t beat about the bush, but get straight to the point. What can be perceived as refreshing honesty to some, leaves others offended and hurt. It all depends on our personal expectations and individual set of values. 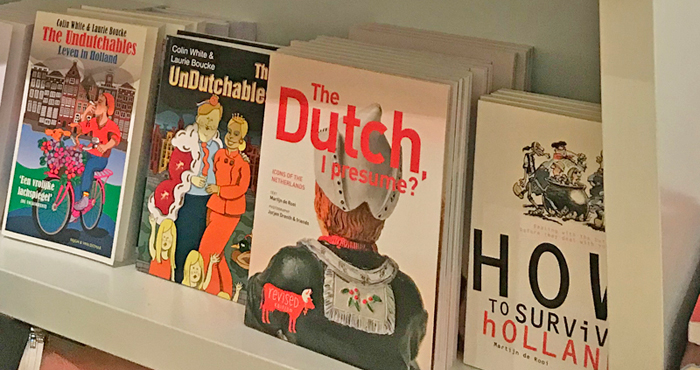 Geert Hofstede, conducted one of the most comprehensive studies on national values. In it, he presents humans as onions, where the outer layers reflect external practices and are modifiable, such as symbols, heroes and rituals. 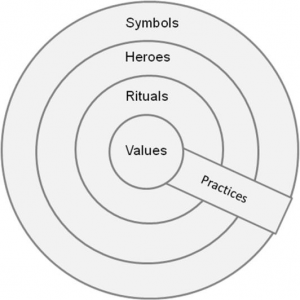 Wearing orange on Dutch holidays – symbols and rituals – or admiring the Dutch soccer players (heroes) are external practices that are fairly easy for internationals to adapt to.

Values and etiquette, on the other hand, are at the core, cannot be seen and are more resistant to change. These are usually acquired during childhood as we grow up in a culture. We are mostly unaware of them until they collide with a conflicting set of values.

When someone tells us to “Clean the windows!” and we consider this utterance very direct, blunt, offensive, and feel upset, humiliated, this is a sign that we expect a more indirect approach, one that avoids confrontation, like “Why don’t you take this number from my window cleaner, he’ll come and clean your windows every 6 weeks…” – it is possible to be indirect in several ways and to various degrees.

We may only change our own values if we have already adapted to external practices to an extent where adapting to the core values comes natural as part of the general acculturation where we can, of course, choose what we want to adapt and what we are willing to adopt.

[Ute: Try to understand and respect the other culture, don’t try to change it.]

If you struggle with Dutch forwardness and honesty, consider this…

When you offer food to visitors from the Middle East, Asia, Italy* etc. and they decline, you need to reiterate the offer a second and sometimes third time. If not, you are likely to have misinterpreted their response. In many countries, it is customary to politely decline the first offer and only accept once something has been offered again. By not extending the second offer, you risk sending your guests off hungry, unintentional as  it may be.

Dutch directness, on the other hand, is often perceived as rude when in actuality, it is just a difference in culture. The Dutch prefer to be honest and direct, which avoids any question or confusion about their response or how they feel about something. They appreciate and understand this way of thinking rather than emphasizing politeness and pleasantries.

After living here a while, you may even find yourself saying something like “Be quiet!” instead of using an indirect phrase like “It’s getting a bit noisy in here” or “I can’t hear myself think”.

*I did the same while growing up in Italy. If I was offered something to eat or drink, I would wait until they asked me three times before accepting, usually when the hostess would say “non fare complimenti” (feel free, don’t hesitate to…)