Speaking multiple languages is a very valuable asset in our global world. Families that live internationally have the opportunity to fully immerse themselves into new cultures and become exposed to new languages.

When families have frequent re-assignments, the parents often prefer sending their children to an international school where lessons are primarily taught in English. But the children will have the opportunity to learn the local language along with other languages at school.

No matter if the family language is different from the one at school, internationally living children grow up bilinguals. They have the ability “to understand and use two (or more) languages in certain contexts and for certain purposes” (Carder 2007). The general assumption is that a bilingual is someone who grows up with two languages from day one and is perfectly fluent in both. But this is only one kind of bilingual; the so called early bilingual acquires two (or more) languages (almost) simultaneously.

One can also become bilingual (i.e. fluent) by learning a second language later, whether it be as a toddler, preschooler, primary or senior school student or as an adult. As soon as a person can “communicate in more than one language, be it actively (through speaking, writing, or signing) or passively (through listening, reading, or perceiving)” he/she is bi-lingual (i.e. comprehends two or more languages).

How can parents make sure that the child can develop or maintain a certain level of fluency? This is where things can become complicated.

If parents want their children to acquire a fluency skill level of native or nearly native (i.e. have full command of the language and speak it with no or little accent; usually achieved before age 6 but possible later in life with extra effort) or confident communicational fluency (i.e. knowing the language and feeling confident enough to speak it with a native speaker with a slight accent; knowing how to read and write, or be learning to do so), and reach an academic language proficiency, they will need to provide constant support in the second language for approximately 9 years.

Moreover, experts advise an exposure of at least 20% of waking hours in order to keep up a language. This is not always possible to provide, especially when children go to school, have after school activities and do homework in their native language. In order to make the best use of the time, parents need to find activities which support the second language. This may include after-school clubs which are led in the second language and provide valuable and stimulating input. Depending on the age of the child and their interests, this can also be obtained in the home, through books, audio resources, DVD’s, games, interactive online sites (for example earlylingo or duolingo) flashcards etc.

Finding peers who speak the local language is the best option. But it can sometimes be difficult to stimulate a specific language use if the children share more than one language, as they are likely to prefer interacting in their more dominant one. In this case, guided play either at home or in bilingual playgroups or clubs can be a valuable alternative.

There are different strategies parents can follow to support multilingualism at home. These do not necessarily require the parent(s) to be perfectly fluent themselves. Even monolingual parents can help their children become bilingual.

Here are 6 aspects to consider when parenting a bilingual child:

No matter if your child is an early or late bilingual, what level of fluency you want them to obtain in the second language, or whether the child learns the language simultaneously or subsequently, know that you’ll need a community to raise a bilingual child. Consistency and flexibility will also need to be balanced. 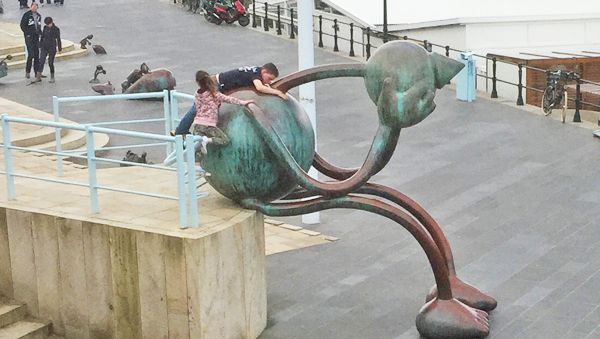