The Volksuniversiteit in The Hague 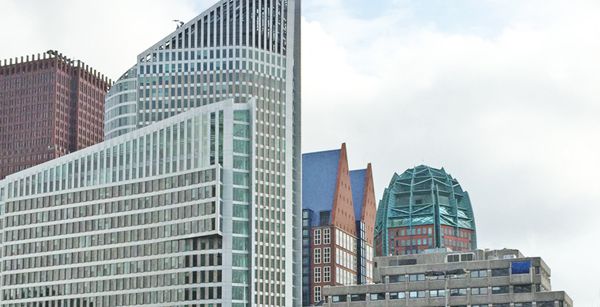 The Volksuniversiteit Den Haag (‘community education The Hague’) was founded exactly 100 years ago with the aim to provide affordable education to all adults, no matter their background or age.

Prof. dr. S.R. Steinmetz founded the first volksuniversiteit in the Netherlands in Amsterdam in 1913, which was followed 3 years later by the founding of the Dutch Association for Adult Education (Bond van Nederlandse Volksuniversiteiten) in 1916.

In 1928, Prof. Steinmetz summarized the goals of the program as follows…

“The Volksuniversiteit aims to contribute to the development of the total personality of the inhabitants of the Kingdom of the Netherlands, regardless of their origin, their religious or political beliefs. In addition to transmission of information in areas of exact sciences and humanities propagating all the knowledge they strive towards this goal by providing opportunities and offering to broaden understanding of spiritual and artistic currents and social development, in order to promote independent thinking and feeling, and accordingly act independently on the basis of freely accepted personal responsibility. The community colleges realize that the individual is inseparable from the whole of human society. They therefore want to ask the personal development of the individual in the context of and in close relation with society in all its facets. The Volksuniversiteit is committed to providing opportunities for continued development of the person as an individual and as a member of human society in all stages of life. ” (my free translation from the homepage)

The Volksuniversiteit Den Haag (VUDH) was first established in 1916 and supported financially by the municipality of The Hague.

Following the second World War, the VUDH started to focus not only on training and education, but on the development of creativity and social skills as well. In the 1970’s, the VUDH became part of the Haagse Cultureel Trefpunt (HCT) until the HCT was dissolved in 1999. In July 1999, a group of the teachers re-established the VUDH in the form of a stichting (‘foundation’). Since then, the VUDH is independent and operates entirely from proceeds of course fees.

Every year, several thousand students find their way to the extensive training programme of the VUDH.

At present, there are about 85 VUs in the Netherlands and in 2013 they all jointly celebrated their centenary with a symposium, a book and a documentary.

The Volksuniversiteit Den Haag is an institute for adult education, open for everyone, regardless of previous training, age, religious or political background. It offers many opportunities for further development and training in areas such as lsnguages, arts and culture, man and society, science, communication, personal development, exercise, food and drink, computer and internet, creativite arts (such as fashion and makeup, gardening, handcrafts, drawing and painting, design, writing, photography and Photoshop) and music for a total of 300 courses, held by enthusiastic and experienced teachers.

Although the course programme doesn’t aim to provide formal qualifications or official certificates, it does offer a great opportunity to spend free time in a useful way.

Furthermore, as most of the courses require a basic knowledge of Dutch, it constitutes a unique chance for expats to broaden their vocabulary in the local language, and to get in touch with locals who share the same interests. For non-Dutch speakers, the Volksuniversiteit offers beginners’ courses in Dutch as a foreign language, as well as many other (24) foreign languages.

Since September 2015, the VUDH offers courses in the culture centre Zuid57 (Zuidlarenstraat 57), where one can enroll in music classes (also for children!): recorder, DJ, flute, guitar, keyboards, music theory, piano and singing.

Most of the courses start in September, but some also start in January or at different times of the year. The easiest way to enroll for a course is via the website. Volksuniversiteit Den Haag address: Van Alkemadelaan 1, 2597 AA Den Haag