Understanding the Dutch doesn’t only mean that we’re able to understand the language. Of course, the best way to understand locals is to talk their language, but if we’re still in the learning process, there are several things that can help us understand our host culture.

The impact our hosts and their country have on us and our life mainly depends on our expectations and our mindset. 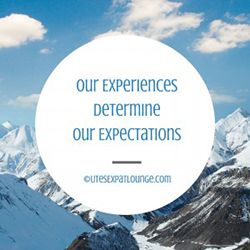 If we expect that in our host country everything will work exactly how it works in another place we lived before, chances are high that we will be disappointed and frustrated. If we didn’t want to move to the Netherlands or if we can’t find a reason to make our stay valuable for ourselves, we will find it hard(er) to settle and feel at home.

On the other hand, if we enter a new country with very low expectations or if we took the decision to move here, we will most probably find it easier to settle in, and we will be more open to learn about our host culture and the locals.

There are many books about the do’s and the don’ts with the Dutch, the best things to know about the Dutch, etc.. Many of these books poke fun at stereotypical Dutch quirks; these don’t really help. They only show that there are others who have experienced the same challenges. But in the end, they are primarily perpetuating the annoyance and we end up spinning in circles.

Understanding the mentality of our hosts is very important. Therefore I always advise to gather information about the history, the values, beliefs and traditions of the host country and its people. We can avoid faux pas by observing locals and asking open questions: Why? When? Where? Who? How? which can’t be answered by a simple yes or no. Be genuinely curious and show you’re interested in learning.

It is natural to compare habits, values and beliefs we are newly exposed to with those of which we are more familiar. For example, a person coming from the UK will expect people to que when waiting for a service, and will usually find it rude when in a Dutch shop if that’s not the case. But the absence of a queue doesn’t mean that people won’t know who is next in the line.

If our expectations aren’t met in the host country, we tend to build walls instead of bridges. By trying to understand why something is different and how a situation could be interpreted from another angle, we can avoid many conflicts. Also, not taking things personally or too seriously, will help us stay open minded.

Like every society, the Dutch have a code of etiquette which governs social behaviour. Here are some points relating to Dutch etiquette I personally think are useful to be aware of :

The Dutch people are traders by nature and tend to get right down to business. The Calvinism* and the long tradition in trading explains the tendency of being quite frank and straight forward, and the no-nonsense attitude which is sometimes perceived as impersonal. Being very honest is the norm in this culture and can actually be very refreshing as you always know what the other is thinking – and you’re allowed to share your thoughts too.

Honesty is more important than politeness. Asking about basic rules will not be considered impolite. Phrases like ‘I beg your pardon’, ‘I’m sorry’, ‘Excuse me’ or ‘Thank you so much’, are not commonly used by Dutch people. Some cultures may consider this behaviour as rude, but it’s related to the no-nonsense attitude. Nevertheless, it is advisable to know how you say “thank you” (danjewel or dankuwel), “please” (alsjeblieft or alstublieft, abbreviated with a.u.b.) and “sorry” (het spijt me). I’m always surprised that foreigners think there is no Dutch word for “sorry” as many locals would just use the English word for it.

When we move to a new neighbourhood, it’s customary to present one’s self to our neighbours and invite them to a housewarming. We can do so by asking them personally or by sending written invites. I advise to plan this with approximately two weeks in advance, preferably on a Saturday morning. Indicate the specific time, for example from 10:00 to 12:00. People won’t expect a meal but rather hapjes (i.e. fingerfood), cookies, coffee, tea and soft drinks. And don’t be surprised that when you put a start and end time, everyone leaves at the designated time.

Although there are occasional exceptions, food does not generally play an important part in Dutch hospitality and is not essential to make someone feel welcome. Do not expect to be served a meal unless it is specifically mentioned in the invitation. I know that many internationals 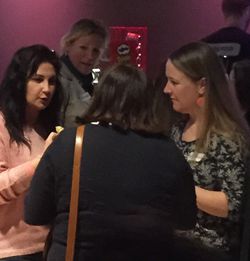 struggle with this which results in thinking Dutch people are inhospitable. The Dutch like gezelligheid – there is no exact equivalent in English, but “cozy”, “pleasant” or “enjoyable” might sum it up nicely. The accent, in Dutch gatherings, is put on the networking, on getting to know the other person and find out how each can help the other and connect beneficially.

At business and social meetings it is customary to shake hands with everyone present. Introduce yourself if no one is present to introduce you. The Dutch consider it rude not to identify yourself.

When speaking with someone, always make eye contact. Not looking someone in the eye will be interpreted as not being honest.

The value of privacy is important in the Netherlands. This is also one reason why locals tend not to speak to strangers that much. It is not that they’re disinterested, they prefer for you to make the first move. Don’t be afraid to do so!

Commitments are taken seriously and are expected to be carried out. Do not promise anything or make an offer if there is a question as to whether you can deliver what is promised. This includes making an appointment. If it’s in the agenda, and you cannot make the appointment, it will be expected that you call to cancel and apologize.

The agenda plays a very important rule for the Dutch, not only for meetings but also for invitations, playdates etc. Be prepared to plan in advance. If your Dutch colleague or friend says he needs to check his agenda if he is free to meet with you, it means that you’re very important to him and that he wants to make sure that he can commit 100% to this. The same is expected from you. So, if you agree to meet, this is a serious commitment and you’re expected to be punctual. In case you’re going to be late, call and apologize. Punctual means that if you meet at 3pm, you’ll be there at 3pm sharp.

If you’re invited at 8pm, don’t expect dinner to be served (unless it is explicitly stated in the invitation), because Dutch usually have dinner at 6pm (especially if they have small children). At 8pm you can expect a kopje koffie or a glas of wine (or beer).

Usually the Dutch don’t like people to stop by informally. They value family privacy and keep work and private life separated, and therefore wouldn’t “drop by anytime”. If you know someone very well you can call in the morning to ask if you can come by that evening, but normally you should call further in advance. The greater the social distance between you, the longer in advance you need to call.

Despite their straight forwardness, the Dutch are relatively slow in decision making. They ask of consensus and involve all participants to voice their opinions not only in the workplace but also in the family. Including children in decision making processes is, in my opinion, one of the main reasons why Dutch children are among the happiest in the world.

I think that sayings usually contain a lot of information about the value and beliefs. Here are some I think sum up the above.

Doe maar gewoon dan ben je al gek genoeg (just act normal and you’re crazy enough) reflects the general tendency to downplay achievements and possessions in order not to appear “better” than anyone else. Dutch love to leave their windows wide open and in full view: they don’t have anything to hide and they keep everything else on the down-low.

Laat je niet gek maken (wise up or don’t let yourself be fooled) is a piece of advice used by many people and is from a favourite Dutch philosopher who is neither academic nor artist, but rather a football player and trainer, Johan Cruyff (1947).

The poetic line Als je goed om je heen kijkt dan zie je dat alles gekleurd is (If you look carefully enough around you, then you’ll see that everything is coloured) by the Dutch poet K. Schippers (pseudonym of Gerard Stigter 1936) frames it perfectly ( this also happens to be the title of a magnificent anthology of children’s verse (highly recommended!)).

The greatest Dutch philosopher Baruch Spinoza (1632-1677) ended his “Ethics” (the guide to end all guides to happiness) as follows: Al het voortreffelijke is even moeilijk als zeldzaam (All things excellent are as difficult as they are rare). In other words, being simply happy without worries is not easy and will take a lot of effort.

* Although Calvinism no longer dominates religion in the Netherlands, many values can be attributed to Calvinist roots.