Universal children’s games, plus some traditional Dutch ones

Playing games is a natural way for us to learn a wide range of social skills and experiment different contexts of life, and about culture and cultural values. Some showcase cultural differences while others are shared universally.

Pieter Bruegel the Elder illustrated more than eighty games in his picture Children’s Games in 1560 (the painting is currently on display at the Kunsthistorisches Museum in Vienna). The painting depicts children, from toddlers to adolescents, playing common games. They are “absorbed in their games with the seriousness displayed by adults in their apparently more important pursuits”. “His moral is that in the mind of God, children’s games possess as much significance as the activities of their parents”. 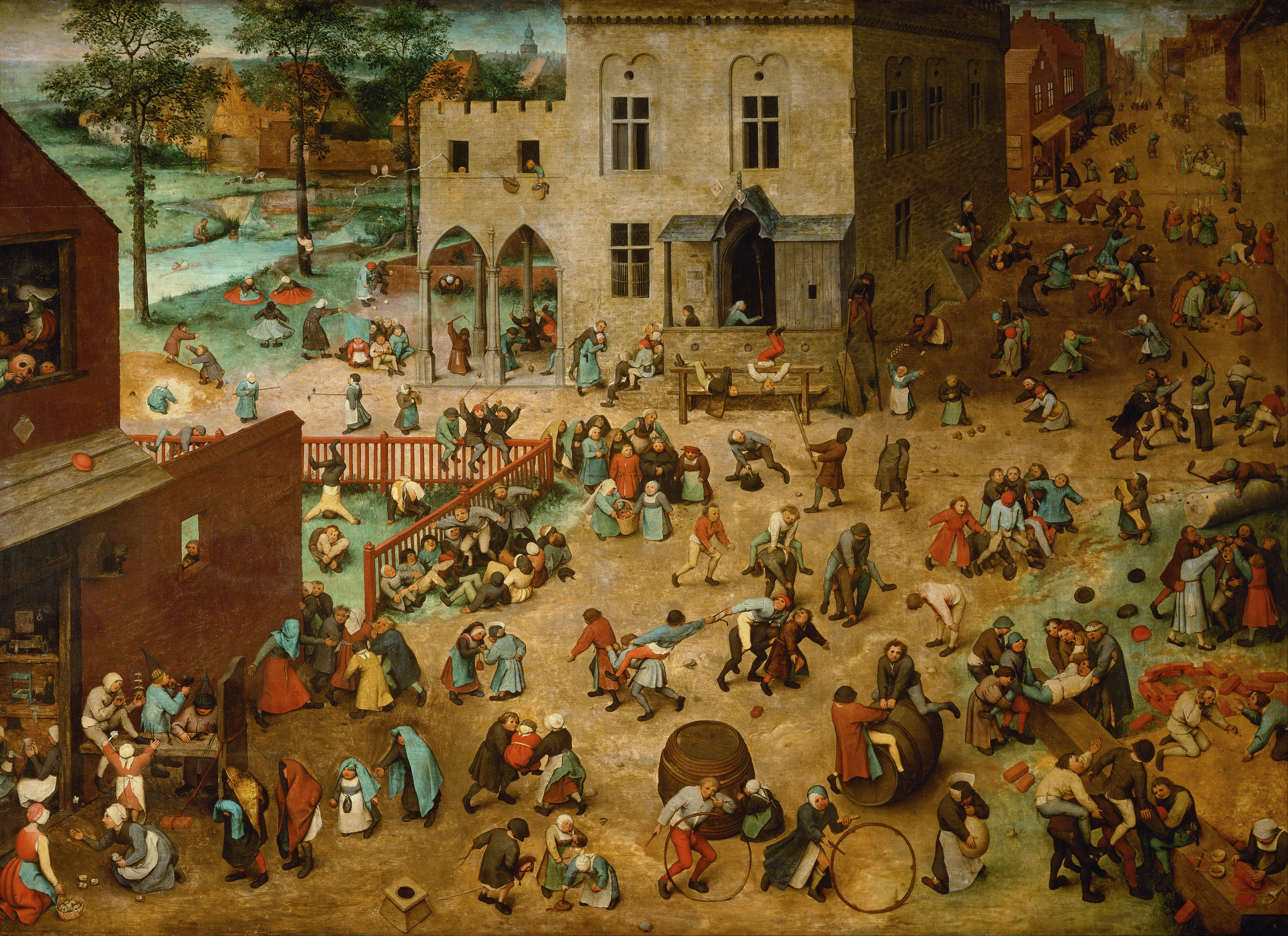 In just about every culture, children used to play specific games at birthdays or on other special occasions. Here in the Netherlands Spijkerpoepen and Koekhappen are very specific Dutch games, whereas Sjoelbak and Ganzenbord are commonly played in other cultures too.

Spijkerpoepen is a game scouts like to play and other children on national holidays in the Netherlands. It is an old Dutch game which leads to amusement and requires good coordination and concentration. You need a rope (or string), a nail and a bottle. The nail is attached to the string and fastened to the backside of the player’s trousers. The aim of the game is to put the nail into the bottle only by moving the hips and the middle and upper legs.

Koekhappen is a Dutch game that children – and sometimes adults! – play at kinderfeestjes (kids parties) and holidays such as Koningsdag (King’s Day). An ‘ontbijtkoek’ (gingerbread cookie), or other soft delicacy, is attached to a thread and the players try to bite it off while keeping hands behind their backs.

A variation of koekhappen is appelhappen, where an apple covered with stroop (a candied apple) is attached to a string. The stroop makes it more difficult to bite into the apple and the likelihood of getting besmeared with stroop is quite high.

Pictured below, setting up the game to play at a party. 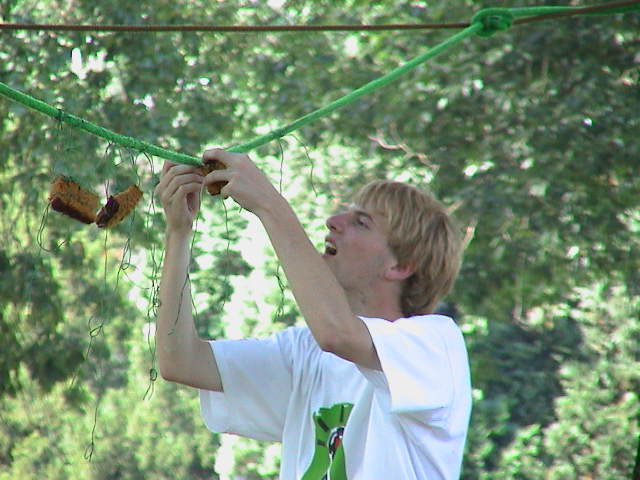 Sjoelbak is a game where players slide pucks down a board aiming for one of the 4 slots at the opposite end. The slots have different point values, from 1 – 4. The player whose turn it is Each turn consists in three rounds where the player slides all available pucks down the board. After the first and second round, all pucks that did not go into a slot are returned to the player, while pucks that did go in are stacked in the back of the slot.

Families usually decide on the house rule for a puck which may go into a slot but bounce back out or a puck that lands on top of another.

This game is also played in Belgium, France (billard hollandais), Germany (where it is called Jakkolo) and Czech Republic (where they refer to it as šulbak. 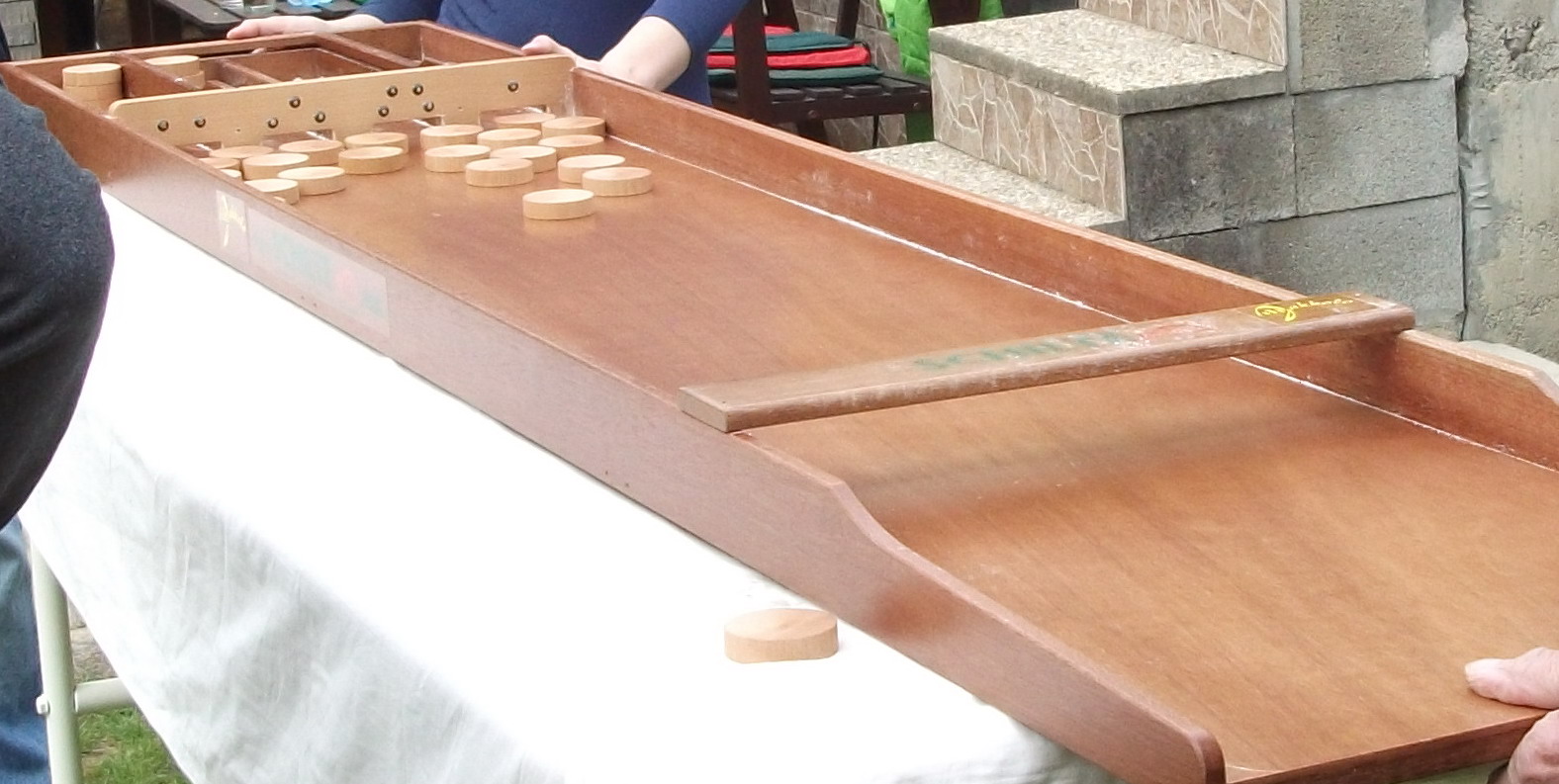 Ganzenbord, also known as Game of the Goose or Goose game in English, or Gänsespiel in German, gioco dell’oca in Italian, jeu de l’oie in French, juego de la oca in Spanish, etc., is a board game where two or more players move pieces around a track by rolling a die. The aim of the game is to reach the last square before any of the other players, avoiding obstacles, bridges, and “death” – where the player is sent back to start. There are also penalty spaces which force the player to move backwards or lose one or more turns. 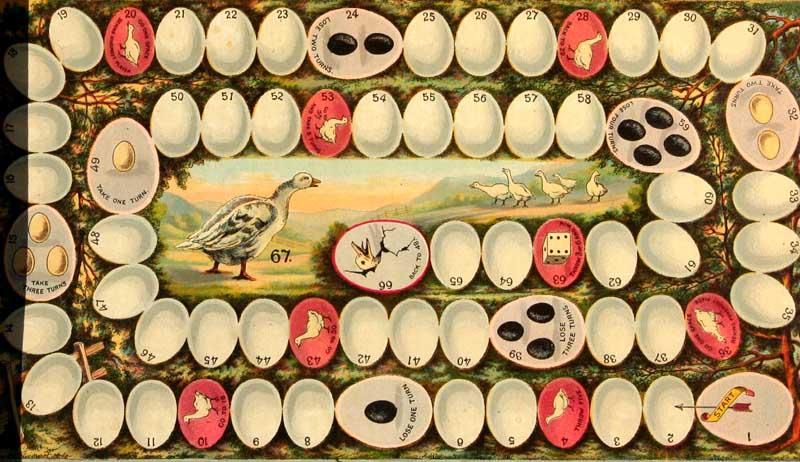 PUBLIC HOLIDAYS IN THE NETHERLANDS