Dutch cuisine is not a term often heard as meals in Holland are rather simple when compared to other European countries like France, Italy or Spain. Key food items are cheese, potatoes, sausage, beef, bread, chocolate and dairy products. Popular beverages are coffee and fruit juices. 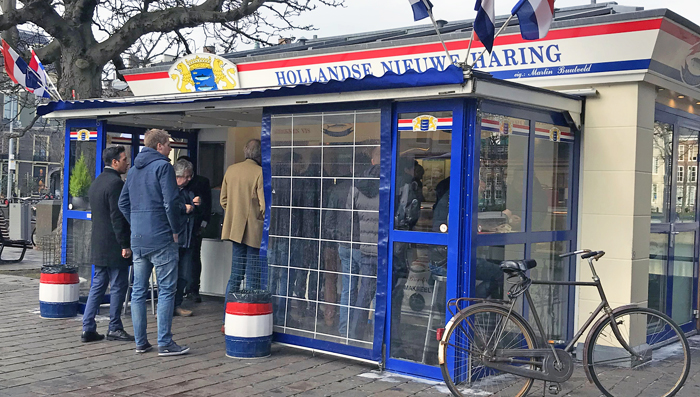 The Dutch often start their day with slices of buttered bread, a roll with jam or honey or yogurt with fresh fruit. A weekend breakfast may also consist of eggs with sausage, ham or fresh fish. Children will eat cereal or buttered bread topped with chocolate sprinkles (‘hagelslag‘).

A cheese sandwich (‘broodjes‘) is the most common Dutch lunch item and is usually accompanied by a glass of milk. If workers venture out for lunch, they may opt for deep fried fish (‘kibbeling‘), a cone of french fries (‘patat‘) topped with a mayonnaise-like dressing (‘fritessaus‘), salted herring (‘Hollandse Nieuwe haring’) or a salad (‘sla‘) with sliced meats. 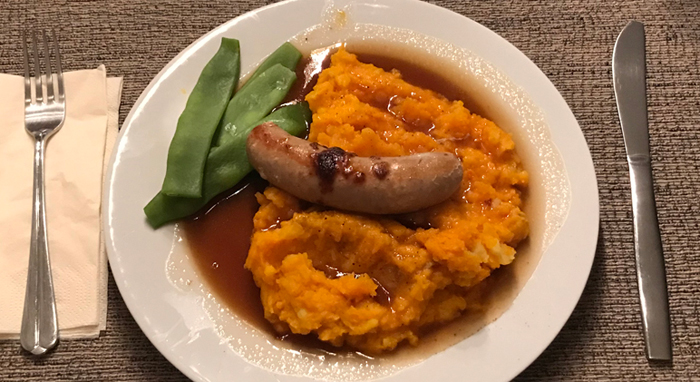 In Holland, 6pm is dinner time and it is rare for Dutch people not to make it home from work by that time. Some common foods the Dutch eat for supper include:

Expats living in Holland can find a wide range of Dutch sweets and baked goods in their local supermarket. Popular items include:

The Netherlands is one of the largest producers of cheese (‘kaas’) with one of the highest per capita consumptions of cheese. Cheeses are usually named after the Dutch city or region where they originated; many of these names are familiar to consumers around the world, such as Gouda, Edam, Leyden and Limburger cheese. Dutch shopping malls typically have one or more cheese shops (‘boerenkaaswinkel’ or ‘boerenkaasspecialists’).

Cheese can be purchased in rounds, chunks or pre-sliced. The taste will vary based on the amount of time it has cured; young cheese is milder than old cheese.

Kwark is a popular dairy product with similarities to cottage cheese, but with a smooth texture.

DUTCH WAYS TO MASH UP POTATOES