Give Dance a Chance

Last night I went to see Burn The Floor. Ballroom. Reinvented. at the Lucent Danstheatre in The Hague.  For those who haven’t heard of it, Burn The Floor arrived on Broadway in 2009 to much acclaim.  It was also a hit during its limited run in the West End last year.

But Burn The Floor was actually created by Australian dancer and choreographer Jason Gilkison, and first began touring as a production in 2004. Since then it has played in 30 countries around the world, to audiences mixed between traditional dance enthusiast and new found fans of dance, as a result of the popular television dance competition shows So You Think You Can Dance and Dancing With The Stars.

All I can say is you should order tickets today! You don’t want to miss the last 3 local performances, even if you have missed the one date it played in The Hague. You can still catch it this weekend from Friday to Sunday at the Nieuwe Luxor Theatre in Rotterdam (see details in the AngloInfo South Holland what’s on guide). Trust me, you won’t be disappointed.  It is so high energy, that despite my tiredness going into the theatre and fear that I would fall asleep once the lights went down, I not only stayed awake but my pulse was racing with the incredible athleticism of these dancers. 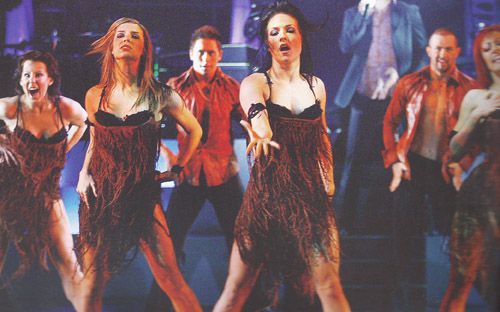 The underlying theme for the show are the ten dances that make up standard international ballroom competitions. As many of us have become aware of from the television shows, they are the: Cha Cha, Foxtrot, Jive,  Paso Doble, Quickstep, Rumba, Salsa, Swing, Tango and Viennese Waltz. From there, the audience is taken on a journey through time, with numbers inspired by and from the jazz clubs of the 20’s and 30’s,  the Havana hey days of the 40’s and 50’s, the flower power and funk of the 60’s and 70’s, to the street dancers that were born of the 80’s and 90’s. 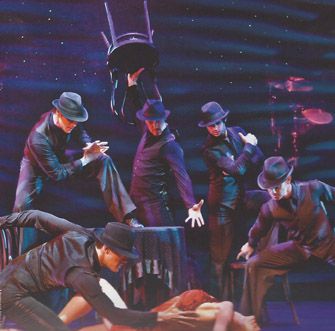 But don’t expect to see standard, traditional takes on any of these. As the tag line says, this is Ballroom. Reinvented.  Watching it, you almost became exhausted from too much adrenaline. Because unlike watching one of the episodes of So You Think You Can Dance, where there is one or two standout performances a week that make you go… wow, this is back-to-back-to-back dance numbers that all make you go…WOW!

And before I forget, one of the things you will love as well is the live music, two musicians who make it sound like there is an entire orchestra and also two terrific solo vocalists who are integral in setting the mood of numbers. They each perform several songs, many of which will be familiar to you, from the mellower Nights In White Satin to the pounding  beats Proud Mary.

Most all of the dance pairs that are in the production have emerged from the various national editions of the So You Think You Can Dance franchise, including the Australia, Ireland, Italy, Slovakia, the U.K. and even one pair from the Netherlands.

If you are reading this from elsewhere in the world, check out the Burn The Floor website to see if they are heading to your neck of the woods. As I already said, you won’t be disappointed.