Did you ever visit a tourist attraction you had been waiting awhile to get to, and then came away feeling a bit let down? It’s not that the attraction isn’t worthy of a visit, it’s more about your expectations having grown to the point where anything less than spectacular was bound to disappoint.

Well I finally made it to the Euromast this past weekend, and I’m happy to say that was not the case for one of Rotterdam’s most popular tourist attractions. Yes my expectations had grown over time, but still I was not let down.

For those unfamiliar with the Euromast, it is a tower first constructed in 1960 for a major flower exhibition, the Floriade which only takes place once every ten years. The name Euromast comes from the tower’s design (to resemble the mast of a ship) and the international appeal of Rotterdam, which happens to be Europe’s largest cargo port. The original tower reached 101 meters and included two restaurants in a pod which sat atop the structure. It became the tallest element of the Rotterdam skyline. But by the end of that decade, its height was eclipsed by newer construction projects.

To regain its title as the tallest building in Rotterdam, an extension was added in 1970, called the Space Tower. It almost doubled the Euromast’s height, which now measures 185 meters (approximately 56 stories). To this day it remains the city’s tallest structure.

Some interesting facts to mention about the construction of the Euromast:

Now back to my visit… which technically was two trips that happened a week apart. The first was to meet a friend for dinner who happened to be in Rotterdam on a business trip. We made dinner reservations in the tower’s restaurant, the Euromast Brasserie. When we arrived, before we actually headed up, we found out there was an annual pass you could buy which was less than twice the cost of a single visit and would provided unlimited entry during the remainder of the year (single adult admission= €9.25, annual pass was €17).

We had an enjoyable dinner and during a break between the appetizer and main course, we went up to the observation platform located one level above the restaurant. The night views were spectacular with the Rotterdam skyline twinkling in the darkness. I took lots of photos but was disappointed to find most of them didn’t come out.

Just one week later, there I stood again on the observation deck of the Euromast, but this time it was during the day. The sun was shining and the views were even more impressive in the day than they had been at night, as you can see from the images below. 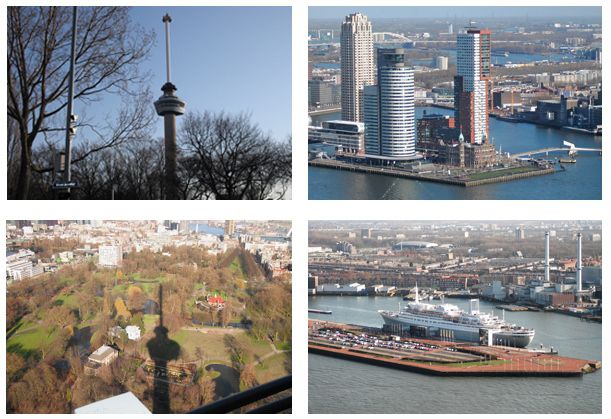 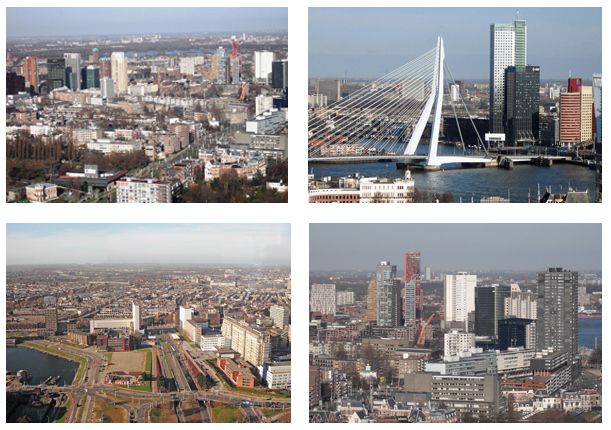 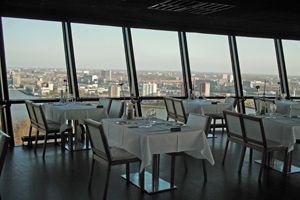 In short, I would highly recommend visiting Rotterdam’s Euromast tower, especially if you like fantastic views from high up. Whether you go during the day or at night, it is equally as impressive.