The little old ladies in black are disappearing

The little old ladies in black are disappearing 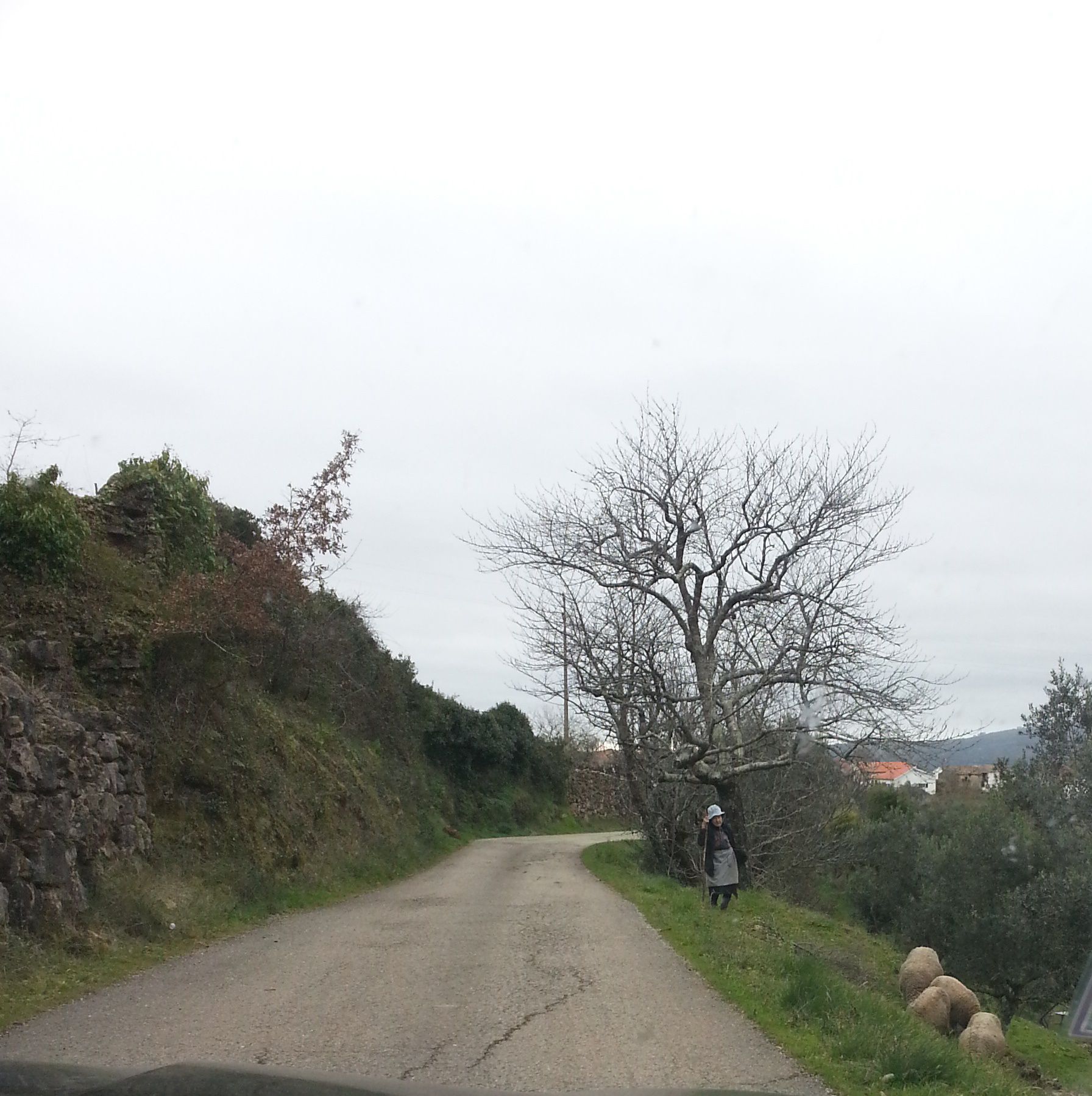 The little old ladies in black are disappearing there is definitely a lot less of them about than there was twenty years ago.

I vividly remember being at a roof raising party ten years ago when the room was full of little old ladies dancing to a squeeze box and hand held kind of tambourine like drum.
They were dancing with the men of the village in what seemed like a very old waltz to me (I know nothing about dancing or musical instruments)

Emboldened by the lashings of free red wine I had a go and it was not a pretty sight as I said previously I know nothing about dancing!

My dance partner an old Portuguese lady with grey hair under a black head scarf came up to just above my hip and she was as strong as steel.

I don’t know if it was the wine or the fact that as she was so small but she affected my center of gravity and she moved me around that floor as easily as she would manage a cow in a milking parlor.

I had no possibility other than to move when guided and at some speed!
The floor that we were dancing on was the new timber first floor of a house that we were building. There were no internal walls in place and the whole floor bounced with the 30 or so people having fun upon it. The party ended after midnight our clients had a whale of a time joining in. the husband left the party cursing because he had forgotten his camera.

If you go to local produce markets in between the normal official stalls you will see little old ladies in black selling small amounts of produce from their land. A few eggs, oranges or some spinach often they can’t count so it’s best to buy an even number or a whole kilo as the very low price is usually the same.

They do say that the reason that you see more little old ladies than old men about is that after a life time of drinking too much rough wine, smoking and spraying vines without a face mask finishes them off early.

So perhaps I should have called this post – where have all the men gone.

My aim in sharing this blog is to entertain and inform. Having lived here for over a decade I have encountered most of the frustrations and difficulties that most of the readers will have and I hope to share some ideas and experiences.