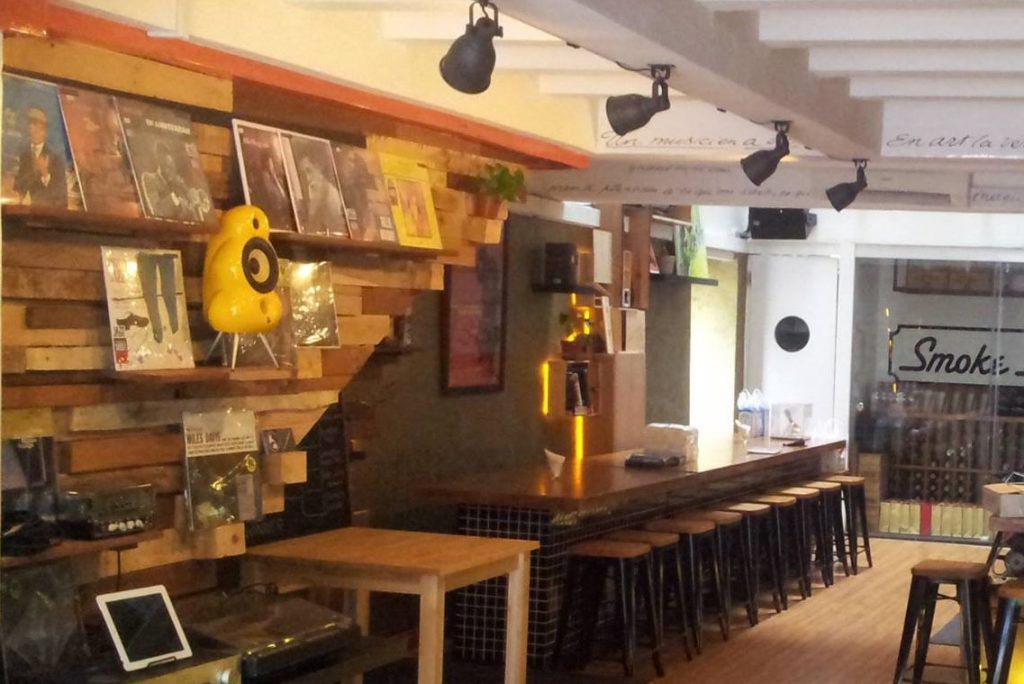 Go here for:
Casual drinks – Kick back after a hard day’s work and relax.

Ambience:
Quietly tucked away on the corner of Duxton Hill next to the vibrant Buyan Bar. Smoke Shack is a concept bar linked to Ergo Sum bar. The walls are decked with old cassettes and vinyl’s creating an old school type vibe. The interior is a little bit too much like a café for my liking and there isn’t much of an atmosphere present. There are very few indoor and outdoor seating options.

Personal experience:
I stumbled across Smoke Stack whilst originally trying to get into the bar next door. Smoke Stack was the lucky recipient of next door’s fullness as my friends and I decided to give them a try. I believe they are fairly newly opened.

The outside seating was taken up and it looked like people were enjoying themselves. We had to sit inside which was a bit of a shame as we were the only table in there. The atmosphere was pretty non-existent and the draft beer selection was poor. Still, the service was great and so was the pizza (pricey though at $28 for Four Cheese). The toilet was located behind the restaurant and it was like wading through a wet market to find it. Bit of a trek.

In the end, we only stayed for a couple of drinks as we were keen to get somewhere a bit livelier to pick the night up again. As we were all drinking beer rather than wine or spirits, we wanted something different to a pint of Paulander. Certainly give this place a try if you want a quiet evening and a few nibbles.

Blog reviewing different bars in Singapore as I frequent them alone or with friends. I will split the blog up into the following sections:

I hope you enjoy reading this blog as much as I enjoy writing it! Cheers!