Posted on February 9, 2018 by Trenchergirls

Last night saw the exciting finale of the 2018 Singapore International Violin Competition at a spectacular Grand Final concert at Esplanade Theatres on the Bay with the Singapore Symphony Orchestra under the baton of Joshua Tan. 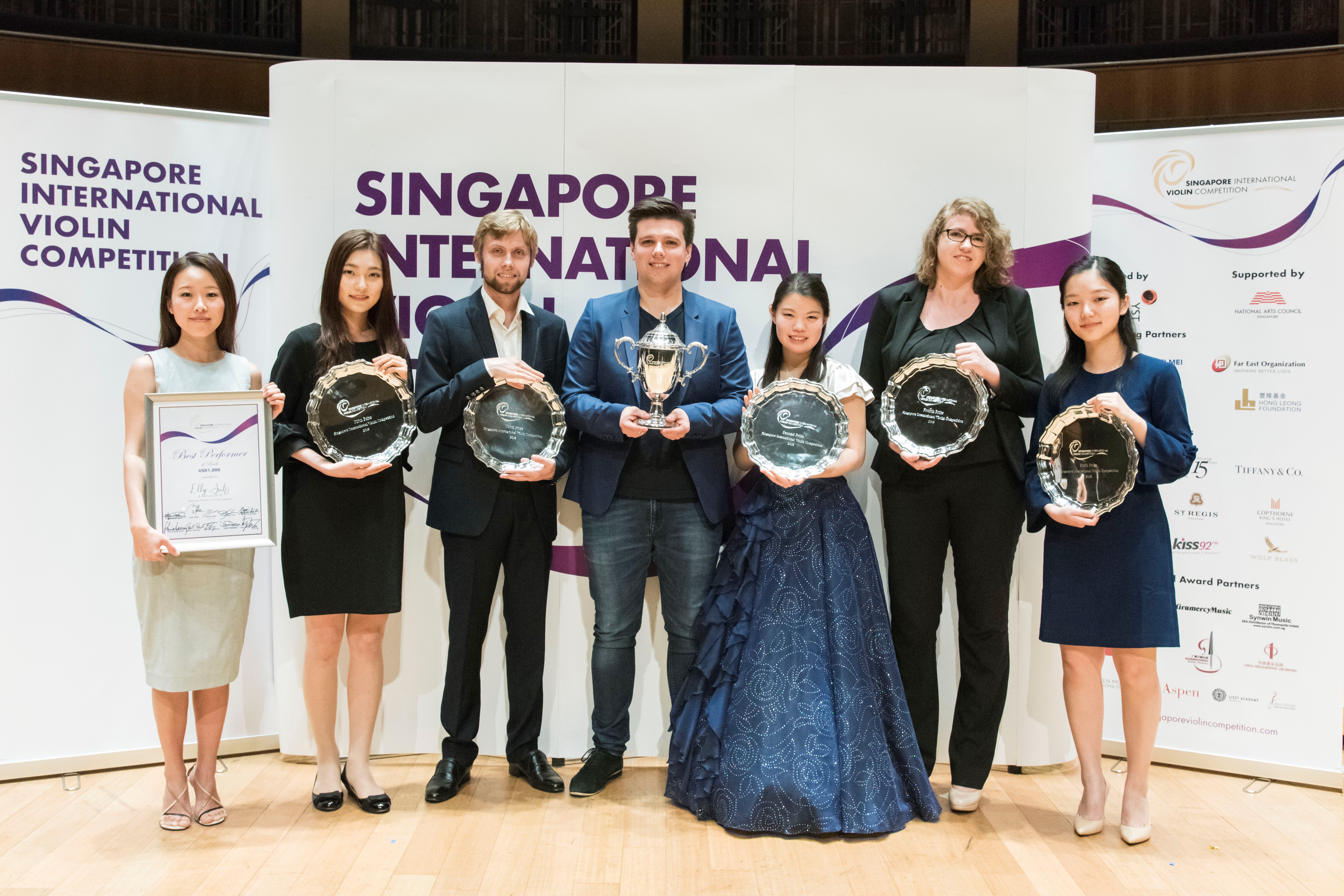 Sergei Dogadin from Russia and Austria was awarded the stunning Tiffany & Co winner’s trophy and took home the US$50,000 first prize following a superb, world-class performance.

After almost two weeks of live rounds and deliberations across the YST Conservatory of Music and Victoria Concert Halls, the 29 final candidates from 11 countries were reduced to a final three who confidently took to the Esplanade stage to compete for the coveted prizes.

Over 120 applications were received from all over the world for the 2018 Competition, with the final candidates representing Singapore, USA, South Korea, Austria, Bulgaria, China, Switzerland, Ukraine, Japan, New Zealand and the United Kingdom, proving the truly global nature of the Competition.

As the winner of the Competition, Sergei Dogadin will receive a cash prize of USD$50,000, international performance opportunities with some of the worlds’ great orchestras and concert halls and access to a 3-year loan of one of the fine, rare instruments of the Rin Collection. He is also the recipient of a magnificent Hamilton Cup trophy from luxury global brand Tiffany & Co, and a 3-year supply of Violin strings from Synwin and Thomastik-Infeld.

Sergei Dogadin, said on how he felt after winning the Competition:
“It was a great experience to play in Singapore, it is a beautiful city. I thought the standard of playing was very high, so I am very excited to be the winner!”

Chair of the Jury, Qian Zhou on conclusion of the Competition said:
“The inaugural competition in 2015 was a wonderful success, so we definitely wanted to make this edition just as great, and we have done that! It was wonderful to once again have such a close Competition, with some excellent performances and such an exciting finale.”

The Singapore International Violin Competition was launched in April 2014 as a landmark cultural initiative for Singapore and South-East Asia. The international level competition serves as a showcase for aspiring professional violinists from around the world. The Competition is being hosted by the Yong Siew Toh Conservatory of Music at the National University of Singapore, and is supported by Far East Organization, Hong Leong Foundation, Lee Foundation, the late Mr Rin Kei Mei and Mrs Rin, and the National Arts Council of Singapore.