Paju: Where the Skies are Blue and It Smells Like Country

As I prepared to leave Korea, I tried to schedule time with all of my friends, especially the ones that I didn’t get to see very often. I had to plan two months in advance for this busy gal, but Shauna, my Irish friend and fellow AngloInfo blogger, and I settled on me coming up to Paju the last full weekend of May. For those that don’t know, Paju is about as far north as you can get without going into North Korea itself. It’s very rural, especially compared to where I lived, to the point that it smelled like country somehow!

Shauna asked me what I wanted to do and I told her I didn’t really care, so she planned the whole day for me. We started off at Samneung which is a collection of three royal tombs from the Joseon Dynasty.

We were very blessed that day-the weather was gorgeous, the skies were blue, and there were very few people there.

Since there were very few people there, it was incredibly quiet and peaceful. We ended up sitting in one of the buildings and just talking for almost an hour.

After we had seen the tombs, she told me she had a surprise for our next visit. We got into her little car and chugged along the highway until we came to these massive standing Buddhas, Yongmiri. 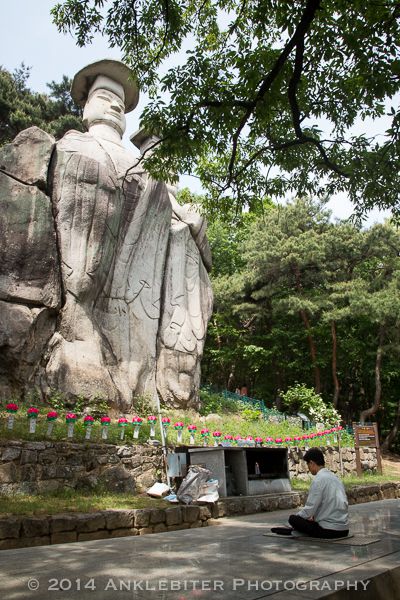 After leaving Yongmiri, we stopped by her apartment for lunch and a catnap (no pictures, sorry!) then headed to one of my favorite places in Korea: Heyri Art Village.

The whole day was a great way to say goodbye to my blogging rival and friend! 보고 싶어, 쇼나공주!

A photo blog documenting the adventures of an American expat in Seoul.