Chuseok this year called for some much needed RnR, closer to home. I ventured around Seoul for a bit and just one of the many highlights for me, was an unexpected trip a few friends and I made to Suwon to visit the Hwaseong Fortress. 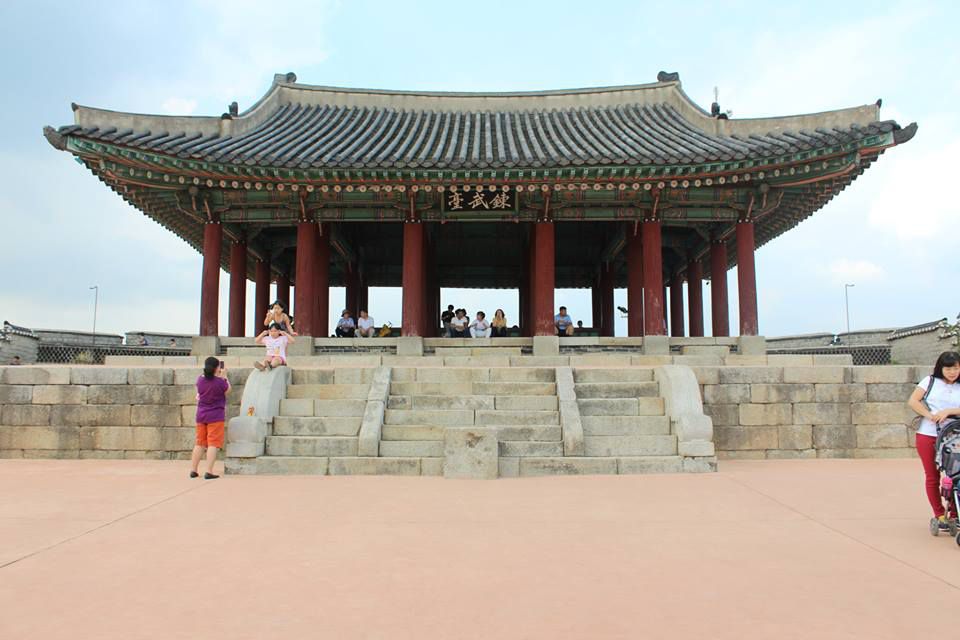 This was my first time to visit Suwon. This buzzing town inhabits over 1 million people, all kinds of people. As soon as we stepped off the train we were bombarded with a vast majority of foreigners. Mixed in with some Koreans it felt like I was in another country. The bunch of people surrounding Suwon station and AK Plaza made the scene chaotic and unbearable. Not to mention the unpleasant smells on the street that we came across. Ok, ok, I know I’m not making any of this sound good, but it was all a build up to something magnificent!

So on to the Hwaseong Fortress we go! Our first stop was the tourist information centre, where we were warmly greeted by a kind gentleman who provided us with an English map of the fortress and a ticket consisting of the bus numbers we could catch outside Suwon station which would take us directly to the fortress. So following his instructions we hopped on a designated bus and off we went. Five stops later and exuding excitement we found ourselves at one of the many gates surrounding the fortress.

The first sighting was that of the Namsamun Water Gate. (Refer to picture below for its history). Shortly after passing this we walked up a flight of stairs and the adventure began. At first I have to admit it looked like a 5km walk along a boring track, which was all looking much the same after a while. Nevertheless we pushed on and eventually found ourselves heading towards the hub of it all. It had seemed that we caught the wrong end of it and worked our way up to the awesomeness. This was not a bad thing. 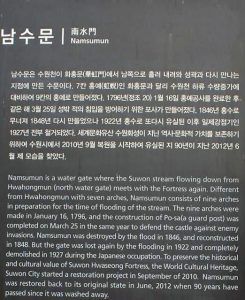 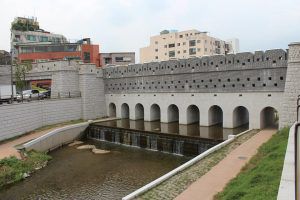 Down at the main gate where it was all going down, we came across throngs of people, some taking an archery class and others boarding the fortresses trolley train to tour around Hwaseong. 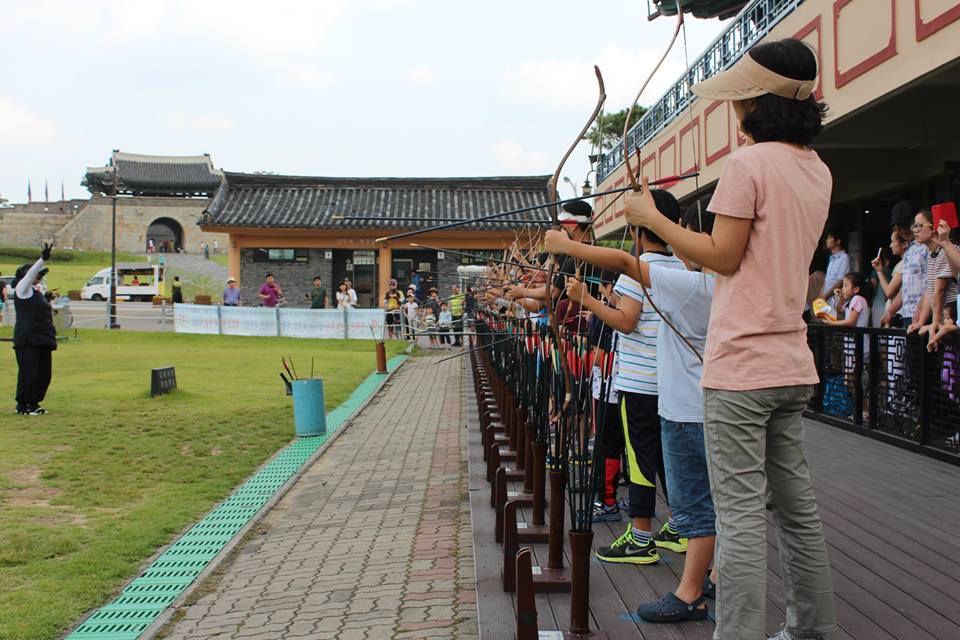 The archery classes looked superb, unfortunately the instructor spoke in Korean only for those of us who can’t speak the language it will be difficult to understand her. However, it is fairly easy to just follow the actions and movements of the others around you. The cost of 10 arrows is a mere 1500won. And if you are a professional archer there are also targets to suit your needs. 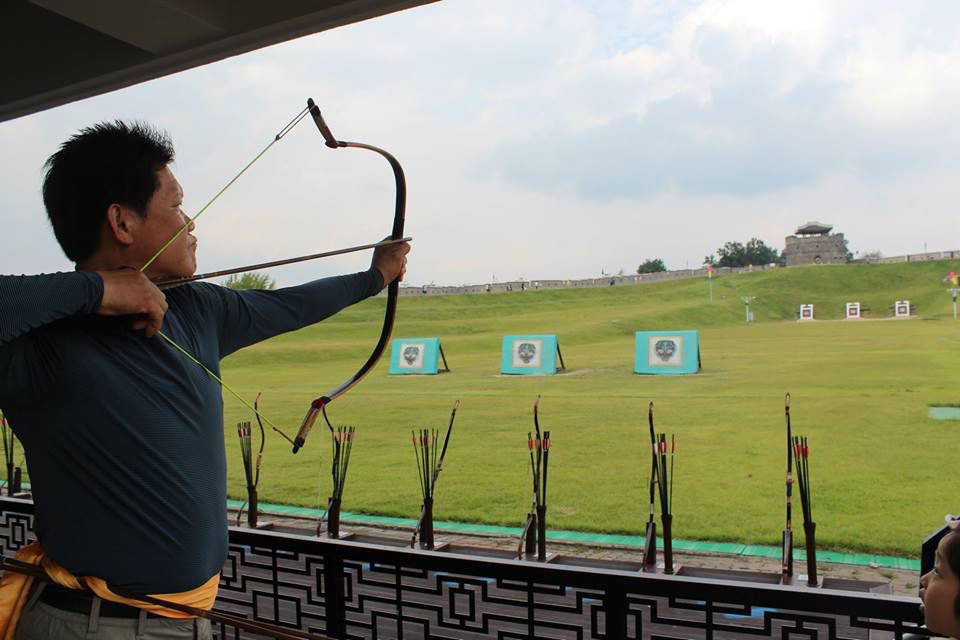 There was also a tourist friendly train one could ride that also costs just 1500won and it transports travelers through a designated route showing some sites of the fortress. Because of the crowds though all tickets were sold out for the day and we couldn’t try it out. I recommend that if you want to get train tickets book as soon as you get there. 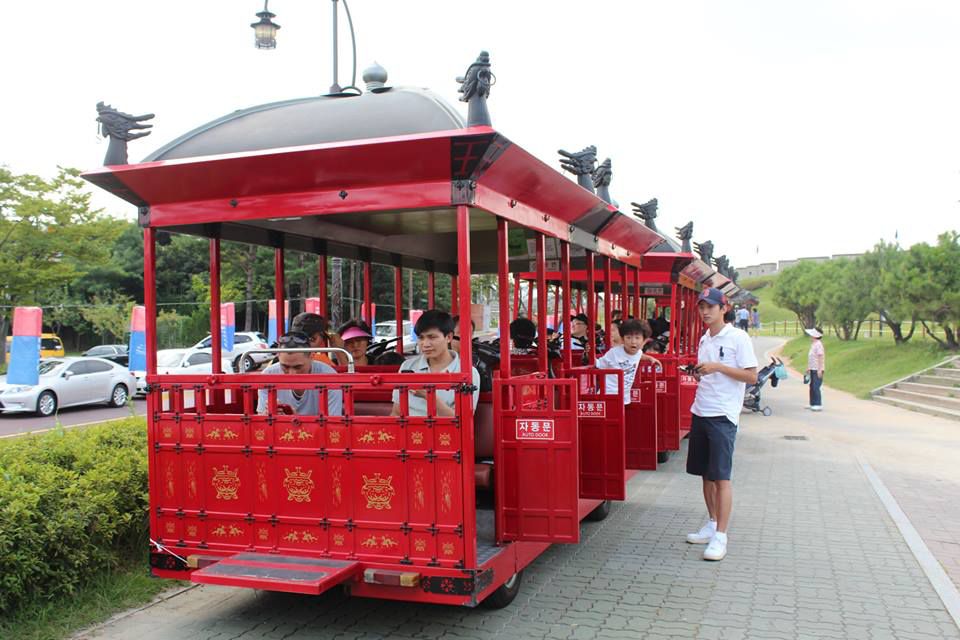 The structures and architecture of the buildings here are not to be missed! One can honestly spend hours just watching in awe at the magnificence and beauty of its construction. It was the holidays though and so people were constantly rushing in and out, noisy children were everywhere and some peace and quiet was impossible to find. 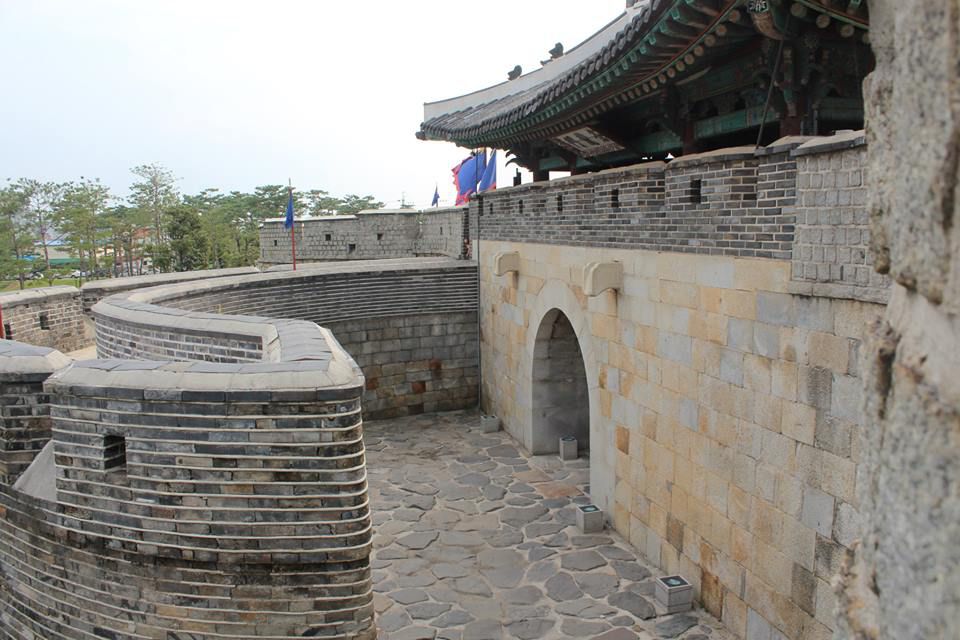 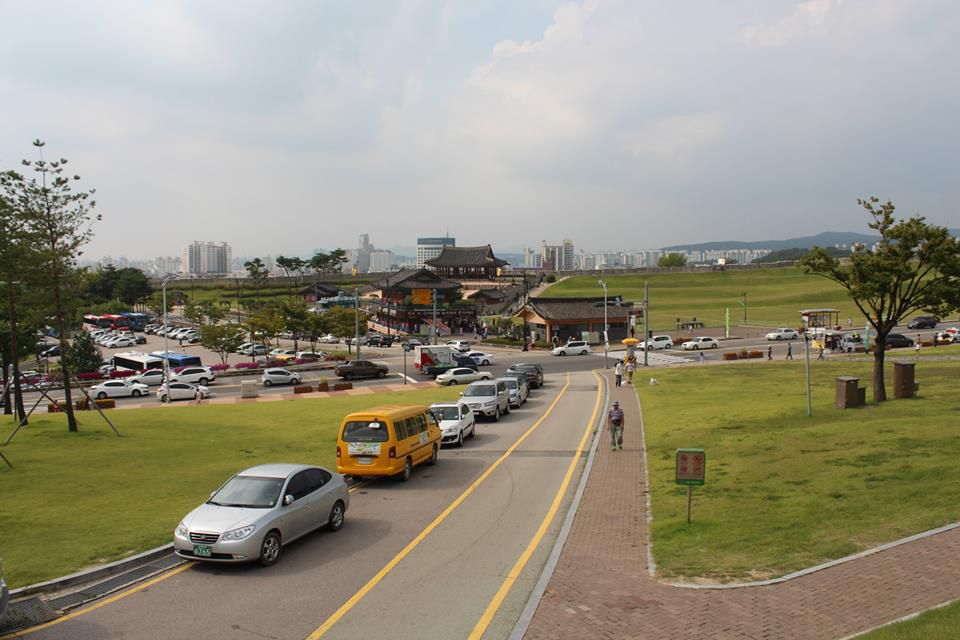 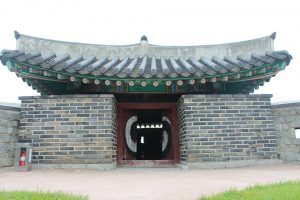 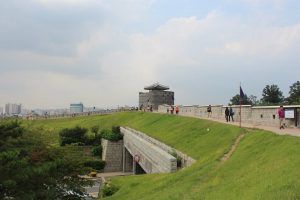 If you are planning on visiting the UNESCO World Heritage Site, I suggest either beating the crowds and getting there early, visiting on a weekday, or just visiting on a weekend that is not a long weekend or vacation period.

On a side note, while walking along the fortress we spotted a giant golden Buddha statue in the distance. From where we were standing it looked breathtakingly beautiful. We unfortunately did not have enough time to head towards it for a closer look, but I do urge you to pencil it into your itinerary when visiting Suwon.

For more details on the Hwaseong Fortress visit their website at http://ehs.suwon.ne.kr/

-Take exit 4 up to the tourist information centre. Collect a map and bus numbers ticket.

– Follow their directions and head to the bus stop.