Out and about in Itaewon

A few friends and I recently headed out to the “foreigners” district in Seoul, namely Itaewon. Personally, heading here has become a real “out of Korea experience”. I mean, the main street and several side streets are lined with international stores of all sorts! There isn’t anything you couldn’t find from your hometown here on the streets of Itaewon.

Our journey started out, when we visited a few of the foreign marts around the area. The main attraction of our day however, was our hunt to find the best Mexican food (in our opinion) that Seoul had to offer. A few weeks prior we talked to other friends about their favorite Mexican eats in Seoul, and the name Vatos Tacos came up quite often. So, after a bit of grocery shopping we headed over there. 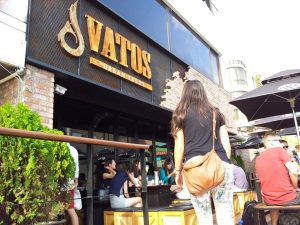 Upon arrival we were in awe of the very cool and trendy set-up the restaurant hosted. The deck was choked. People were deep into conversation, stuffing their faces and drinking their drinks. Others like ourselves were lined up waiting to be seated. We were the greeted by a lovely host who assured us we would be taken care of as soon as possible. We were given a buzzer and sent merrily on our way. We killed some time browsing through the menu, deciding on what we would order. Fifteen minutes later we were called in and seated indoors.

Once inside we found some special deals that were advertised on the table. We decided to stick to the original menu as it was apparently the best thing about the place. Assortments of tacos were available. The burritos also varied, but what was great was that you could choose your meat. Options included beef, pork, chicken and seafood.

Before ordering we made sure to peak into the plates around us. The taco’s honestly looked so tiny! They were bite-size and for the price they were, it didn’t seem to be what we needed (we were crippled with hunger). The burritos on the other hand, now those seemed to be packed with goodness. I opted for a spicy chicken original burrito. 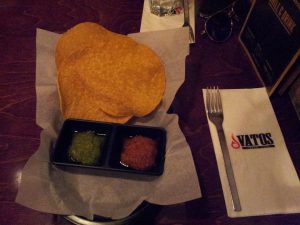 We ordered and then were generously served 1 jumbo nacho chip per person, accompanied by some dips (FREE of charge). This was nice of them. Not long after our food arrived. 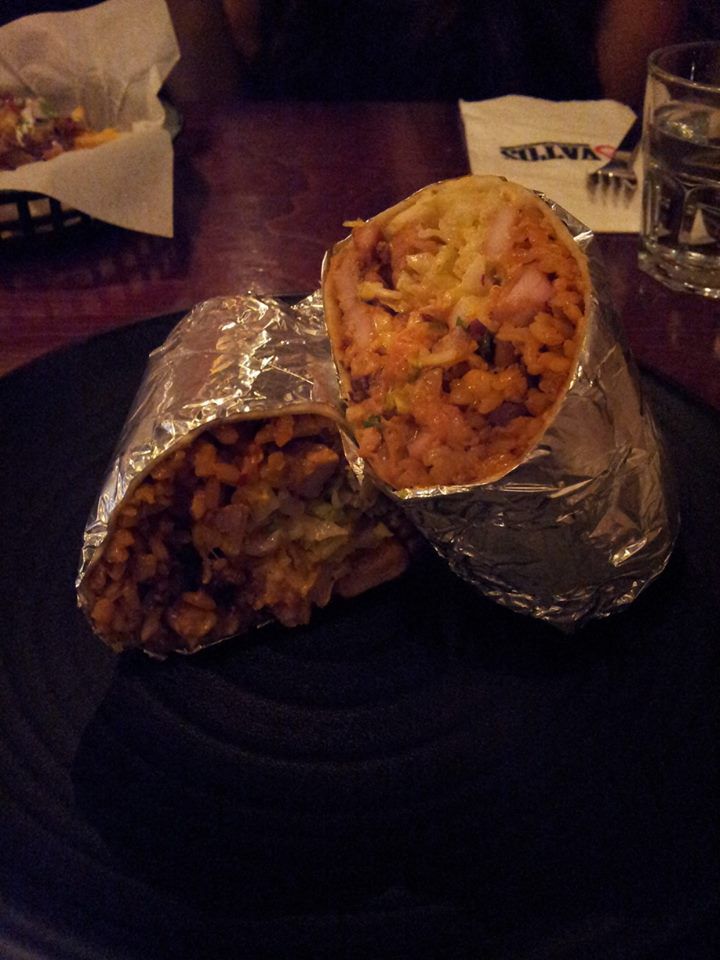 We felt the resturant works on a minimalist approach, as there was no garnish on the place. The presentation of the food was bleak, but we were mostly interested in what it tasted like more than how it looked. I quote a friend of mine in saying “they give you nothing”. And this was kind of true. When we saw the tacos they looked rationed, and then when we saw the presentation of our burritos we thought we were rationed and finally, we had to ask for any kind of sauce (rationed again) to add some kick to the dish. Overall the taste of it was not too bad. For the price and portion of the burrito I can say that it was pretty reasonable. Also the staff are great, their English excellent and the vibe is sublime.

I  noticed several margaritas flying around. We decided to skip on the drinks as they were more expensive than the food. Also were headed to a café for some much needed desert, therefore we didn’t want to take away from our taste buds.

On to the next one!

Our day was made at Tartine A café and bakery that will blow your mind and senses. The tarts tasted like nothing I’ve ever tasted before. It sure was worth every cent and calorie!

This “American” styled café, with a wide variety of tarts to choose from had me in a trance. From strawberry rhubarb to pecan tarts, chocolate brownies and everything in-between. We could not make up our minds. We eventually settled for a crack pie, coconut crème pie, and a banana cake to take home. 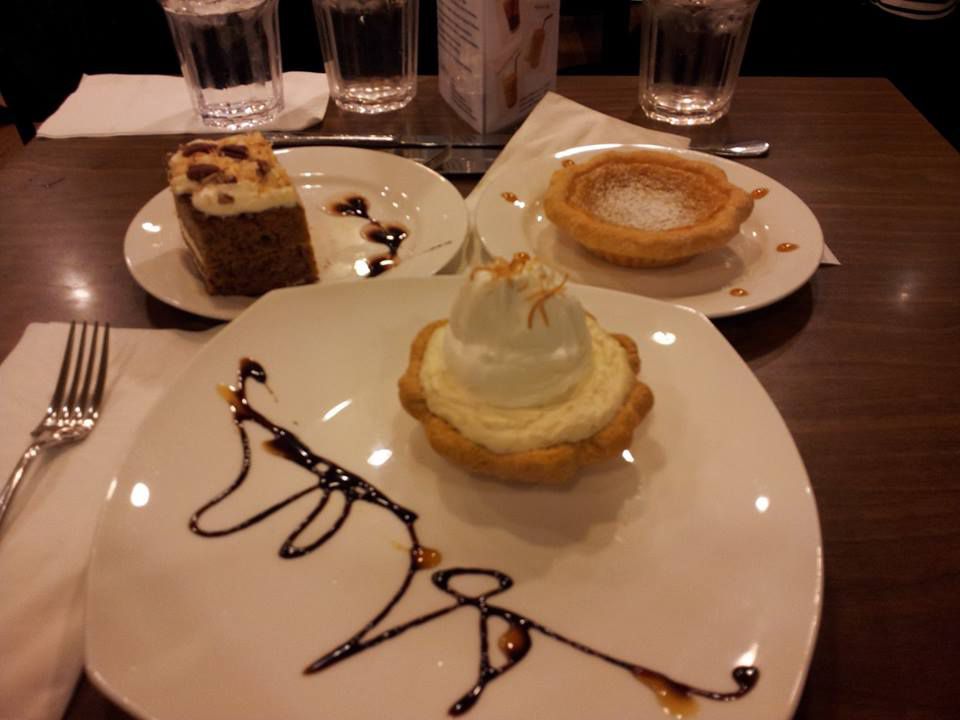 The best of the three in my opinion was the banana cake. The texture, taste and presentation were all superb. The coconut crème pie is great if you’re a coconut lover as the taste of it is definitely ‘coconut-y’! I found it to be delicious. And lastly Tartine’s famous crack pie was amazing! Packed with sugary sweetness, this is the perfect tool to help you de-stress. I found out about adding a scoop of ice-cream too late, so I suggest when you’re headed over there be sure to request for a scoop atop that crack pie, and let me know how it tastes!

The day came to a more then successful end and if you in and around Itaewon be sure to check out my recommendations. Hopefully your experience will be just as pleasurable as ours was.

Take exit 1 out of Itaewon station (Line 6). Keep walking straight for about 7-10 minutes; pass ‘What the Book”. You will see an incline behind you next to the Standard Charted Bank. Vatos Tacos is on your right.

Take exit 1 out of Itaewon station (Line 6). Walk straight and turn right at the second alley. You will find Tartine on your right.