It’s that time of the year again when the Seoul Metropolitan hosts its annual lantern festival. Since its inception in 2009, the festival has grown tremendously in popularity and this year is no exception.The renowned Cheonggyecheon Stream has been transformed into a runway for the beautifully lit lanterns to strut their stuff.

Hordes of couples, families and friends made their way to see the lanterns on its opening weekend. A few friends and I also made our way downtown to see what it was all about, so here’s a sneak peak (without spoiling too much): 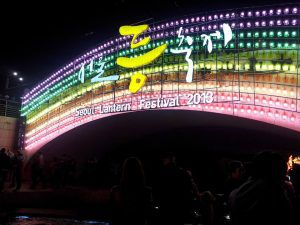 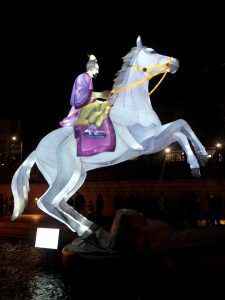 Be sure to give yourself enough time to take a stroll along the stream. With the large crowds it does get pretty overwhelming and trying to get some good pictures will prove to be difficult. However, the large amount of people entering and exiting the festival are handled quite orderly as there are several guides along the way directing the crowds and keeping everyone moving. The lines move pretty quickly so no worries about waiting to long in queues.

Like I mentioned the festival has already commenced and will run until 17 November 2013. The lantern shine brightly from 5pm-11pm, nightly. The weather here in Seoul is still pretty great so get out while you still can and see the beauty that the city has to offer.

There are several means of accessing the Cheonggyecheon Stream, the most convenient is via subway: