So I moved to Korea almost a year ago and ever since I’ve been here I’ve always looked at Seoul through the eyes of an “ARC holder”. Recently however, a few friends and I had the opportunity of being given a new set of goggles, onboard the Seoul City Tour Bus. 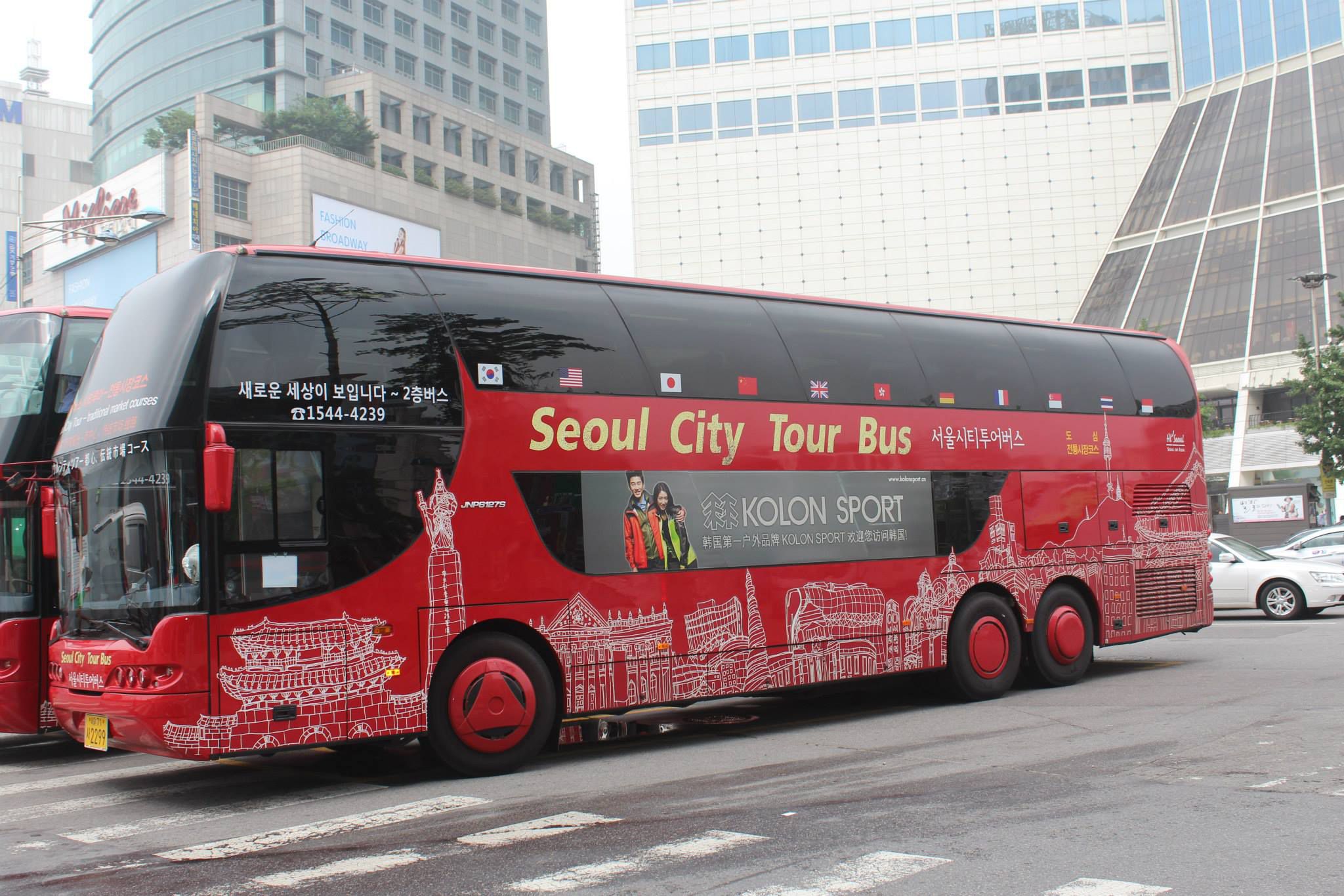 It was definitely an experience unlike any other. Sitting high up on a double-decker with locals waving at us from down below, certainly stirred up a sense of excitement. We signed up for a tour of the traditional markets around the city which cost 12.000 won. The course consisted of roughly 13 stops, including Namdemun, Insadong, Myeongdong, Chungbu Market and my favourite Gwangjang Market. The luxury liner style was hop-on, hop-off and it ran every 35minutes.

The ride was comfortable (but being burnt in the sun sucked!) however, not being given any audio guide made it difficult to figure out where we were or the actual “tradition” behind these markets. Nevertheless the crew tried their best to keep us informed. Apart from seeing different sites in Seoul, our nasal senses were greeted by the cities different scents. In particular those arising out of Chungbu Market. This market played host to all kinds of dried…yes dried sea creatures. 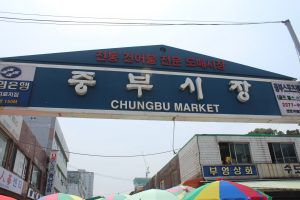 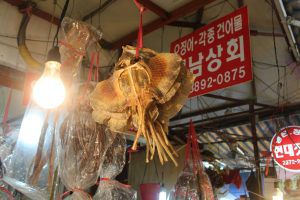 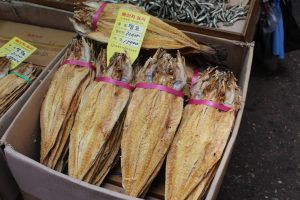 The main attraction of the day had to be Gwangjang Market. I went to this market about a year back, when my mom visited Seoul. Not much has changed since then; the market is still as lively and colorful as before. The atmosphere is overwhelming and entertaining. With so many vendors vying for our attention, we without doubt came across all kinds of flattery in order to make a purchase. The highlight for me was watching the woman run their stalls and exercising their expertise over the frying of nokdujeon, a Korean style pancake dish, which is made from mung bean. 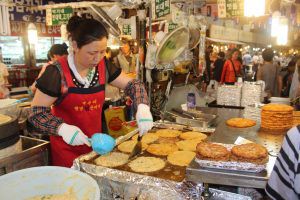 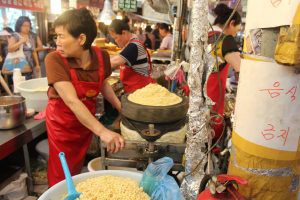 After a long and tiring day, my “touristy” adventures came to an end at Insadong. But, not before taking a stroll along Cheonggyecheon stream with one of my dearest friends. 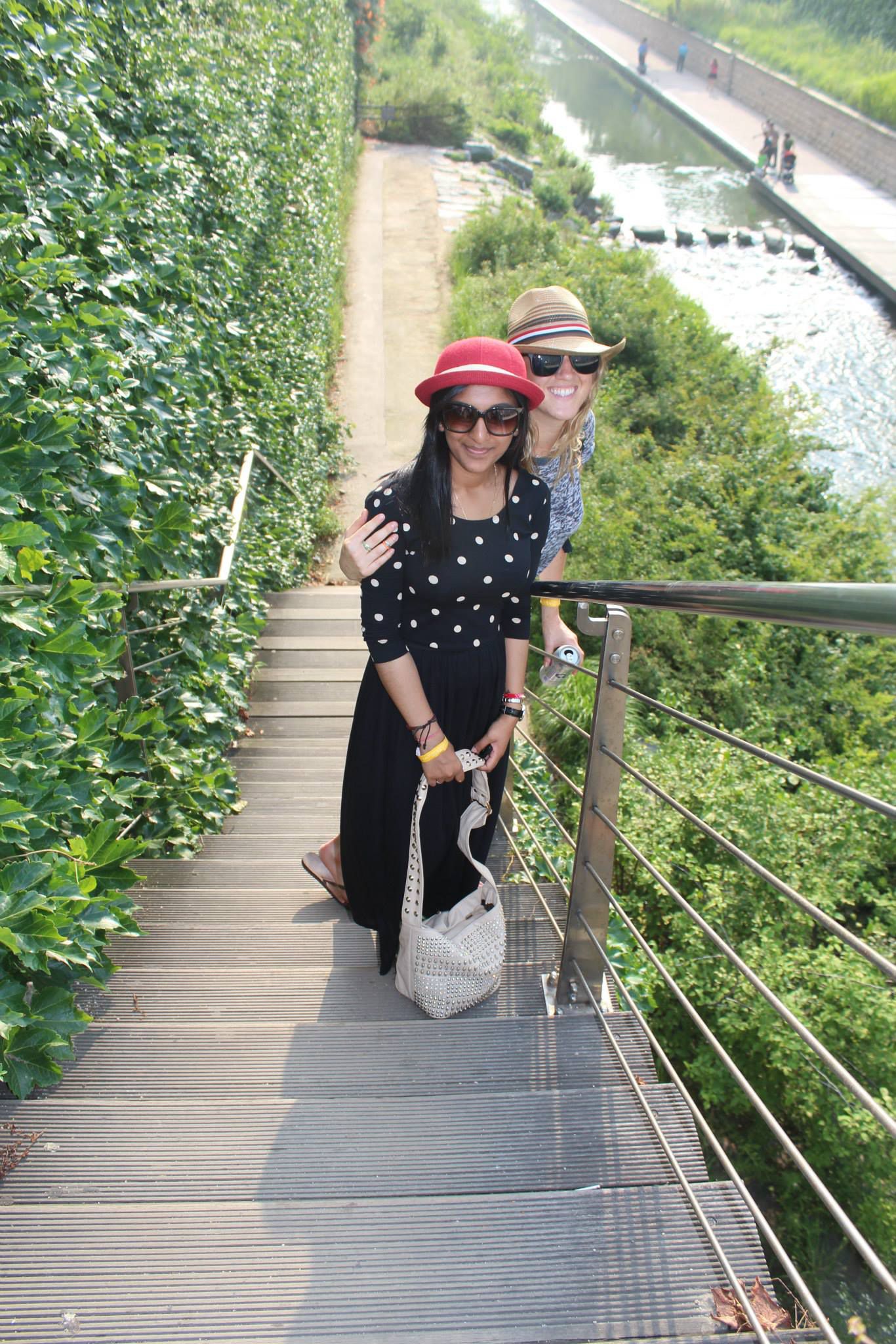 Even after being here for almost a year, Korea and in particular Seoul keeps on surprising me. With so many things to see and do around the city, a lifetime here seems like it just isn’t going to be enough. Here’s to more Seoul expiditions!