South Koreans are the world’s biggest consumers of hard liquor, imbibing an average of 11.2 shots per week. With spirits and soju in hand, many Seoulites stay out all night and catch the early morning subway home around 5am. Listening to music, dancing, and post-work networking are integral parts of Korean culture, and they provide a means to unwind after a stressful week at work. 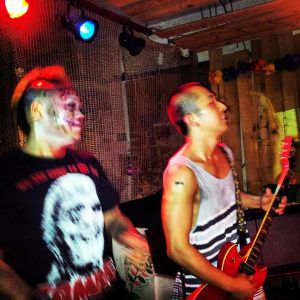 Korea has much more to offer in the arena of music than K-pop. It may not be marketed with such ferocity, but Korea’s burgeoning independent music scene is steadily gaining attention.

Many talented, yet relatively unknown bands play at unique venues around Seoul, and gig-goers will find that the live indie music scene is something special. There is an energy surrounding the musicians who play for appreciative, rowdy clubbers.

Trendy nightlife districts such as Hongdae, Gangnam, and Itaewon provide a deluge of bars and clubs that are host to some of the best live music in Seoul. Whether you are looking for indie rock, hardcore, punk, or contemporary jazz, there is a venue to suit every taste.

Her are 5 popular places to find some good tunes on a night out in Seoul:

Club FF (Hongdae)
Club FF opened its doors in 2004, and is a cool place to discover local indie bands. The modest, club is located in indie-music mecca, Hongdae. The scene there is eclectic, with a mish-mash of rock, grunge, punk and hardcore metal bands. It’s a popular spot for foreigners and locals to rock out while sipping a beer or cocktail. Early in the night, live bands play loud and get the audience going; later on FF transforms into a dance club.

Ambience: outside, above the entrance, you can spot a large red neon electric guitar. Inside the club it’s dark and dingy, with loud music and cheap booze.

Drinks: beers and spirits. The club is known for its “power hour” of free cocktails: between 11 and 12 on Saturday nights you can have all the cocktails you can drink.

Getting there: via subway, go to Sangsu station on line 6 and take exit 1, double back on yourself then keep going straight towards Hongik University. Take a left onto the street before the 7-Eleven. Walk straight for about 45 metres, and you will see Club FF on your right.

Salon Badabie (Hongdae)
Many up-and-coming indie bands have performed on the compact stage of this unassuming little club in Hongdae. In 2007, popular band Juck Juck Grunzie made their debut here, playing to a packed crowd as a loud, all-girl punk rock band from Seoul. Since its inception Salon Badabie has been viewed as an indie band incubator, and it hosts a range of creative performance artists. The club almost closed down due to a lack of funds but musicians and fans joined forces to save it by hosting a number of fundraising concerts.

Music: acoustic to hardcore, and everything in between.

Drinks: there is no bar, although the owner will sometimes sell beer, vodka and mixes. 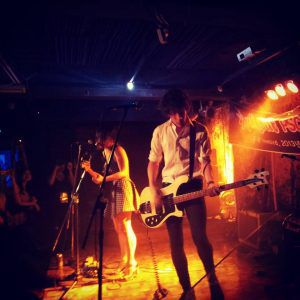 Platoon Kunsthalle (Gangnam)
A uniquely designed building located in the middle of upscale Gangnam, Platoon Kunsthalle is an art hall that attracts people from around the city. Platoon is a hub for Seoul’s creative set, attracting those interested in street art, graphic design, video art, music, club culture, and political activism. It has an industrial aesthetic, and its three levels are made up of 28 rectangular container boxes. Platoon Kunsthalle organises DJ performances for art openings and special parties. Best to call ahead and check the schedule (tel: +82 [0] 2 3447 1191) or go to kunsthalle.com

Drinks: everything and anything. There is also a restaurant that offers German cuisine.

Getting there: via subway Akdong station exit 10, then a 10-minute walk or taxi.

All That Jazz (Itaewon)
Korea’s first jazz club opened its doors in 1976, and has maintained a stellar reputation ever since. Located in Itaewon, Seoul’s most culturally diverse district, the club hosts live performances every day of the year.

Many local jazz stars have performed on its sizeable stage. For a relaxed evening with friends, or a romantic night with your significant other, All That Jazz is the perfect place to unwind over drinks, while watching some of Seoul’s most talented jazz musicians perform.

Drinks: food is a full Italian-inspired dinner and there are excellent wine, spirits and cocktail lists.

Getting there: via subway line 6, exit 1, then walk 200 metres. By bus, the venue is a minute’s walk from the bus stop outside the Hamilton Hotel.

Prism Live Hall (Hapjeong)
Opened in 2012, this is a spacious venue with great acoustics. It is a subterranean club, dimly lit by neon lights emanating from the well-stocked bar. The live hall is equipped with a kicking sound system and can house more than 330 people. Popular Korean bands such as Crying Nut and Love X Stereo play here. This newly emerging venue is near Hapjeong subway station.

Drinks: a good range of spirits, beer and cocktails.

Getting there: via subway Hapjeong station (line 2 and 6) exit 3. Walk straight ahead and turn right after North Face, and Prism Hall will be on your right.