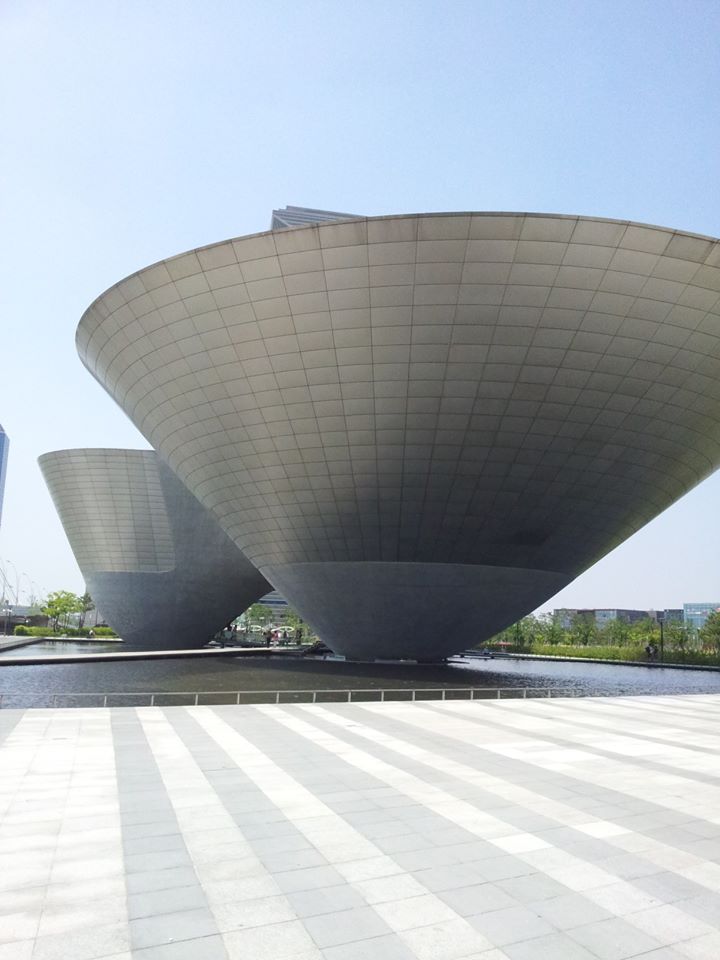 Yesterday a friend and I decided to go and have a look. We took the subway to Central Park on Incheon line 1 and took exit 4. As soon as we walked out of the exit we were greeted by the curvy and impressive Tri-Bowl sculpture. As is suggested by the name this arresting piece of architecture is made up of three bowl shaped parts. The exterior wall of the Tri-Bowl has been covered with aluminum and the three bowl shapes represent the sky (airport), sea (port), and land (metropolitan traffic network). It really is something to see, it looks so clean and sleek and you can even go inside to view whatever ‘exhibit of the moment’ they have on. 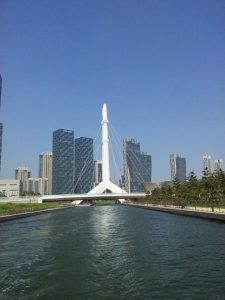 After admiring the sculpture for a while we walked down one of the paths by the water way which cuts through the park. There are biking lanes for cyclists and if you’re a runner this park would be perfect for you, I wish I lived closer so I could fully take advantage of the great paths. Running was the last thing on my mind yesterday though, it was so insanely hot I felt like melting… the canal water looked so appealing. I didn’t swim, but we ended up going on one of the boats that take you for a little ride down the canal. It was 4,000 won per person and was a relaxing way to see more of the park. There are some pretty cool sculptures and installations around the park, such as three chunky bronze figures urinating into the canal. They didn’t appear to resemble your typical Korean body type with their voluptuous bums. 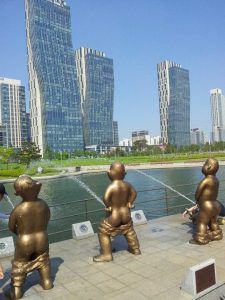 Central park seemed so clean and orderly, it was pretty quiet on Sunday and I definitely want to go back to explore more. It was just so hot I got sick of walking very quickly. Maybe in fall I will go and wander around there for hours. I think we only saw a very small slice of Songdo which is growing by the day. It certainly doesn’t represent your typical Korean city/neighbourhood, but if you want to see some aesthetically stunning buildings and an environmentally conscious city then Songdo is the place to go.