The Sound of Mushrooms

Back in New Zealand the selection in the supermarkets when it came to mushrooms was fairly basic; white or brown button mushrooms and portobello mushrooms. So you can understand my mushroom delight when wandering through the produce section of home plus… or maybe not haha

But really mushrooms here are pretty interesting, even North Korean fungi are developing a solid reputation. When Kim Jong-Un visited a mushroom farm earlier this year he vowed to turn North Korea into a “world famous mushroom producer.” I don’t yet think of mushrooms when I hear about North Korea, but time will tell.

Check out these bad boys swaying in the breeze…I am pretty sure they are playing some form of trumpet music; either that or they aspire to be played like trumpets. They are called paengi beoseot (팽이버섯) and also make me think of dandelions on a summers day. 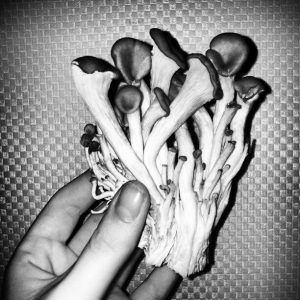 Korean king oyster mushrooms have a solid demeanor to match their reputation. They are big, meaty and strong. They prefer to be barbecued because many associate such a method of cooking with manliness. They will leave you well satiated. 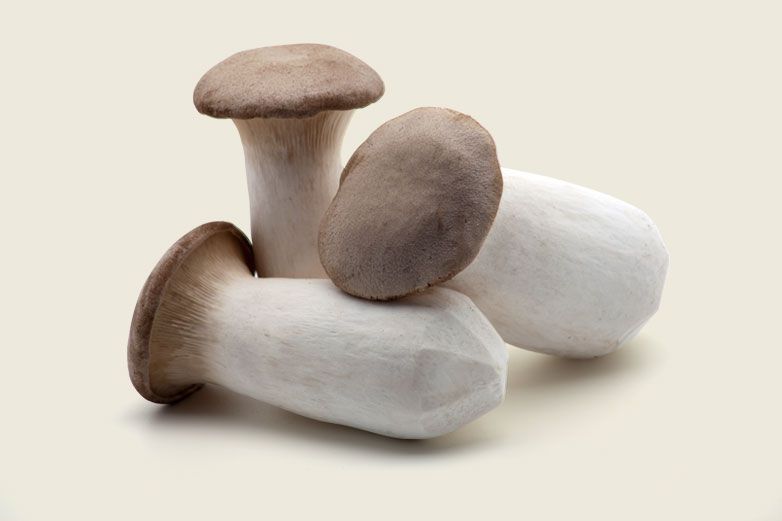 Some kinds of mushrooms here are cultivated in glass jars. A few weekends ago a friend and I were wandering around hongdae trying to find somewhere to eat. We walked into a random shabu shabu restaurant and ordered shabu shabu! We requested, with some trouble, no meat, but just extra mushrooms. We were not prepared for the bountiful mushroom fiesta that awaited us. 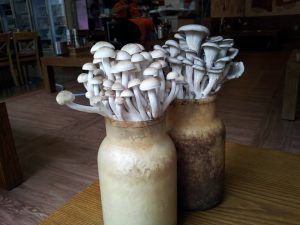 The waitress set up the steaming pot of broth on our table while I greedily attacked the side dishes of japchae and kimchi. She went off and then returned with a generous dish piled high with all kinds of mushrooms clamoring together, excited for their salty bath. And so began our mushroom fiesta. Never before have I eaten such an amount of mushrooms all at once. Their flavors varied and there must have been at least seven different kinds. For two days after the mushroom feast I could still taste them. 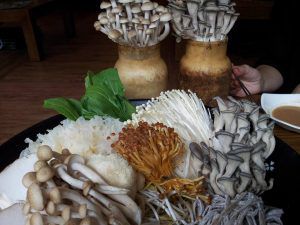 During my deep research of Korean mushrooms I came across a talented Czech composer who actually listens to the shrooms music, not Korean shrooms though, and writes it down. If you are interested in hearing The Sound of Mushrooms: http://www.youtube.com/watch?v=pEEgCQJ0Gck.