I went back to Valencia last Friday night to pick my son Harvey up from the airport and we stayed over in the wonderfully quirky Feetup Hostel a where each room has a different themed decor. It is housed on the first floor of a rambling old Valencian town house in the bohemian and extremely trendy Carmen district and we stayed in the California suite.

Around the corner we stumbled across the innocuous looking Tasca Angel, which has to be the absolutely BEST tapas bar that either of us has ever eaten in. The white beans in a light but aromatic sauce were to die for, as were the freshly sizzled gambas in garlic and the grilled boned sardines. By the time we left it was packed to the gills with people cawing for more. All I can say is fresh, fresh, and original, and also the very pleasant and pleasing man who presided behind the bar. 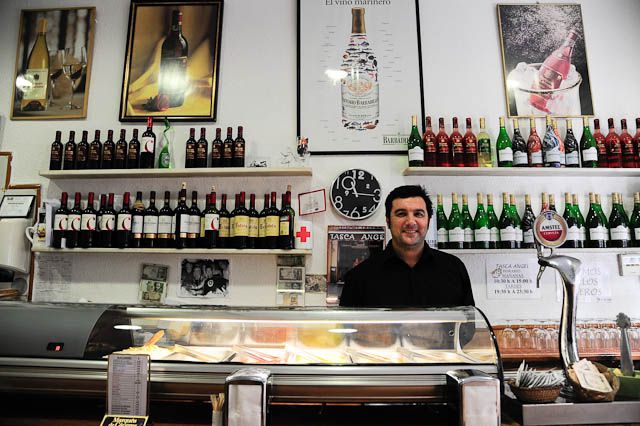 Saturday morning promised a beautiful warm sunny day and so we decided to wander over to the buzzing Mercado Central to buy some fruit and veg for the casita.

The building in which this market is housed is absolutely stunning and I was not the only one who thought so. Quite a number of people were milling about with SLR cameras and the stallholders seemed totally accustomed to having telephoto lens pointed at them. 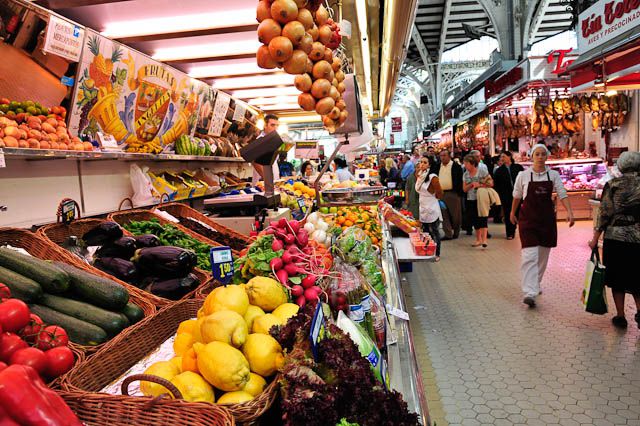 The hall is divided into sections that are not strictly adhered to, but nevertheless, you get the immediate picture. Harvey and I however stuck to the center section, away from the fish on the right and the pork specialties on the left, as we both felt a bit queasy from too much Agua de Valencia the night before. 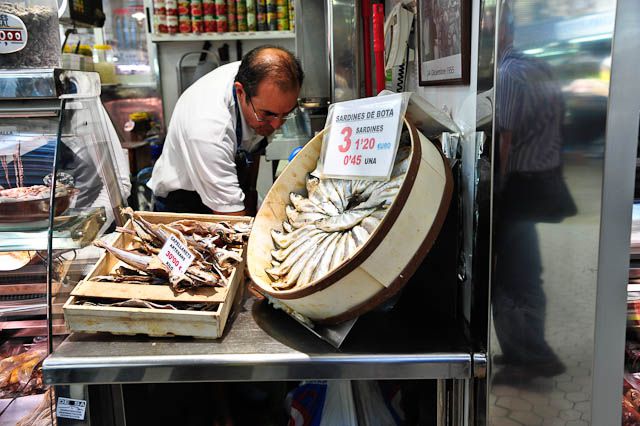 After wandering around a bit and eating some fruit there and then, perhaps an unwise action as it only served to increase the acidity of our stomachs, we decided that a paella and early lunch would be a much better idea, and while we were at it, a bit of the dog that bit us. 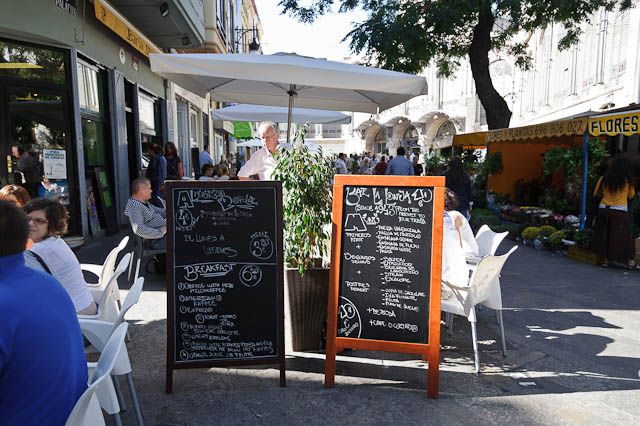 Outside the hall there were any number of places to choose from, all proudly displaying their paella dishes in the windows. The place was teeming with people, drinking coffee and wines and beers, and yes, Aqua de Valencia. Eventually we settled on Escalones de la Lonja (+34 963923888) up a side street opposite the market and next to former silk exchange Lonja de la sida, now a world heritage building and a breathtaking masterpiece. We ate heartily of a scrummy Valencian paella, with just the right amount of bite to the rice. This went down well with a large glass of Rosado. Afterwards a banana, just in case the acidity was still there. A great move, and all in all, a wonderful day. 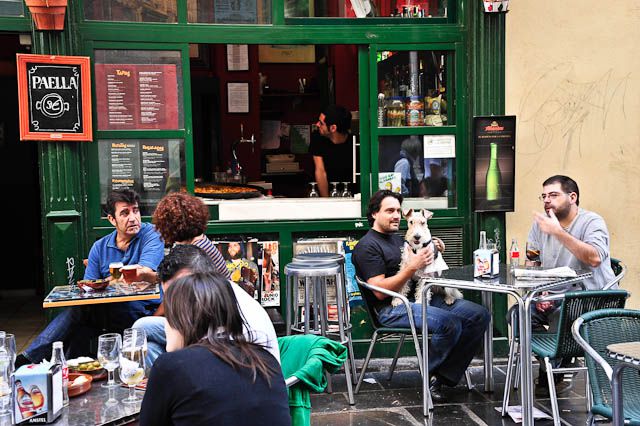