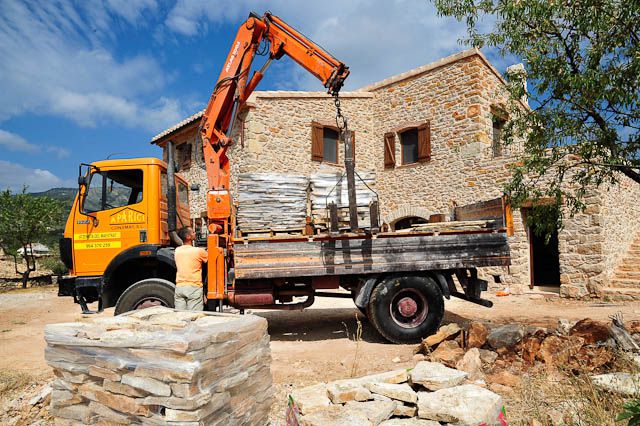 Fiestas have been looming along with the exponential heat across the whole of Spain. Many businesses are already closed, though not all, not as in the old days I am told. Still it is hard to get things done. And in some ways it is easier to get things done because the pressure is on. It is as if I had announced that I was giving a massive party, something I have thought about as it worked for Peter Mayle in “A year in Provence”.

But I am not. I am calling, saying, my family is coming and the work has got to be done! The stove that has been sitting there for some time has to be connected to gas, the final lights hung up, the solar installation put up to speed, the leaks in the bathrooms fixed. I have called and called, I have texted, and I have emailed. At best I have received a few cursory responses. But last Saturday I went down to Carlos, my builder, to put the pressure on for some other things, and what do you know? In a moment he was on the phone and everyone was sorted for the following Monday, and some things “unsorted” from those who had pushed stuff on me that would have killed the masia and in more particular, the eco bit.

Take Inverse Osmosis , which produces drinking water from non-drinking water. My Ray-ban wearing, gloved plumber told me that I just had to have it, and in fact he had it in his flat. I have to say I love the idea that I would have a small separate tap that would emit PURE DRINKING WATER FROM RAINWATER OFF MY ROOF! However, what he neglected to tell me was that for every 1.5 litres of this water produced, 8.5 litres would be sent down to my septic tank as waste. If I was lucky, Carlos said…in the best-case scenario.

Bearing in mind that I am off-grid and water is the most precious of our prerequisites, this did not bode well. Carlos called Ray-ban who said he thought the figures were the other way round. Call the manufacturer and ask, Carlos snapped, and disconnected his mobile.

I fretted all weekend. Research on the Internet seemed to back up Carlos, but it was hard to tell. Could he be wrong? One thing I did find out is that it removes all the essential minerals from the water too and even The World Health Organisation has said it not wise to drink water treated this way. Come Monday morning as no one arrived and time marched on, I texted Ray-ban sweetly (well at least for me) to enquire when he might be gracing my finca. About 30 minutes later the reply came, all in capitals. I AM EATING MY BREAKFAST! I replied I would like to eat my breakfast too, or even lunch for that matter, but I have no stove, and the fridge is suffering a solar crisis and I am waiting for you. He did not respond.

When finally Ray-ban arrived at noon with the unit and a cute antique-style tap ready to install, I was frothing at the bit with worry and tension. Had he called the manufacturer? No, he had not, he had asked his father. No water was wasted. Every litre that passed through the filter emerged as fresh tap water. Really? This seemed to good to be true.

As Ray-ban hovered above my granite worktop with a ferocious looking drill bit, I frantically searched through the installation manual and called the manufacturer’s number at its end. Thus I was able to ascertain that indeed the wastage was 85%. You cannot install this, I barked at Ray-ban in panic, afraid he might drive his drill irretrievably through the granite at any moment. He put his tool down and shrugged. As you wish, he stated, somewhat sourly, and walked off.

As if it was I being the ass. 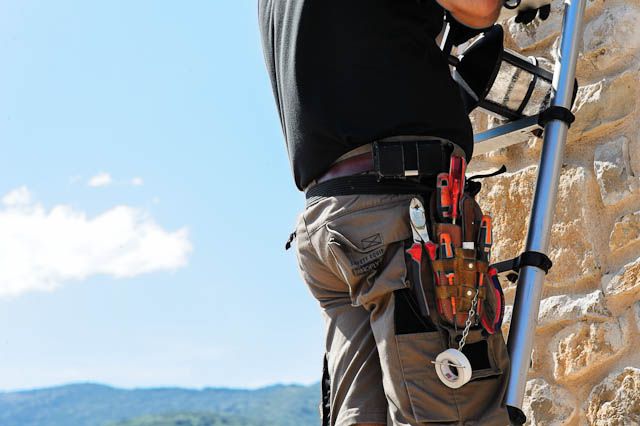 It must be said that by the end of the day all workmen arrived and all got done, some things better than others, but at least results were produced. I would like to take this opportunity to give a consolation prize to Ray-ban plumber who installed my gas stove without seeing if it worked, without fitting any stability brackets, though it operates on bottle gas, and without doing a gas pressure test. When I asked if he had, he put his cigarette lighter to the back of the stove and lit it. You see, no leak, he grinned, and swanned off outside to have a smoke before setting on his way.

This left me with the rest of the evening to read the manual and try to work out how said stove works, what sort of stability bracket I had to fit, and if I might blow up. I noted that a bog-standard flexible gas hosing emerged from the back of the kitchen next to a rat’s nest in a large hole at the base of the wall (what is that doing there?). I have already discovered that rats have a fondness for rubber. See blog entry right rat’s nest and I defo need an internet search for anti-rat hosing supply to gas bottle.

Do I really need to pay Ray-ban? Tell me please. And by the way, family’s first meal was quite simply delicious. 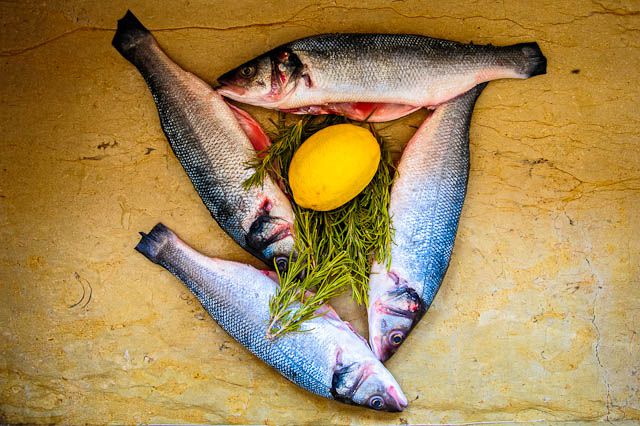