I'm totally in, well, sort of…

It has been a strange last couple of months.  The weather has been mad all over the world, and here bone dry describes it best, though my wild oak scrub still looks very green.  Much like the masia, very green and off-grid.  Finally I have moved everything over into it and left the forlorn casita behind.  At the same time I have officially and fiscally exited from England.  Sometimes you need to draw a line under passages of your life.

Everything that I thought was perfect in the house has been falling apart by degrees of varying severity.  Having just taken down a two-week exhibition in the castle of Peniscola my nerves have not been as steady as I would wish.  The bottle of cava in the fridge (bliss to have one I must say!) has remained unopened and I am reflecting on all my mistakes. Back to the exhibition in Peniscola.  Apparently the castle there is the second most visited site in Spain and certainly has something to do with the fact that ex-communicated pope Benedict XIII (known in Spain as Papa Luna) lived there in exile from 1417 until his death in 1423. 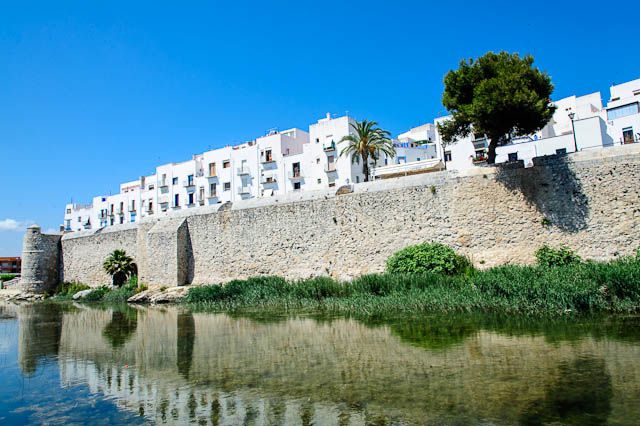 Certainly when I was there for the opening, the volume of traffic was impressive.  People, mostly with young children rushed through, often steering the young away from the right side of the room, which of course was the wrong side of the room for there was a series of NUDE photos there.   In front were also a series of rusting iron sculptures that had been varnished in a hurry and punished for asaid by the hot humid salty sea air. Three men from Brazil appreciated these enormously and stopped to chat for quite some time, very flirtatiously I might add.  They also helped themselves liberally to the free wine.  As the night wore one, we wished them and their hilarity back. 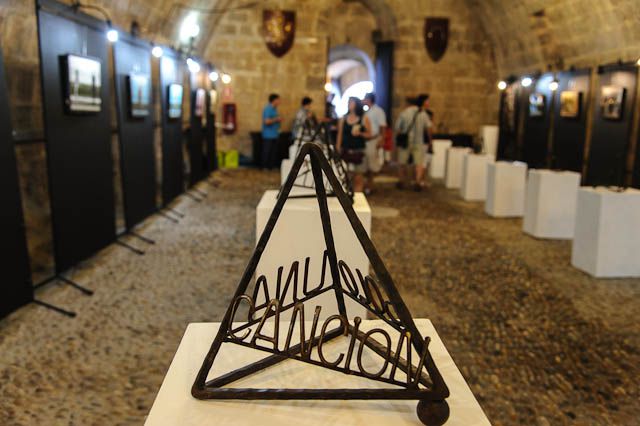 2000 brochures were taken by passers-by, and 1000 postcards of the naked photos – as soon as the pile went on the welcoming table, it disappeared and if I had more, they would have gone too.   I am waiting for the phone calls for truth be told not one thing was sold, not unless you count the two sculptures that I bought from my co-exhibitor.  He was delighted at the sales and the volume of traffic.  I suggested that it might be wiser to display somewhere quieter with the buying kind of traffic – somewhere like a GALLERY.  The castle is positioned in a very picturesque old town, true,  but jammed with the inevitable souvenir shops and bars and restaurants of questionable calibre, and inflated prices.  Along with this go that kind of  tourist that does not mind fighting for a table in a restaurant with unappetising pictures of food. For some unfathomable reason a plethora of iron lizards and butterflies with garish inserts of cheap stones and glass are the main attraction here.  They are attached to the walls of the shops, and on special stands, appearing to crawl skyward like emblems of poor taste.  They must sell for they are everywhere, but why and for what reason, I do not know.  I have tried to find out, honest.  All I know is that they are made in China. 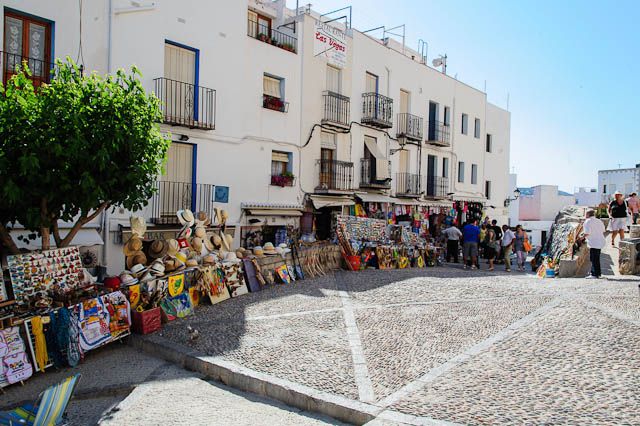 When we took down the exhibition I was in a foul, very disagreeable mood.  This was not abetted by the huge poster outside the exhibition room announcing our exhibition.   At the top was the name of my co-exhibiter embellished with, yes, dancing butterflies!  My name was in small print at the bottom, definitely as an after-thought, as if I had only executed the photos for the poster.

It brought home to me that not only have I exited from England, but also from the professional world and in a way I don’t care about exhibitions and exposure and that kind of thing anymore, and in a way I do.  I guess I am not ready to roll over and die just yet.  Though in this heat that might as well happen for today it was 42 in the shade with a hot dusty wind.   The best way to describe it would be to imagine being chained in front of a 10-metre high hair dryer blowing at maximum temperature.  I wonder if this is the tail end of the terrible heat and drought that has struck The States, the worst since 1956.  Is this since records began?  It usually is.  But when they say that of course they mean some kind of certified official records for records have been kept since time immemorial.  Of course they have.

Anyway, I think I shall make myself a lovely large glass of ice and rose, and sit on the terrace and count my blessings.  The cava can wait until another day.  For although my house may be falling apart around me and the grounds are a mess, it is nothing that can’t be fixed and the walls are solid stone.  And here the skies are a glorious blue and the only place that water is falling is in my living room.  The news from England is rain, rain, and more rain.  The wettest June, they say, since records began in 1910… 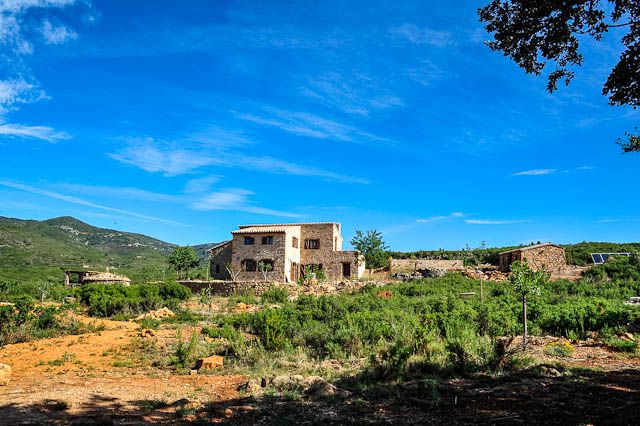