In search of antique tiles 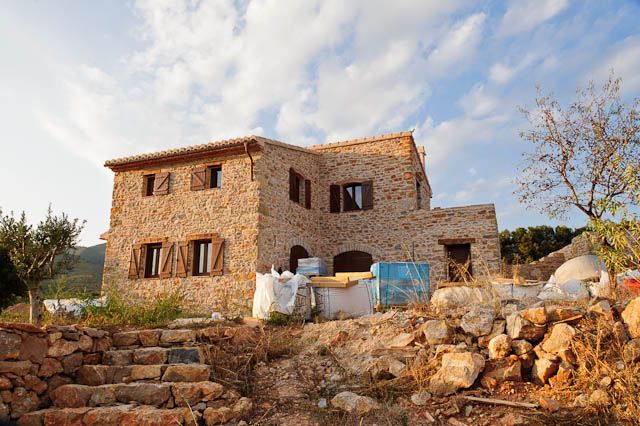 Happily it has got to that point in the reformation of our masia where the finer points need addressing.  At this juncture some tiles, not for the floors, but for the odd eccentric wall holes left from the original wall that I would not let the builders fill in.  But what to put there?  I thought it would be easy, but sadly not.  Having flipped through numerous catalogues of reproduction tiles, I feel slightly disturbed at what I see.  Scenes of wooing senoritas, badly penned reapers at the vine, foxes dashing across fields.  What looks beautiful in old buildings with their architectural details and the patina of time seems terribly kitsch and wrong in a modern setting, even if it is trying to appear traditional.

Mostly though I have to say these tiles just look so spanking new and perfect.  What I need is something genuinely old. 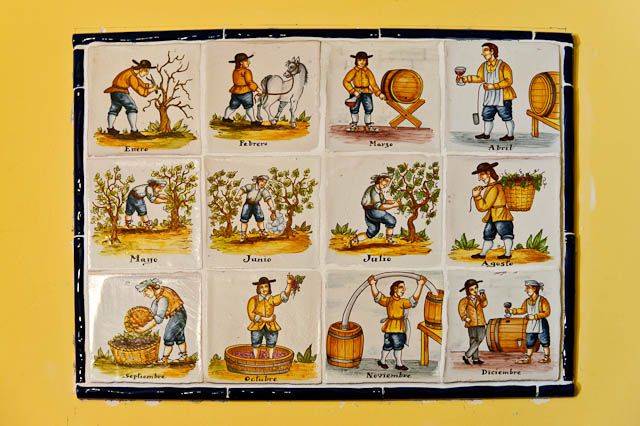 Well it so happens that I was asked to photograph the old restored finca of an herbal merchant and it was full of wonderful antique ceramics. He told me that there was a great “rasto” every Sunday morning next to the football stadium in Valencia.  “You can find loads of old tiles there, just take a Spanish person or you will be ripped off”, he stressed.

Because I did not understand the word  “rasto” and I am still swimming uncertainly through the Spanish language, I actually thought this was an antique shop only open on Sunday mornings. I just could not understand why he repeatedly insisted that I would not be able to miss it.  Of course you can miss a shop! It was only when I got there that I realized it was a combination of a car boot sale and a flea market, and a pretty poor one at that.  Either that or I should have parted company with my bed earlier and arrived at the crack of dawn with all the professional dealers…

As advised, I took along a compliant Spaniard, bribed by the promise of a free lunch.  The day was beautiful, and thanks to the miracles of satnav, we arrived without mishap at the stadium.  Next to it was a huge wired enclosure teeming with people poking about half-heartedly in stacks of colourful wares.  Of particular note was the presence of police and their many cars – this in a deep recession.  Stolen goods perhaps?  Dare I confess, but my hopes went up.  I might find some real gems.

Sad to say, it was almost all junk.  Unless you happen to be a fan of religious scenes?  The only tiles I found of any worth to me had already been snapped up earlier on by a gentleman from Barcelona.  I did buy 4 damaged ones simply because they were only 20€.  For the rest, it was at once forgettable. The kind of stuff you throw out when you clear your attic, as well as drills that are guaranteed to fail, toys that may not pass health and safety, and loads and loads of vinyl records. Of course, it could have been a bad week.

Anyhow, I left sorely disappointed and went to  lunch, ironically next to Palacio de Marques de Dos Aguas which is now a ceramics museum (closed or I would have gone to that).  The next day, upon reflection, I decided to use the tiles, mostly because they were subtle and were not to be found reproduced in any catalogues.  I must say, that once the grout had filled in the cracks and chips at their sides, they did not look at all bad, and when plastered around, I dare say they will look even better.  I might even go back to the rasto, but a bit earlier this time.. 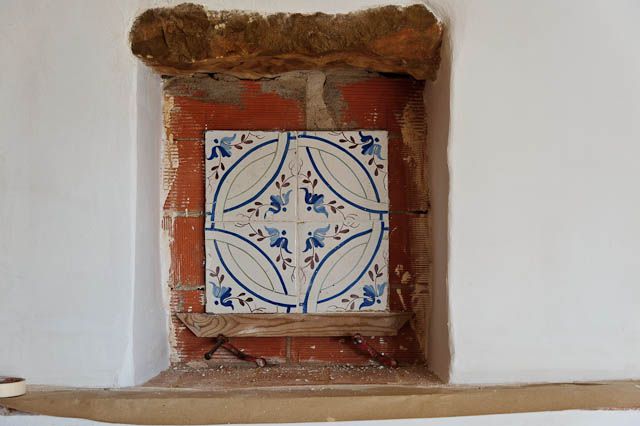 P.S. – I could not take any market photos because my Spanish companion was paranoid about the possibility of being mugged