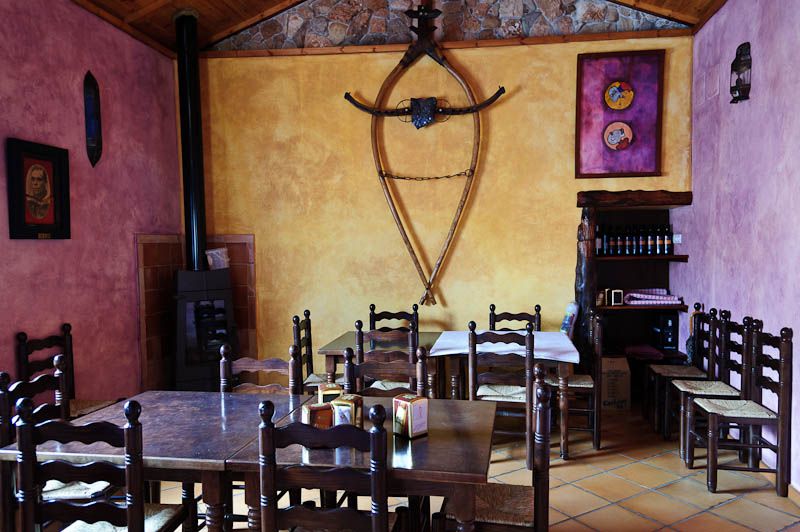 Some weeks ago Felix and I went to a restaurant in Benlloch, a village I would not normally linger in though I have driven through on numerous occasions. Felix, as I have written previously, helps me on the finca and if it were not for him, I would not have much of a finca to look at.   We were on our way back from a lengthy nursery visit when we both suddenly realized that we were absolutely starving.  The restaurant looked welcoming and had an interesting name, or I think we would have continued and let hunger take its course.

Bodega de Martin is situated on a river, albeit a dry river, a rambla, and it has an outside terrace, albeit with those dreaded plastic chairs and tables.  Felix sat on one of them, and I went inside to order drinks, a beer for him and a white wine for me.

Now, at the risk of offending any Spanish readers, many restaurants hereabouts are not too pleasing on the eye, and most do not cater for outside spaces and LIGHT.  But this one did both, and in fact the decor inside was both pleasing and original, with large unshuttered windows that imparted an open airy feeling.  I took a few photos of light fittings and some iron-based artwork with my mobile, and then settled outside on … a green plastic chair. 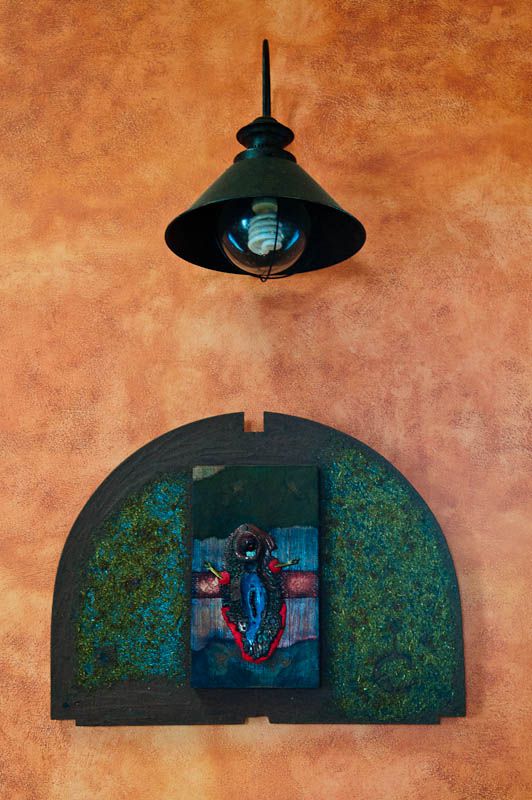 The day was lovely, sunny, and breezy, hot, but not too much so.  The service was effusive and embracing, and in particular, from one beaming woman who flitted around us and asked questions in a most hospital and genuine way. Certainly there was no falseness here, and the food was wholesome.

Two weeks later I returned, with another companion, this time my metal man Miguel, who is responsible for all the ironwork on the masia and other handy things such as fixing my leaking lanterns.  I wanted to thank him for his help and I am happy to say that the above experience was repeated.  The meal was what it was, no choices really, but memorable.  The service was personable, and the beaming woman, whose name was Lupita and originally hailed from Mexico, even sang for us.  Her voice was pure and strong, and needed no instrumental accompaniment.

I returned once more a week later, and this time the food was delicately infused with Mexican spices, in keeping with Lupita’s origins.  She danced for me in the kitchen and was as effusive as ever. 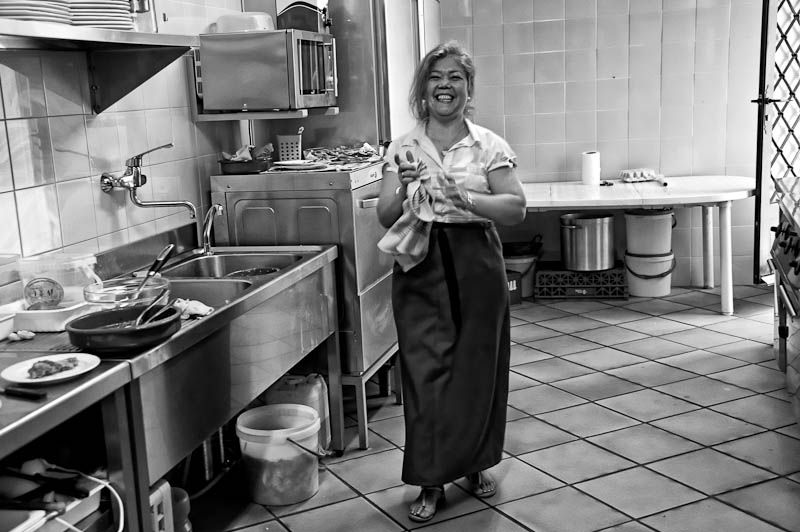 As before, no one else was there.   Bodega de Martin should be packed, but it is not.  Not at mid day, not at dinner, I suspect never.  Other places are buzzing at lunch, and others still boast a strong breakfast crowd.  Perhaps Bodega Martin is in the wrong place? In what New Yorkers call a bad corner?

On a slightly different note, I wonder if there is anywhere busy at night apart from when there is a fiesta or wedding?  Or is it that maybe I do not keep Spanish hours?  Maybe the eateries fill up at 11am when I have disappeared up the mountain to my cabin and wood fire?  Maybe, but I do not think so. 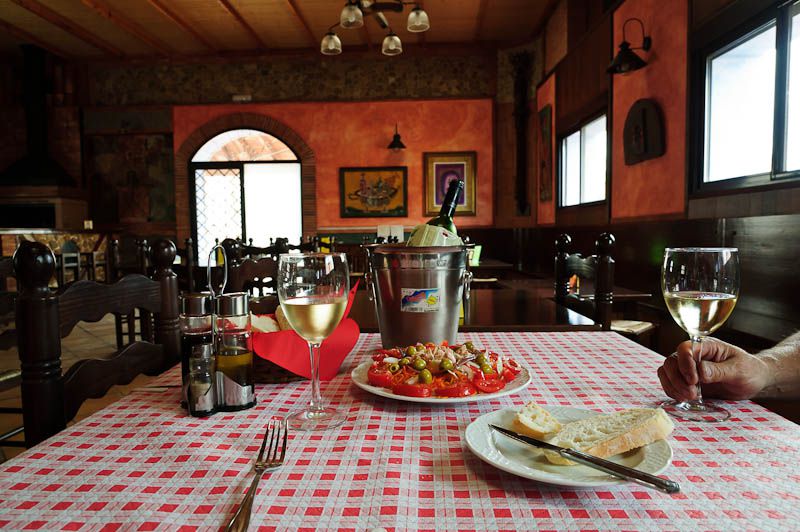