For update please look at end – victory!!!! (though I still feel really angry, especially at their written response to me – to come if I dare)

When I read the Ryanair logo “the world’s favourite airline” it makes my blood boil.  Of course it depends on how you define “favourite”.  If you mean the airline that can claim the most passengers, then that may be true.  But when favourite is taken in its more commonly understood sense, nothing could be further from the truth.

For my penny’s worth, I believe that Ryanair is used because it goes where a lot of us want to go, not because it is cheap.  For if you add up all the surcharges they manage to foist on people, then it is not so cheap as you would at first believe.  Add to that the appalling treatment dished out by many of its ground staff, then I would dare say that most would rather use ANY OTHER AIRLINE if they had the choice.

Like a great number of us Brits, I have suffered a great number of insults, inconsistencies and downright disrespect from Ryanair over the last ten years.  From being told at the gate that my luggage was 100 grams overweight when it had already been weighed and cleared at check-in, to having my prepaid hold luggage refused because I WAS THREE MINUTES LATE – this despite being allowed to check myself in without the luggage and then waiting at the gate for an hour because the plane had not even arrived yet.  Decency does not come into it. Well, sometimes it does, it appears, for once at Carcassonne Airport about 5 years ago a bunch of elderly and ailing folks from Liverpool were allowed their vastly overweight hold luggage without charge.  The reason?  They had just come back from a healing pilgrimage to Lourdes laden with holy water.  I was there and witnessed it.  I saw the frenzy of phone calls and I wondered whether Michael O’Leary himself had been consulted.

But now it is enough.  Today I arrived at London Stansted Airport for a flight to Valencia with my camera backpack that has accompanied me hassle-free for 5 years on many Ryanair flights in many airports.  That is, all airports except London Stansted.  This was to be my virgin flight from there and I am afraid I did not make it.  Not only did I not, but neither did quite a number of other people too, including a girl on crutches and a mother with buggy and three children under the age of 6.

The reason was simple, and yet complex.   For me, it was a return flight to Valencia.  On the way out, as always, I was allowed duty free purchases in a duty free bag.  However, on the way back I was not despite the assurances by the shops.  My boarding card was taken and it appeared I was logged in on a computer.  Then a tall extremely unpleasant blonde security lady, that I had already watched shouting at other passengers, informed me that the duty free would have to go in my camera bag.  There was no room.  Then I would have to pay £40 and check my backpack in, she declared in a hostile tone.  I could not, I explained because it contained an expensive and fragile professional camera and a laptop with my life’s work.  Then you cannot fly, she stated with evident satisfaction.

Ok, ok, I conceded – I will just put on all the clothes I bought in duty free.  And I did.  But it was not good enough for madam.  She insisted that I stick my backpack in that metal thing that determines whether you can take your bag on board or not.  It was obvious that I was distressed and flustered and that by now time was running out.  In order to fit my soft bag with its migrating insides and shoulder straps into the contraption, I had to re-organise its contents and ditch my magazines as an extra precaution.  That was not good enough either for madam.  You are too late, she declared with the finality of a malevolent dictator, you took nine minutes –  the gate is closed.  I pleaded with her, explaining that my young son would be waiting for me from another flight at Valencia Airport.  She clearly has a heart of stone.  She slammed the doors shut in my face.

The upshot of all this is that I have had to pay £110 to get on the same flight tomorrow.  I asked to speak to the duty manager but was told there was none.  I was given an address to direct my complaints to, but I seriously doubt that I will get any redress there.  You cannot win with Ryanair.

Around the corner from the Ryanair ticket sales desk there is a long row of seats.  In front of this there is a travel bus company.  The charming Italian man running it told me that he called the row of seats the crying wall because everyday it was filled with sobbing people who had suffered the same fate as us.  Mostly it is Ryanair, he said, but it is also Stansted.  This is a bad airport; it is not humane.

I could not agree more.  The mother coughed up for more tickets, but the poor Spanish girl, who spoke no English came to me and asked if I would mediate for her with the staff.   You can forget it.  The milk of human kindness does not exist anywhere in the ground staff of Ryanair.  In the interests of fairness I will keep the cabin crew out of this for I have never had any complaints with them.

I did not know what to do with my Spanish fellow sufferer.  Finally, feeling that I could not abandon her, I gave her £20 to take a train back into London and wrote down my address in Spain.  “When you can,” I told her, “send me a cheque in euros for it”.  In essence it was a gift and if it is ever returned, that will be a bonus, proof that the credo “do onto others as you would have them do onto you” rings true.

At 9 am, exhausted for I had been up since 3.20 am, I boarded a National Express bus back to London.  Now, at 3 pm, the drama has hit home and I find myself shaking at the images that assail me; the crying people, the mother and her children, and the young woman on crutches.  But most of all the cruel, disrespectful treatment by the tall blonde who abused her position of authority.  It was about her that each and every one of these people complained.  Loca”, the Spanish variously reiterated, she is mad.

As the bus drew out of the airport I was informed that the plane to Valencia was still standing on the tarmac as one passenger was unaccounted for.  I sincerely hope that it was me, the one they tried to remove from the list.

This story is not over. Tomorrow I will repeat my trip dressed as below in my duty free purchases, just to make sure that I am able to get my camera bag through. I will let you know if I make it, and also, I will write wherever I can.  Ryanair keeps on changing the goal posts.  They are as inconsistent as their scales.  But most of all they do not treat people with any dignity or respect and surely this is a violation of our civil liberties? It is not enough that they print something on the boarding cards in very small print. It is time for a class action.  Anyone care to join me? 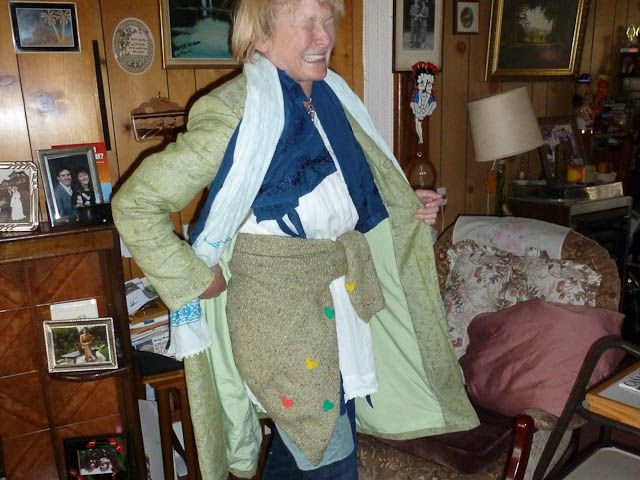 Update: Well, I made my plane the next day no problem.  In fact NO BAGS WERE CHECKED AT ALL!  Could someone have been told off?  I hope so!

Below is the same bag with the same stuff more or less (in the end I got rid of a little white nightie and put two t-shirts on as a little reorganising resolved all) in the Ryanair holder.  This is the bag that I took too long to put in the holder despite having had my ticket taken and therefore resulted in having the gate doors slammed in my face.  This is the bag that demonstrated a lack of humanity in human kind.  I shall be writing to Ryanair.  In the meantime, for a good laugh click on this not so tongue-in-cheek link kindly sent to me by my dear friend Angela:

Update October 2012:  Well, I finally received an answer from Ryanair, marked confidential so I cannot print it – but I will tell you that they said I should have arrived earlier at the gate.  I tried to reply to the email, but it was one of those “no reply” ones so I will reply here: Dear Ryanair, I was at Stansted Airport 3 hours before the flight was due to leave.  The gate was only announced  30 minutes before the flight was due to leave. Up until that time the message was “wait in lounge“.   As soon as the gate was announced I made my way to it.  There were at least 30 people behind me in the queue.  If  the gate had been announced earlier, I could have been there earlier.  As yet I am not a soothsayer!

Update October 2013:  Finally Ryanair has listened – probably because we all use any other airline if we can and their sales have gone down.  I have personally campaigned relentlessly, even if it was in an airport queue, an airport shop, a forum or on one of my blogs for a change to Ryanair’s policies.  It has happened.  Read the link below: 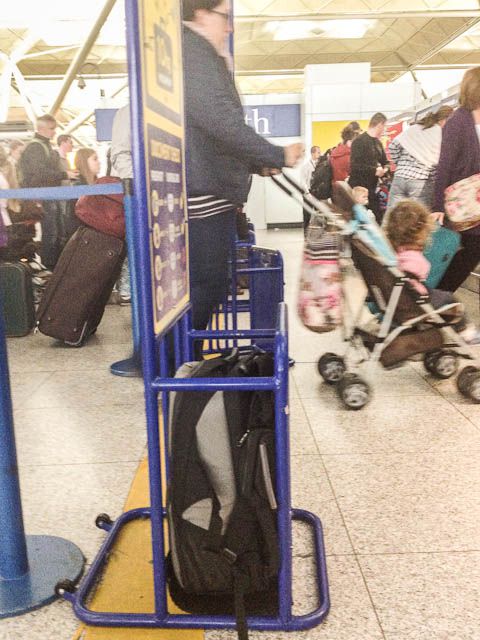 Please tell me why I can’t board Ryanair?