Should a forest ranger smoke on the job? – UPDATE 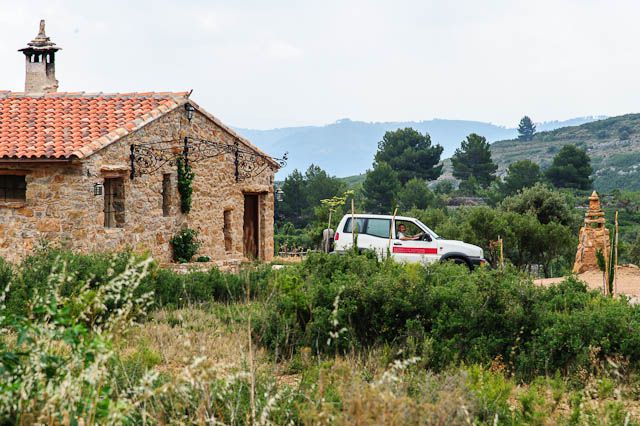 See end of article for update

There have been a lot of fires around Spain, both on the mainland and its Islands, in case you did not know.  My son certainly did not and he is glued day and night to the Internet news.  But the fires in Spain have been side lined by the Olympics and the atrocities in Syria so they have not gained the press they normally would have.  Now that the Olympics have finished the Spanish fires are not current news anymore and other items are at the fore.

Fires of course are a worry in any country with hot dry spells.   Portugal, France, Greece, many parts of The States, to name a few, suffer from them.  But this year it is Spain’s turn to burn at all ends and even its islands have been affected.  The USA also has had its fair share of wildfires due to the worst drought in 50 years.  Five years ago, just after I had bought Masia Lavanda, a savage fire raged here and stopped just 500 meters short of my village.  It was not a decision of the fire, just the fact that the wind died down and it started to rain.  Luck. 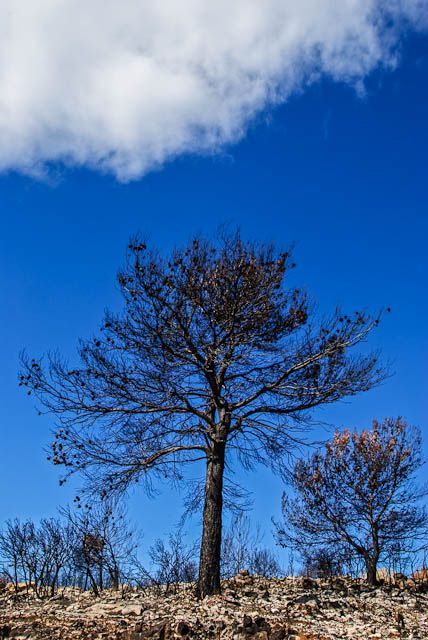 Which brings me to my luck.  A week or two ago, I am not sure actually when, but certainly in the midst of all these fire calamities, a Landrover crawled up my private drive and came to a stop at the apex of the finca.  I have had these visits before, always without warning or notice, and in fact the forest ranger that always comes filed a “denuncia” against me last year.  I have no notice of the court case yet for these proceeding are said to be slow, but he has said he has started them and so I believe him though I do not know why I should.

For the earth of me, I cannot understand why I am being targeted as I have proper planning permission, including for an access road.  I am using stones from the old ruin and attempting to respect the environment in every way possible.  All the old animal pens and corrals have been restored and I have planted 300 hundred native trees.  The masia is completely off-grid, rain being collected from the roofs, and electricity produced by solar panels.  Yet, at times this ranger has happily, almost smugly, reduced me to tears,  This time when he arrived, with another in tow for the first time, I had had enough. I felt the rage bursting forth from me.   I called my builder Carlos and told him what was happening and he said, don’t lose your cool Stephanie, keep calm, but I did not.  I simply could not.

He descended from his 4×4 with a cloud of smoke around his face!!!

Each time he has visited he has had a cancer stick hanging from his mouth like some foul plug in the middle of his face and this time I thought, THIS HAS GOT TO STOP! Five people have recently lost their lives in forest fires near the French border, a fire started all because some idiot threw a cigarette butt out of his car window, and here was a forest ranger smoking on the job.

I told him that he had no right to be on my property and the next time could he call and make an appointment and by the way, smoking without permission on my finca was forbidden.  I am sorry, he replied, and he tucked his nasty brown cigarillo between his fleshy thumbs.  The other ranger looked a bit embarrassed.  I had my giant of a camera on me and ostentatiously took a few photos.  They both hastily climbed into their 4×4 and sped away. I got the license plate number as the smoking forest ranger has always refused to give me his name – just a number 0005 and a mobile which turned out not to be his.  First of all I thought if so much as one complaint or warning comes out of their visit, then I will post these photos, but now I think, I will post them immediately.  Will I be sued for showing the truth?  I think not.

UPDATE:  Following a strongly worded email from the said forest ranger, I have removed the photo that used to be found below.