The Burricleta bike for softies 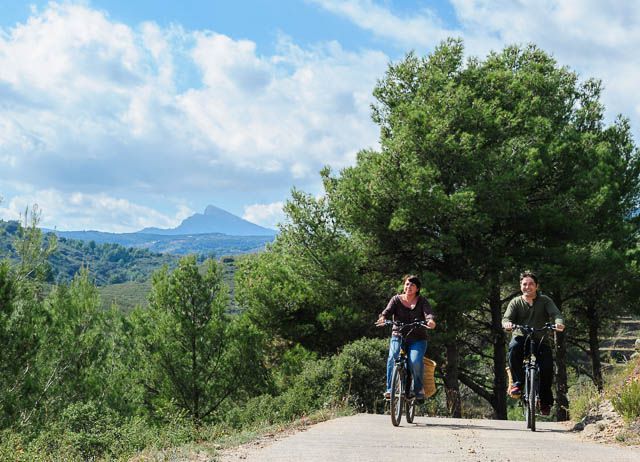 About six months ago I decided that all this driving up and down the mountain to Atzeneta was not doing my thighs and general fitness any good.  You would think that living in the hills with 5 hectares would make you fit, but quite the contrary.  I tend to keep close to the house and due to the workmen, often feel imprisoned in the house while they are banging away outside or partaking of breakfast with copious amounts of wine. 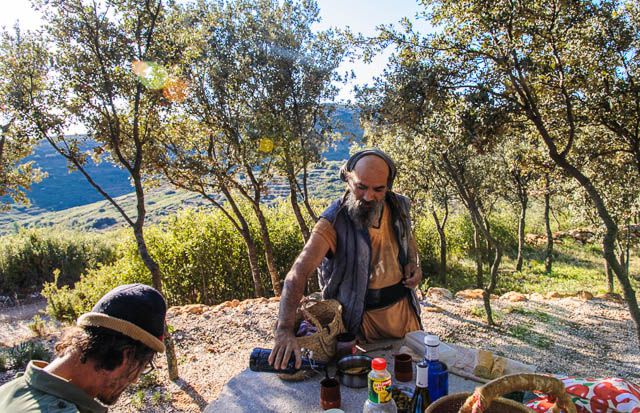 I used to join them from time to time at breakfast, but eventually realized that they preferred to be alone and my liver was not up to A.M. consumption anyway.  In particular the wine provided by Felix from his local village in the Segorbe. It tasted smooth, rich and chalky all at the same time.  It also floored you within about 5 seconds. 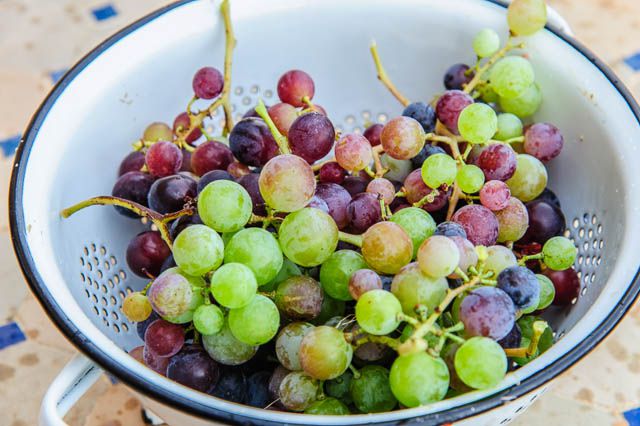 So I pottered around the house or casita a lot and then drove down to the village to get some food and company whenever Maia Lavanda’s off-grid fayre could no longer excite me.  For instance, delicious ripe figs (67 calories each), wild grapes (who knows), pomegranates (more work to eat than calories so a good bet), or the various wild greens that I have learnt are great cooked with copious olive oil, garlic and a generous grating of cheese.  Much better than spinach.  Oh, and there are blackberries, wild asparagus, cherries, apples, of course kilos and kilos of almonds, olives (though these are made into oil – you cannot eat these from the tree, just in case you do not know, for there was a time I did not).

I do put a lot in brackets.  But I think it is better than scrolling down to footnotes. 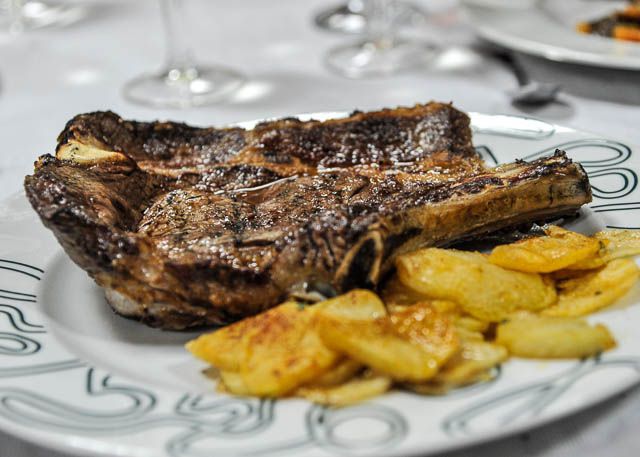 In the village I would either partake of a ridiculously excessive three-course meal full of  the protein I craved at Ramon’s for 9 euros, or do a good supermarket and local deli shop. Then I would hardly walk 10 meters, get in my car and drive back home. Oh dear!  It did have its toll on my weight.  I tried not to look, but when the final zip of my final fat trousers would not do up, I decided to take the flab by the horns, get off my butt,  and GET ON MY BIKE.

After asking around I was pointed in the direction of Decathlon in Castellon and there I purchased a hybrid mountain bike, nice and upright, good thick wheels and about a thousand gears.  I did not want so many gears, but they all had them and so I got them.  To this I added a decent compact lock, a neon green yellow vest, bicycle clips and an absolutely essential back basket to stuff my shopping in.  Decathlon assembled the bike, good service I thought, and then I stuffed the bike in my car and drove back to my mountain. 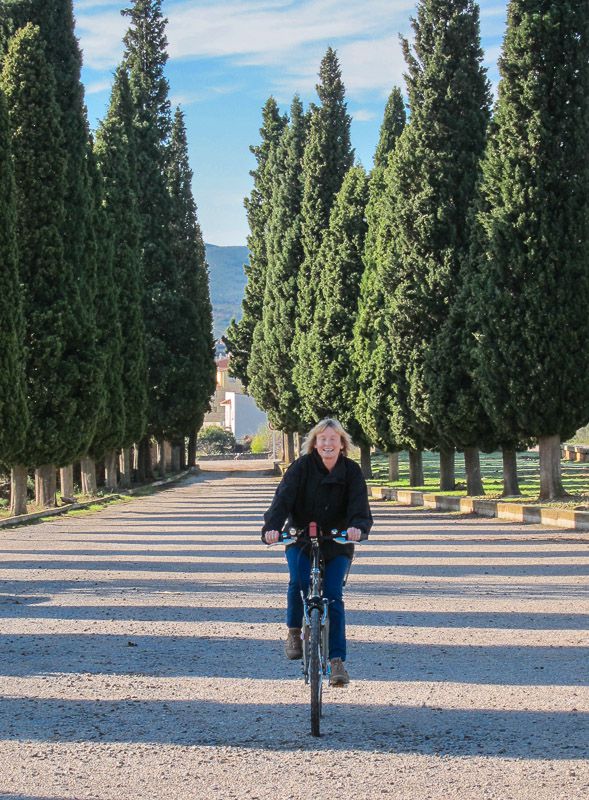 It was a lovely refreshing, if slightly chilly day in May.  The skies were mostly clear, the wild flowers were in full flush, Forget-me-nots all along the verges, and what I think is yellow curry plants.  They certainly smelt like curry in any event, and made me feel hungry.  I got decked out in stretchy skinny jeans, added the rest, and started off down the hill.  Wowww!  I lost control almost immediately.  Mountain bike or no, this contraption bumped and flew over the dirt track at an alarming speed.  I applied the brakes and of course flew off, the bike following.  A bit of hasty maneuvering stopped it falling on top of me.  I reflected that it had been a long time since I had rode.

I got up and walked the bike down to where the asphalted road began.  I guess that is some kind of exercise. I tried once again.  On the downward slopes, I applied the brakes lightly, and when the slopes went up I frantically tried to work the gears, albeit not vey successfully.  There were so many cogs to turn.  Eventually I got to the main road and stopped.  As I dismounted the bike, the saddle dismounted with me.  I bent to pick it up and the front wheel fell sideways.  I also could not help but notice that the crotch of my jeans had ripped.

What is a girl to do?  I had kind of lost confidence in this adventure by now and did not feel like attempting to assemble a bike in the middle of nowhere without any tools or knowledge.  I was as hot as hell and looked like a beetroot.   MY UNDERWEAR WAS EVER SO SLIGHTLY VISIBLE! As if a sign from God, at that moment the handle of my pannier flew off  “à la poltergeist” and hit the funny bone on my elbow.  Ow ow owww.  I called my friend Miguel and he came and fetched me and we went for a raher too boozy lunch. 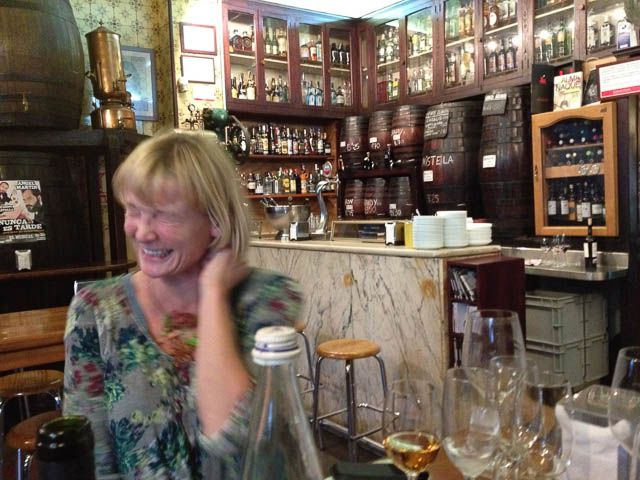 The next day I returned the bike and got a better one.  Decathlon to their credit were very amenable. However, the new bike was no easier to ride for a softie.  Although I eventually managed to get down to the village while remaining on the saddle and the saddle on the bike, going back up was an entirely different kettle of biking technique.  After about 500 meters, I was quite frankly pooped my dear.  I did not realize how steep this mountain is, or how truly unfit I was. I also grew to envy those fit fanatics riding up and down these hills in their horrible tight spandex britches and then sitting down at Ramon’s to copious amounts of food.  Still, that did not prevent me from giving up the bike and returning to the car, growing mushier by the week. 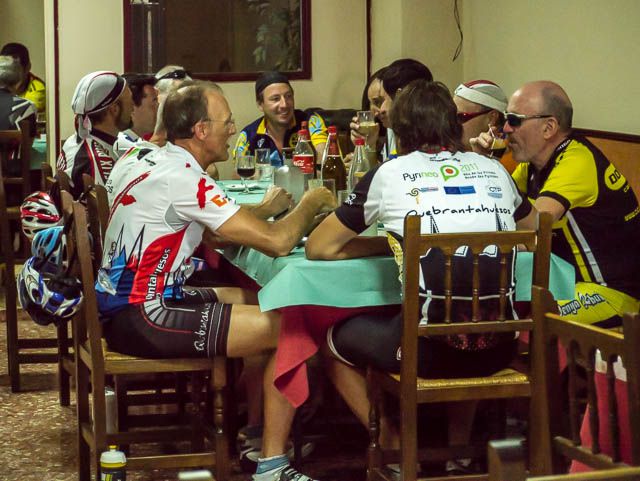 Once in a while I thought I really should give it another go, but my heart sunk at the image of the homeward climb. My son Harvey came to visit and made good use of the bike, claiming it was easy to bike up the mountain, but I caught him out.  He pushed it up just like I had.  My neighbour explained that he had paid 4000 euros for his and that was why he could negotiate skywards. 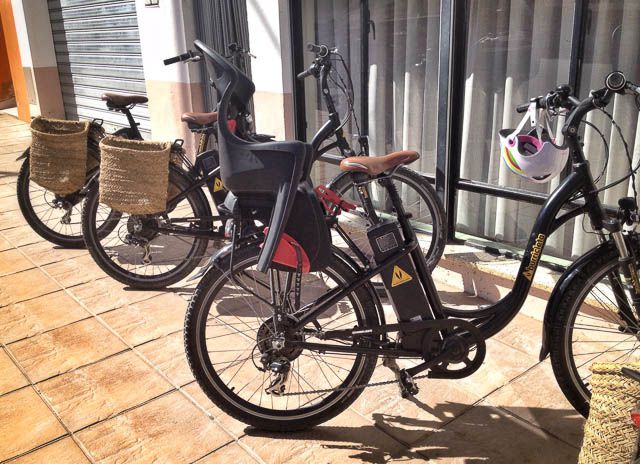 Last Saturday I popped down to Atzeneta, sitting comfortably in my lovely functional car on my mushy arse.  I bought some wine and water, and as I was walking back to the car, a vision of loveliness met my eyes.  A line of handsome black bicycles with proper upright handles, and stitched tan leather seats.  Simple, elegant, sturdy, romantic.  A throw back to my childhood in Holland, the kind of bike that is a joy to ride on, hmm, well, yes, on flat terrain.  What were these doing here in mountain land?  Then I noticed that all the bikes had the same logo “Burricleta” on them, and sitting at the table outside Almendros was a group of people with black t-shirts similarly emblazoned.

My heart skipped a beat.  Could a bike store be coming to Atzeneta?  I stopped and asked, and yes it was, and what’s more IT WAS AN ELECTRIC BIKE STORE!  Now I had written to the bike clinic in The Times after my bike debacle and asked if there was such a thing as an electric bike that could go up the mountains, but they had obviously thought my question did not merit print.  Everywhere I looked electric bikes were billed as perfect for cities and so I assumed that they would not be able to hack the mountains anymore than I could.  Why don’t you get a moped people suggested?   No, that defeated the purpose.   I wanted some help, not all help. 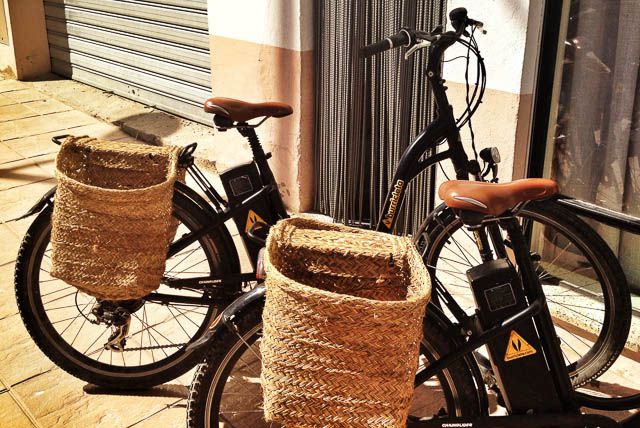 But this new bike shop will carry bikes that are: 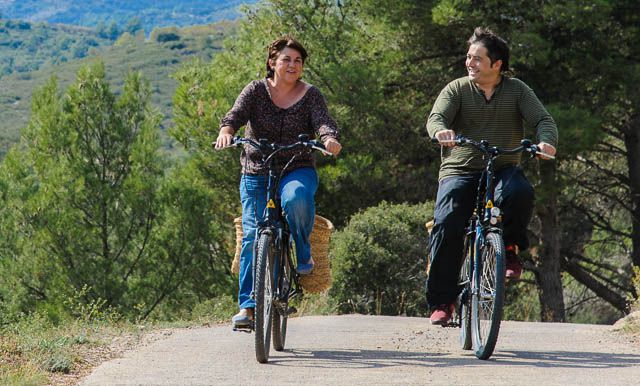 Oh what a wonderful thing!  The shop is opening November 1st and you will be able to hire before you buy her.  I did a bit of routing around the Internet, via Google images, and can tell you that the price they will asking of circa 1000 euros  for this spec of bike is very completive indeed WORLDWIDE.  I have even rode a Burricleta now, nervously after my previous experience.  I am happy to relate that the bike is a joy to ride, totally controllable  – you ask for battery aid just by twisting the handle grip forward.  It is good for 70 kilometers between charges, which I consider fabuloso.  I want one.  I want one now.  I cannot wait.  This lady is a tramp. 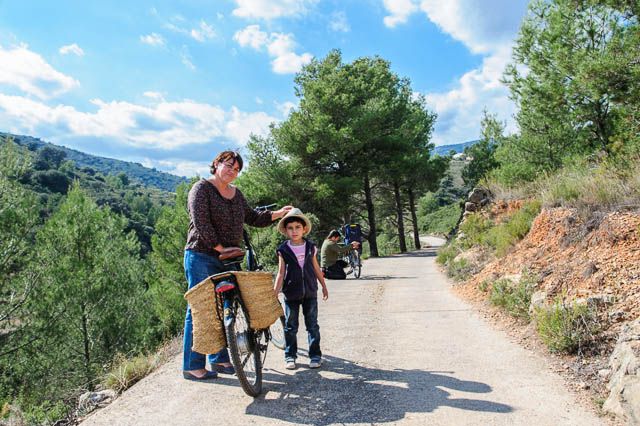 To find out more about Burricleta generally click here