The rain in Spain is mainly on the gain 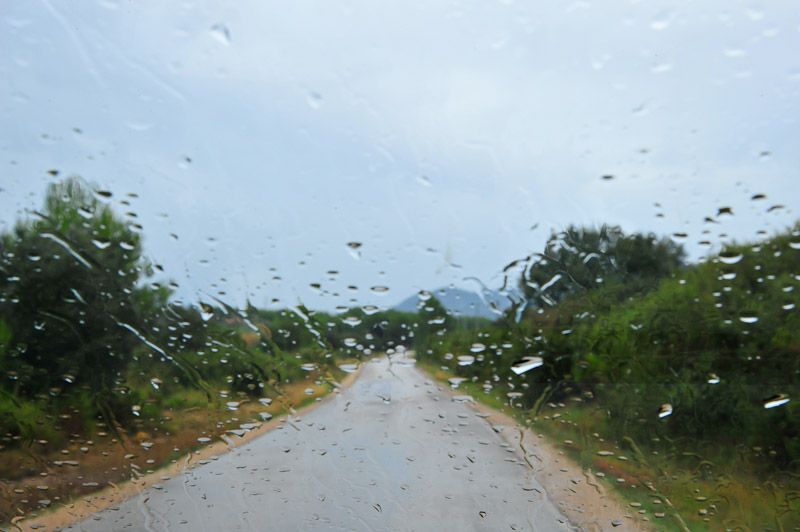 It has been raining all over Spain.  Buckets.  My Internet and mobile signals have been down for two days.   Sunday 180 litres fell in Atzeneta, and probably more up in the mountains where I am.  That night the thunder and lightning around my casita was deafening.

I hid under the bed covers, scared to death.  The loud cracking bangs sounded like the Civil Guardia was going to march into the casita at any moment, armed and shooting.  In the early morning hours a metallic tapping of rain started.  Water was streaming through the roof and pinging against the top of my cast iron fireplace.  Soon after it started to rain on the bed, right over me…

It’s Tuesday now and the downpour shows no sign of abating.  My woodpile is waterlogged and the fire a distant comfort.  I take heart from the weather report though.  On the TV at Bar Almendros I can see lots of solid orange suns all over Castellon predicated for tomorrow. 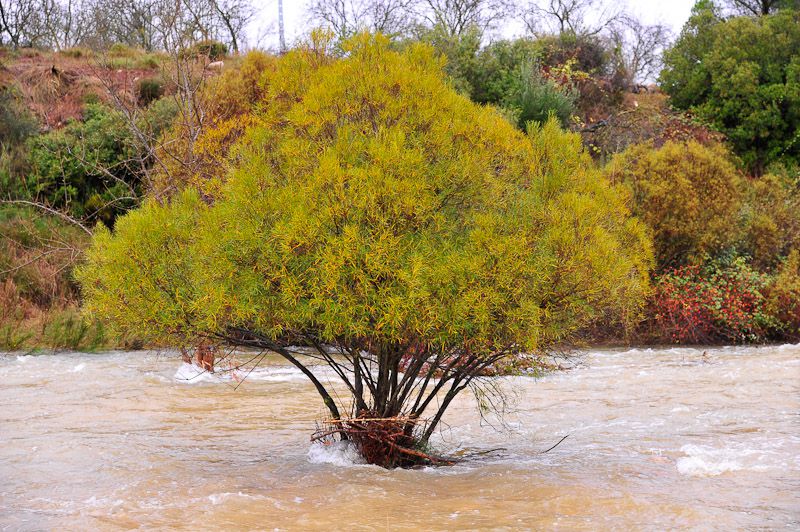 When the deluge started Sunday afternoon, at about 2pm, I drove to the Ajuntamiento and turned the engine off.  I had intended to document the national voting, but it was sheeting down and the streets were deserted.  I sat there for about an hour.  In that time eleven people came to vote.  They all carried umbrellas. 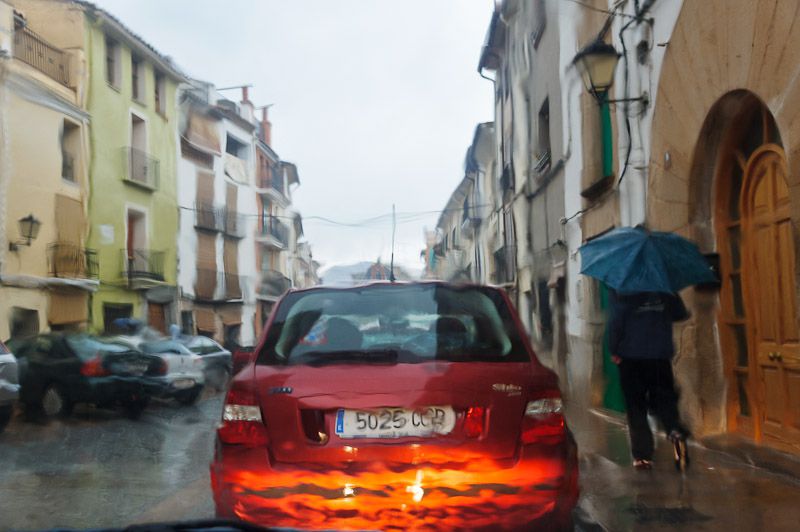 I took a few photos from the warmth of my car through the rain splattered screen and was so pleased with the results (they looked like paintings straight from the camera) that the next day I went out in search of more subject matter.  It came as no surprise that Spain had voted overwhelmingly in favour of the populist party (right wing), but what was a surprise, and a lovely one at that, was that for the first time in many years all the rios and ramblas around Castellon were full of water.  Not just a little trickle, but oodles of it.  It gushed and burbled, picking up speed and years of loose dirt on its way down from the previously dry riverbeds in the mountains to the plains below. 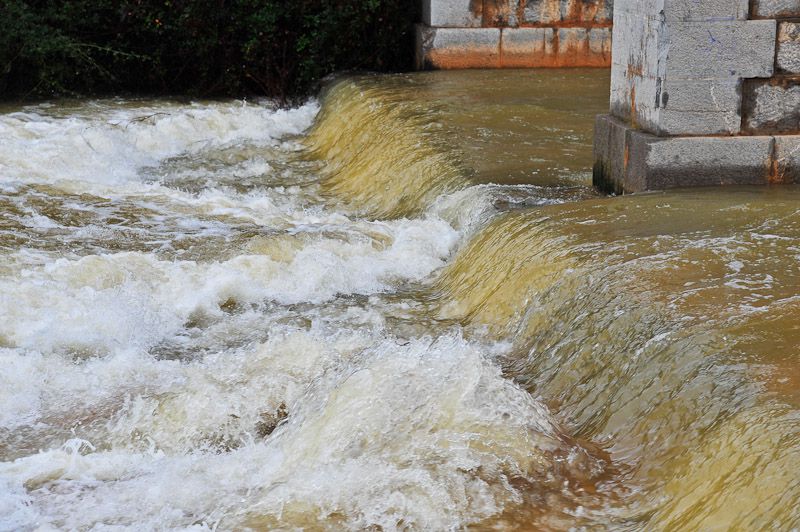 I wondered if it could not be possible to capture this water somewhere and re-circle it, much as in a fountain?  No doubt geologists everywhere would scorn at me. But the sight was so pretty, so romantic, that it made me long for what is no more, for what I have never seen, but that the older folk remember some 50 years or more ago.  Then the mountains were still covered in trees, trees that were subsequently sacrificed to the ceramic factories.  Then the rain still fell in great abundance and stayed, thanks to the meshwork of arboreal roots in the land.

Ecological pipework of sorts, you could say. 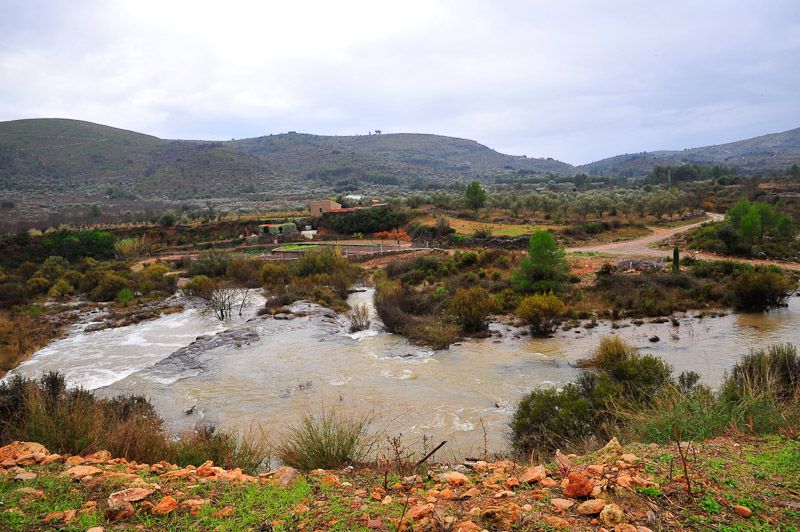 And talking of trees, this caused me to recall, with much pain, how the forestry commissioner had threatened me with another “denuncia” if I so much as planted one more without planning permission.   God forbid I should want to recreate the former green beauty of Spain… 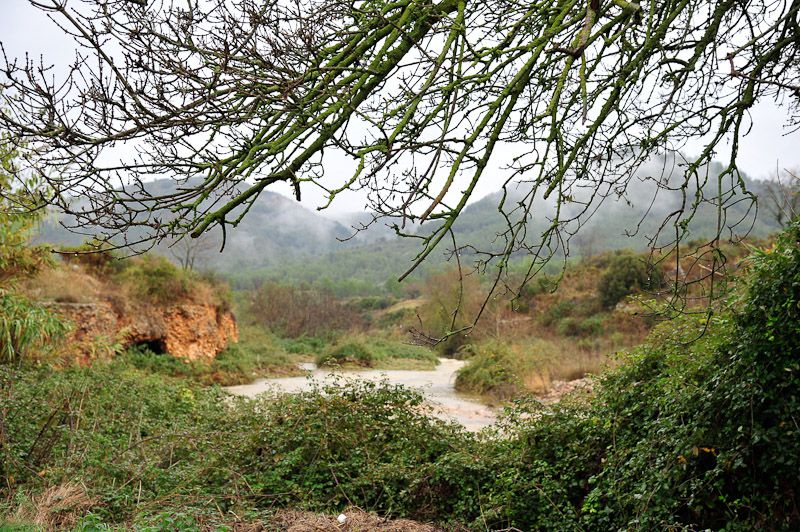 Anyway, as I said,  it is Tuesday and earlier on I had a meeting with the town’s architect, and also my architect attended unexpectedly.   I sat there in silence on the instructions of Carlos the builder while they fought out the ins and outs of planning permissions.  The upshot?  Another survey has been requested.  Some kind of amplification thing.  The meeting was adjourned to the nearest bar without the town’s architect, a crisp and perfunctory woman, and I swear I saw smoke rising from other architect’s refined nostrils.

He is doing the work free of charge.  I should think so too, though I am not sure what work this is, in fact I am not sure I understood the discussions either.  If I understood anything at all, then maybe 50%.   Or maybe just 10%.  But I do know that the first “denuncia” is making its way through the courts and we need to get this sorted before it comes to the fore and causes more problems, of which I have small and larger ones.  Right now however, my most pressing concern is finding a source of dry wood for my casita.  Either that, or a hotel… 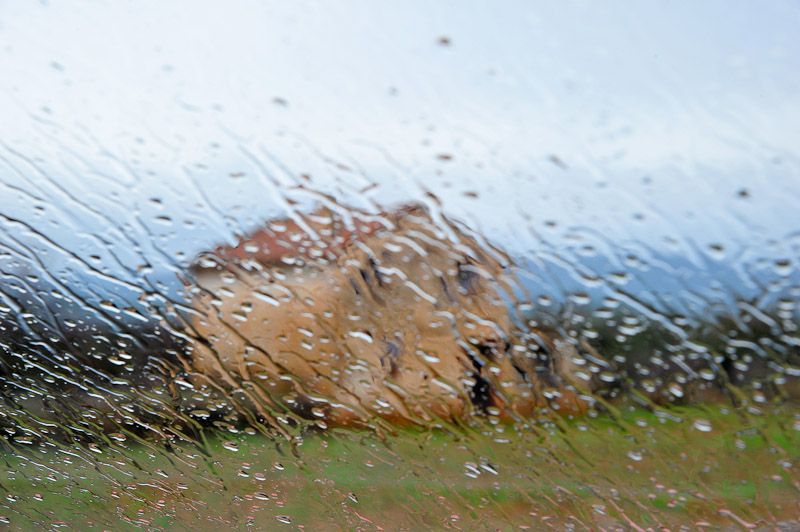