As the colours of autumn in Geneva turn to even more intense hues of ochre, burnt umber, copper and glowing burgundy my thoughts rush to all the winter rituals I love the most about our life in Switzerland.

There’s skiing, of course, but roaring log-fires at dusk too, hot chocolate & crêpes on Sunday afternoons and a convivial fondue shared with family and friends on those crisp, winter starry nights when the air carries scents of burning wood and pungent frost. 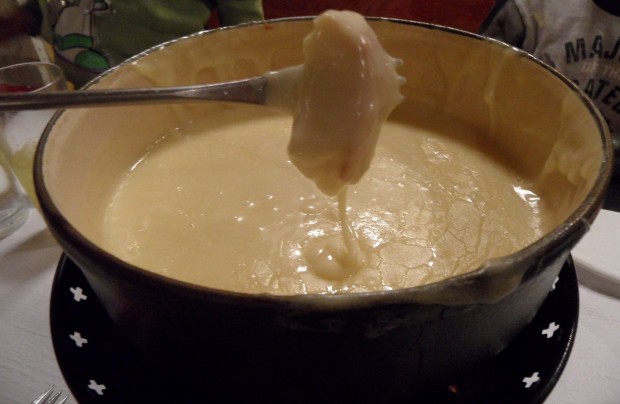 The exact origins of what is now known as the Swiss national dish are shrouded in mystery, its roots shared with the neighbouring French region of Rhône-Alpes and the Italian alpine regions of Piemonte and Valle d’Aosta – but in the 1930s the Swiss Cheese Union claimed it and actively promoted it as the nation’s favourite cheese dish. Some say it’s symbolic of this country, with its different cultures and languages coming together harmoniously in a (delicious !) melting-pot.

Cheese fondue consists of a mix of melted cheese, white wine and often kirsch cooked in a ‘caquelon’ that has been previously rubbed with a clove of garlic. The crunchy bit of cheese left at the bottom of the pot once the fondue is finished is called ‘la religeuse’ (‘the nun’ – don’t ask me why) and is the titbit everybody fights over. 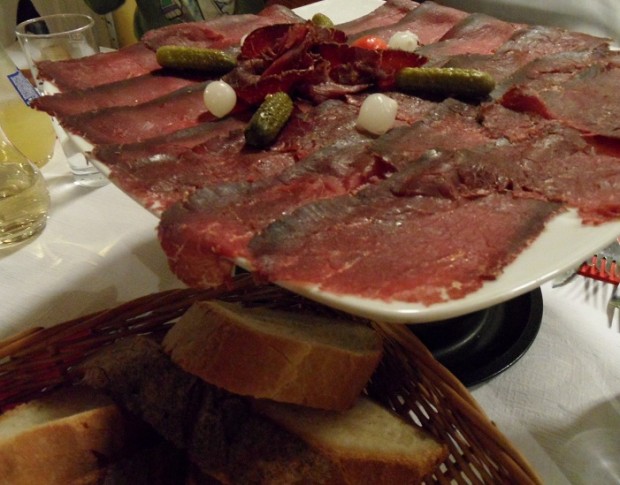 No fondue meal is complete without a delicious “assiette valaisanne”

So, if you’re ready to try some mean fondue in Geneva this winter, get your dipping forks ready !

I have come to realise that adjusting to life in Geneva as an “accidental trailing spouse” can be a lot more baffling than I’d imagined. This blog recounts my efforts to take the rough with the smooth, and retain sanity along the way.