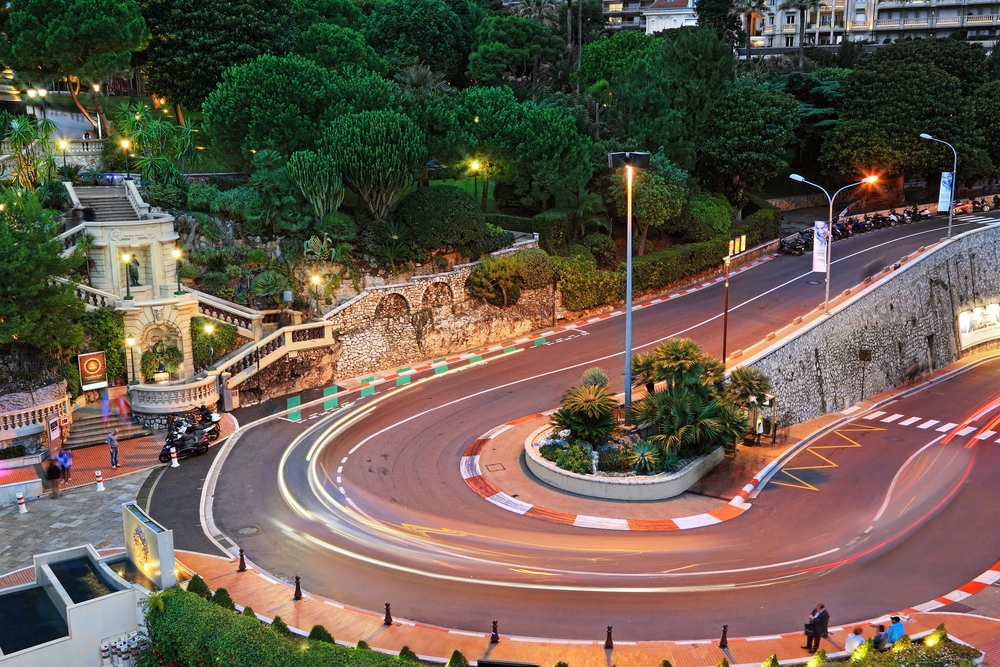 Information on the prestigious F1 motor sporting event which comes to Monaco each year. Find out the history, the circuit, where to get tickets and how and where to watch the race in the Principality...

The Monaco Formula One Grand Prix, including practice sessions, traditionally takes place over four days on the last weekend in May each year.

The first Grand Prix was raced in 1929 in Le Mans at a time when the world championship did not exist. The race was held for the next eight years before the Second World War broke out and interrupted the racing calendar. Three more races took place between 1948 and 1952 before Monaco became a permanent fixture in the racing calendar.

The circuit is over three kilometres long and the race covers 78 laps. The race starts on Boulevard Albert 1er, turns right at Place Sainte Dévote and climbs Avenue d'Ostende, round the Massenet curve to the left followed by a right turn across Place du Casino to Avenue des Spélugues and its downhill hairpin bends to a right turn into Boulevard Louis II which takes it through the tunnel and then on to Quai Albert 1er and around the port before a right hairpin turn at Rascasse and the end/beginning of the circuit.

There are road closures around Monaco and specifically the circuit.

The circuit itself is closed to traffic from:

Tickets for the grandstands around the circuit are available through the Automobile Club de Monaco. There are also many hospitality companies that offer VIP packages.

Good vantage points are difficult and expensive to obtain. Hotel rooms, private balconies, terraces, restaurant tables and yachts are some of the places to view the Grand Prix. There are no official free viewing areas.

Hotels in the region are heavily booked as are flights to Nice Airport. The cost of a hotel room with view of the circuit for just one night can multiply over 20 times and be over €10,000. The best rooms are usually booked months in advance.

Many charity events take place around the Grand Prix (free diving, drivers' charity football match), details of which are released closer to the race.