Moving to and Living in Mougins 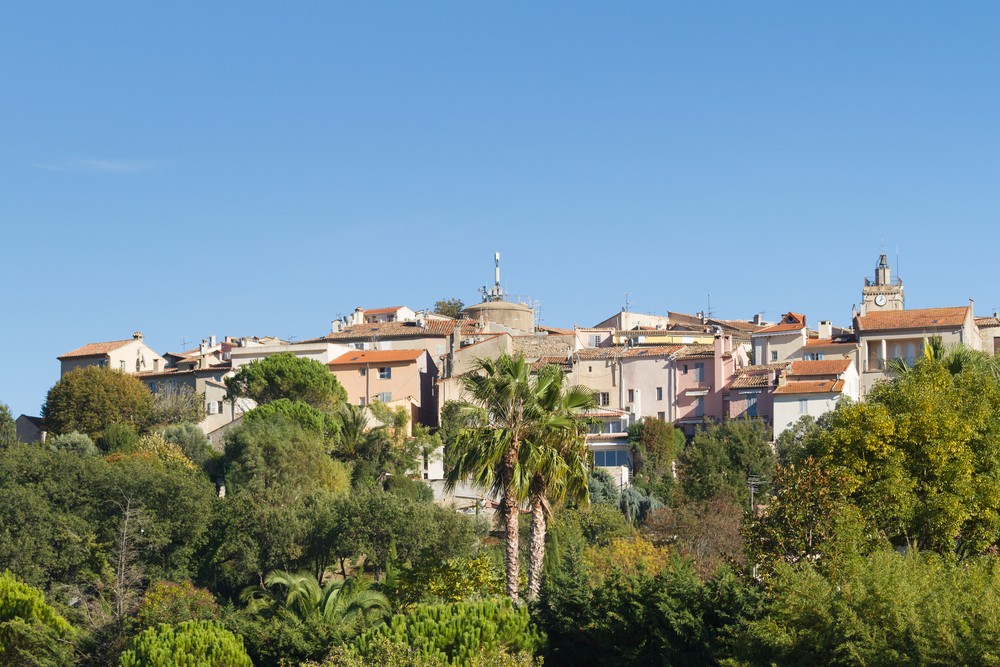 All the information you need about Mougins if you are planning a move or are already living there. Get details about the different places to live in Mougins, things to do, schooling, transport and where to go for all administration procedures...

Mougins, with over 300 days of sunshine a year, surrounded by woodland and nestled in the hills just north of Cannes and south of Grasse, has historically been frequented and inhabited by many world-famous artists from Picasso, Léger and Cocteau, to Man Ray, Piaf and Dior, to name but a few.

Historically an area of floral production with the cultivation of jasmine, lavender and roses for the perfumeries in nearby Grasse, Mougins has become massively urbanised by neo-Provençal villas and, in the last decade, more modern and contemporary architecture. The old town is replete with art galleries and artists’ studios and home to several renowned restaurants.

Quartiers, or neighbourhoods of Mougins

A large part of the Sophia Antipolis technology park lies in the commune of Mougins and has attracted an important international population to the area. Mougins housing prices are high, some of the highest on the Riviera, but the advantages are significant - just 15 minutes from Cannes, 10 minutes from Grasse, a low crime rate, a major international school, sports facilities, protected woodland, and the close proximity of the Sophia Antipolis technology park all contribute to making Mougins a desirable destination on the Côte d’Azur.

Mougins Est – including Devens, Font de l’Orme, Bréguières: In the Font de l’Orme area, to the east, you will find a gymnasium, the Devens school, the Clinique de l’Espérance and Mougins International School. Also tennis courts and other sports facilities including a football stadium, the Cannes Mougins Golf Country Club, the Etang de Fontmerle and the Parc de la Valmasque.

Mougins Sud – including Cabrières, Aubarède, Campelières: South Mougins borders on Cannes and Le Cannet and has a college, nursery and primary schools, gymnasium and swimming pool.

Mougins-le-Haut – including Ferrandou, Voie Julia: Built in the 1980s and based on a copy of an authentic Provençal village with residential apartments in a neo-Provençal style, and some small local shops on ground level.

Mougins lies between Cannes and Grasse, close to the Sophia-Antipolis business park and the protected Valmasque forest.

The nearest SNCF railway stations are Mouans-Sartoux and Cannes, with trains connecting to all major cities along the Côte d’Azur and beyond.

Mougins’ main bus network is run by Palm Bus, operating services in and around Mougins as well as routes to Sophia Antipolis, Cannes and Mouans-Sartoux.

For taxi services in and around Mougins see the Directory for Taxis, Shuttle & Airport Transfer.

One of the main attractions of Mougins for expat families is its international school, Mougins School, offering the British curriculum for students aged 3 to 18.

The closest university is the Université de Nice Sophia-Antipolis, with campuses in Nice and Sophia, and is a popular destination for foreign students.

Mougins-Village has few shops other than ones selling art or tourist souvenirs with the usual local produce including olive wood and lavender or jasmine sachets.

The commune of Mougins doesn’t have a central shopping area as such but has a number of large supermarkets, garden centres and DIY shops. The nearest shopping towns are Cannes and Grasse, both of which offer a range of high-street shops and boutiques.

Most of the bigger shops are open from 10:00 to 19:00, whereas smaller boutiques tend to close over lunch.

There is an organic food market in Mougins-le-Haut twice a month. For other produce markets, see our Markets section for details of dates and times for each market.

Mougins also hosts the International PRO AM Golf Festival and an organ festival launched in 1997.

Mougins, famous worldwide for its restaurants, offers a wide variety of choices, from fine dining to more casual options, the most famous being the Moulin de Mougins and the Restaurant Candille.

Close to Antibes and Cannes, much of the nightlife takes place on the coast, although Mougins and surrounding areas have a few late night bars and cafés.

Children’s activities in Mougins include sports facilities such as hockey, tennis, swimming, golf, boules, fishing, hiking and dance. There are also workshops available in a number of disciplines from painting to clay modelling and, naturally, cooking classes.
The Forêt Départementale de la Valmasque, a protected forest, lies on the eastern boundary of Mougins and has a number of mountain bike trails and sports tracks.
The Etang de Fontmerle lake has the largest number of Asian lotus varieties in Europe, as well as approximately 70 different species of birds.
The Eco’Parc de Mougins, built in 2010, has a 5000 square metre building in 2.5 hectares of woodland. There are wooden slides, swings and climbing frames for children, as well as huts, trails and picnic areas.
Skiing is another popular activity with the first winter sport resort just 40 kilometres away.

Much paperwork is carried out at the the Sous-Préfecture de Grasse including car registration, driving licences, residency cards, naturalisation and assistance to foreign students. Some issues may need to be dealt with at the main Préfecture, which is in Nice.
Opening times depend on the service you require and can be found on the website. Many procedures can also be dealt with online. Contact details for the Préfecture and Sous-Préfecture can be found on our Administration page.
Parking: there is a paying car park, Cresp, on cours Honoré Cresp, 200 metres from the Sous-Préfecture.
The Mairie, which is the Town Hall, delivers birth and marriage certificates and licences, publishes banns before you get married, conducts marriage ceremonies, provides access to social housing and municipal nurseries (crèches), as well as information on state education, elections and cultural activities.

France provides a collection service for the removal of large objects though the service differs according to areas. In Mougins this service is provided by the Centre Technique Municipal. You will need to make an appointment by telephone for collection from a given address.