Moving to and Living in Nice 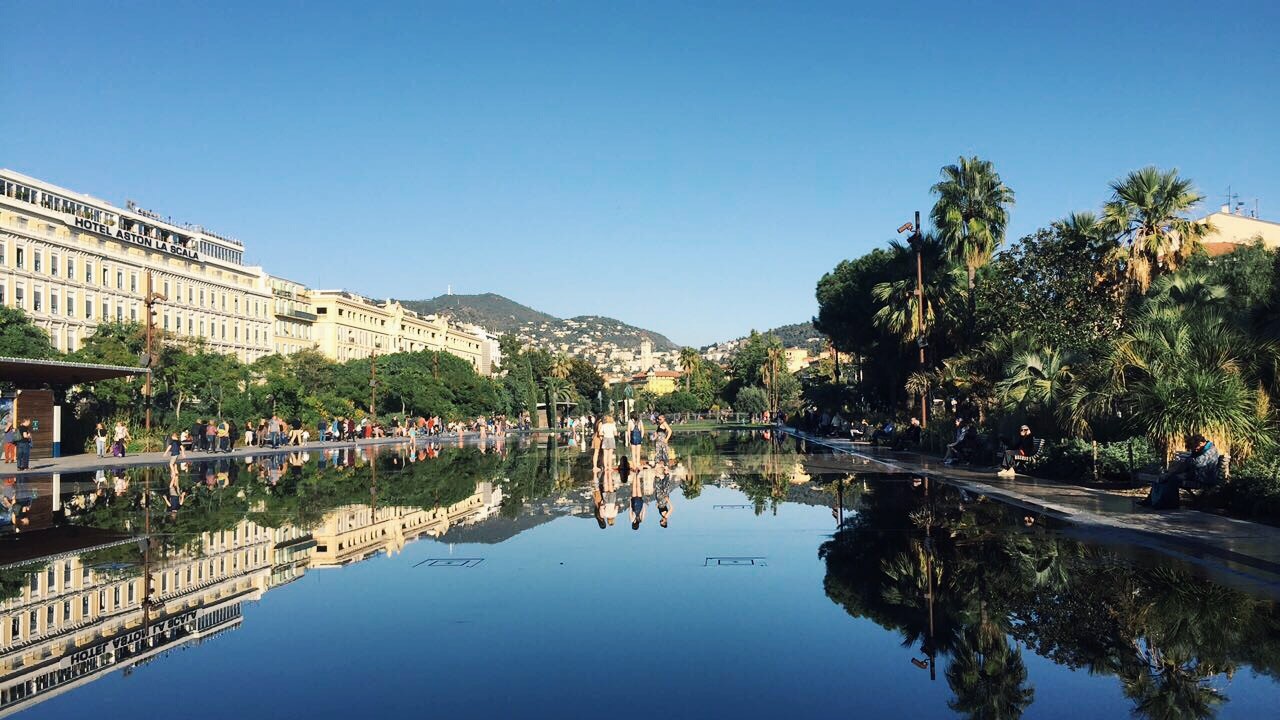 All the information you need about Nice if you are planning a move or are already living here. Get details about the different neighbourhoods, things to do, schooling, transport and where to go for all administration procedures

Nice is the largest town on the Riviera with a young and cosmopolitan population, rich with culture, entertainment and shops, modern art, Matisse and Chagall museums, an active opera house, concert halls, music festivals, the famous Nice Jazz Festival and Carnival, several shopping malls, international schools and, of course, the beaches.

Quartiers, or areas of Nice

Nice is a town with contrasting neighbourhoods, from lively to suburban, affordable to luxurious. Here is a brief overview.

The Old Town (Vieux Nice) is the liveliest area with its narrow streets, restaurants, bars and live music, and a mixture of residents from long-established locals to students. Prices vary from the more affordable small and sometimes run-down studios to sought-after renovated luxury apartments, some with rooftop terraces.

Nice Port is situated next to the old town and the area has been subject to much change and development over the last years. The proximity of the tram, now being extended, has encouraged renovation and prices vary accordingly.

Nice Riquier has its own SNCF railway station and is centrally located north-east of the Port. An authentic area with less tourism, it also has a University Campus.

Nice-Ouest, between the town centre and the airport, is a residential area popular with families but property prices can be high.

Borriglione/Malausséna, situated north of the centre and close to Nice University, has a large student population and easy access to the town centre by tram.

Cimiez lies north-west of the town centre and is one of the most sought-after residential districts close to the centre, with parks, luxury villas and apartments.

Mont Boron, a wooded hill overlooking the town on the south-east side with impressive views and villas, is one of Nice’s most expensive areas for property.

Nice has a good network of buses, including some night buses, as well as the recently built tram line which is currently being extended. There are three SNCF railway stations, Nice St Augustin, Nice Ville and Nice Riquier. There is also a narrow-gauge railway line between Nice and Digne and Nice and Colomars, the Train des Pignes or Chemin de Fer de Provence, with magnificent views of mountains and rivers, often inaccessible by car.

See our Nice Tramway information page, as well as the page on Riviera Bus Services.

Taxis in Nice are expensive, especially at night, and it’s wise to check the fare beforehand.

The University, Université de Nice Sophia-Antipolis, is a popular destination for foreign students.

The Old Town has lots of small shops ranging from tourist shops to small grocery stores and designer boutiques. The Cours Saleya has a flower, fruit and vegetable market every day except for Mondays when it hosts the lively Marché des Antiquaires, a weekly antiques and bric-a-brac market.

Nice has a number of museums including the Modern and Contemporary Art Museum (MAMAC) in the town centre, the Matisse  and Chagall museums in Cimiez, the Musée d’Art Naïf and Musée des Beaux-Arts, as well as a photographic museum, the Musée de la Photographie Charles Nègre in the old town, and a number of municipal art galleries.

Our Events guide has information on the many museums in the region. It's worth noting that there are several museum passes available, which you can find out about here.

Nice Opera, in the Old Town, offers a rich programme of opera, symphony concerts, recitals and ballet. Other venues include Nice Acropolis, with a programme of concerts, dance, theatre and trade fairs and Palais Nikaïa, just outside town, essentially offering a programme of international stars.

Nice has countless restaurants, many situated in the Old Town, with a variety ranging from typical French cuisine to Italian restaurants and pizzerias, as well as world cuisine including Indian, Asian and North African. Beach restaurants open for the season from about April to November. Better deals than the centrally located and more tourist-orientated restaurants can often be found in each quartier or area of Nice, with their own range of local restaurants.

See our Eating Out page for a selection of restaurants in Nice.

Most of Nice nightlife is centred in or near the Old Town and the Port areas where you will find an array of late-night bars and clubs, including several Irish pubs, jazz bars and other live music venues, many of which offer a daily happy hour.

See our Riviera Bars & Pubs in Nice page for a selection.

Nice has several child-friendly parks, in particular the Promenade du Paillon and the gardens of the Colline du Château. Fun outings for kids include Parc Phoenix and Kid City. There is a municipal swimming pool, the Piscine Jean Bouin, in the town centre, open all year round except for public holidays.

Much of the paperwork you may need to do when moving to Nice is carried out at the Préfecture des Alpes-Maritimes including car registration, driving licence, residency cards, naturalisation and assistance to foreign students.

Opening times depend on the service you require and can be found on the website. Many procedures can also be dealt with online. Contact details for the Prefecture can be found on our Administration page.

To get there by car take the Autoroute A8, exit 51 St Augustin, and follow signs to the Préfecture. There is a large paying car park. Alternatively take the bus, numbers 9, 10 and 23 all stop at the Préfecture.

France provides a collection service for the removal of large objects though the service differs according to areas. In Nice you will need to make an appointment by calling the Service Encombrants de Nice who will collect from your address.