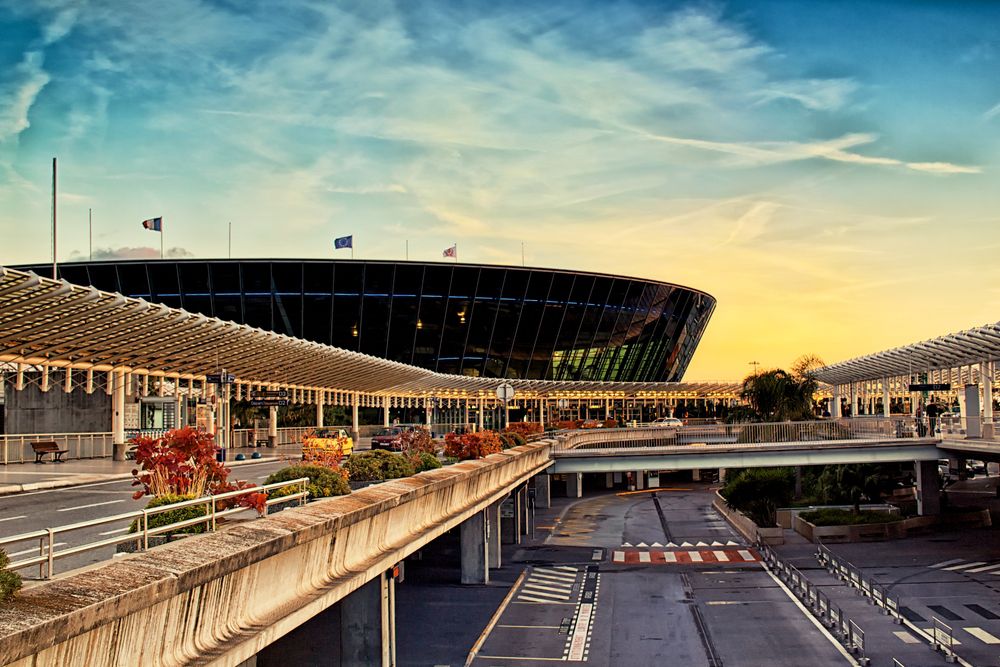 How to get in touch with Nice International Airport, Toulon-Hyeres and Cannes-Mandelieu Airports. Up-to-the minute flight information links to taxis, lost property and airport information. Also details of the Heliports and maps locating the airports...

The airport has two terminals with a free connecting shuttle service (navette) running every 5 or 10 minutes depending on the time of year.

Getting to the Nice Côte d'Azur Airport using public transportation

Nice Airport Xpress operates regular buses to and from Nice Airport. Tickets for these buses can be purchased at the bus ticket counter outside arrivals. Tickets can be purchased online as well. Note that when buying a ticket online, it is necessary to select a time, however, it is still possible to get on an earlier or later bus than the one selected:

Note: The last airport bus to Cannes or to Vallauris via Antibes is at around 20:00 (for Cannes) and 20:20 (for Vallauris). There is a bus that runs along the coast road, Line 200 from Nice to Cannes, stopping at all towns along the way until around 22:00.

Line 200 is operated by Lignes d'Azur and does not stop at either of the airport terminals, however, it does stop at the "Aéroport Promenade" stop nearby. This bus stop is approximately a two minute walk from Terminal 1.

Lignes d'Azur operates several lines to and from Nice to Nice Airport, as well as urban bus lines.

Taxis at the airport

There are taxi ranks located just outside arrivals at both terminals. These can be quite expensive for long distances, especially at night time. If your plane is to arrive late in the evening, it is advisable to book an airport transfer beforehand as there are few public transport links after 20:00 to Cannes or Antibes for example.

Aéroport International Toulon-Hyères airport largely serves destinations in France, however each summer there are additional flights, sometimes to UK and North African destinations. The airport website has information in English.

This small airfield serves light aircraft and small charter planes. Airport rates and details on the services available to crews and pilots is clearly laid out on the website in English.

Heli Air Monaco operates out of Monaco heliport. It provides charter flights as well as a regular Nice-Monaco-Nice connection service picking up arrivals at T1 gate A1, and T1 gate A4. Flights can be booked online.